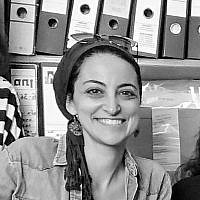 Social media is abuzz with news of an order by the Rabbinical High Court of Appeals to impose social sanctions on recalcitrant husband Oded Guez after refusing to grant a Get, religious writ of divorce, to his estranged wife for the past four years. While social media shaming is not new to cases of Get refusal, this is the first time that the Beit Din, religious court, has initiated it. Israel’s Chief Rabbi David Lau prescribed the tactic as a modern-day incarnation of the medieval harchakot d’rabbeinu Tam, a form of religious and social excommunication. Journalists, bloggers and activists celebrated the move as a welcome statement by the Beit Din, which is notoriously slack when it comes to pressuring recalcitrant husbands.

In a separate case three months ago, the Beit Din summoned a recalcitrant husband to court along with five of his professional colleagues, in hopes that the presence of his peers would shame the man into giving a Get. While the Beit Din occasionally calls on family members to exert pressure on their Get-refusing relatives in court, summoning colleagues from the husband’s professional life had been an unprecedented move until now.

In the right hands and when managed responsibly, social shaming campaigns are important because they work. A great example of their efficacy is the work of The Organization for the Resolution of Agunot (ORA), whose campaigns have proven effective as a last resort in particularly deadlocked cases.

They are also important because they force the Orthodox Jewish community to confront and denounce a type of abuse that can only exist within that community. Get refusal is a social choice, not a private dispute, because it hijacks the social dictates of religion to oppress the very people who have chosen to live by those dictates. Participating in the public shaming of Get refusers sends the important message that Get refusal is abhorrent and unacceptable to members of that community. The aim is for recalcitrance to incur such a heavy social price that engaging is no longer an attractive option.

The Oded Guez campaign, however, is far from a case of a disgusted community denouncing a Get refuser in their midst. It is hardly the valiant last resort of a socially conscious public mobilizing to bring justice to an abused woman.

The shaming of Oded Guez is an embarrassing, theatrical farce by the Beit Din and Rabbinate of Israel. Here’s why:

Israel’s Beit Din is a legally empowered body with real judicial tools at its disposal, yet it has repeatedly refused to wield them to free disadvantaged women. Dayanim of the Beit Din have tremendous power; they are authorized to impose criminal sanctions on Get refusers, including jailing a man indefinitely until he gives a Get. But instead of employing legal tactics available to them against the offending husband, the Beit Din sentenced the wife to languish in what amounts to social prison for years. Their actions–or lack thereof–are negligent and irresponsible at best, cruel and abusive at worst.

Four years later, how dare the Beit Din now turn to us, the very public they are entrusted to serve, to pick up their legal slack.

How dare they shirk their legal, moral and communal responsibility and spin it back at us under the guise of groundbreaking compassion and creativity.

What nerve to expect us to commend them for such a grandiosely empty gesture when understood in context for the sham it is.

How pathetic it is that the Beit Din so confidently banks on the public’s acceptance of its ineptitude that it expects us to enlist in digital vigilantism on its behalf.

How absurd that we celebrate their admission of systemic malfunction, instead of holding the responsible authorities accountable for failing.

How easy it is for the Beit Din to issue a directive to the public, focusing our outrage on the husband, while ignoring that it is the Beit Din itself which enables him to commit this abuse in the first place.

What a ludicrous joke. And we are all its butt.