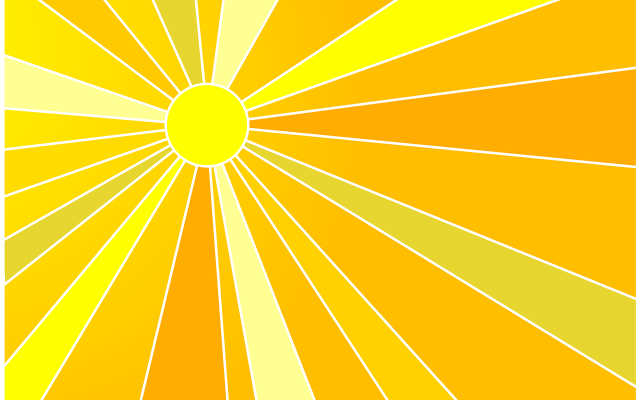 We usually characterize the difficult times in our lives as “the dark times,” whether they be a period we stressed from work, feuded with friends, or struggled with mental health. For whatever reason, the label fits our experiences, and it suggests something interesting. Darkness is essentially a lack of light, and from that absence, darkness becomes a symbol of the strange or the uncertain. But seemingly unrelated to that, darkness is also associated with evil. Darkness thus serves to bridge a relationship between the unknown and the bad, but why is that so?

At the conclusion of Megillat Esther, after the decree approving Jewish genocide is rebuffed and the Jewish People are assured safety, we are told, “The Jews enjoyed light and gladness, happiness and honor” (Esther 8:16). It would be more than accurate to say that the Purim story, until salvation began, was a dark time for the Jews, and to that effect, when that overhanging sword falls at the wayside, the people “enjoyed light.” Sure, it makes sense that the people would enjoy gladness, happiness, and honor, but what does it mean to enjoy light?

Ibn Ezra takes the enjoyment of light to be an analogy for understanding rejoicing: The taste of light is like one who sits shrouded in darkness and enters the world, finally finding the light. Ralbag says something to a similar effect, saying that the “light” is the greatest happiness as a time of pain with no expected end is like “darkness.”

From Ibn Ezra and Ralbag, our initial suggestions of darkness and light are sharpened: The pain of darkness is rooted in the inability to find healing and resolve, but its opposite, light, provides just that. Thus, it makes sense that the Jewish People enjoyed the light, as though the chess pieces falling away, the whole board became clear. But even with this understanding, it hardly provides us with much direction. After all, of course the Jewish People enjoy the light when it becomes available, but what about the journey until that point arrives, if ever?

The Midrash tells an interesting anecdote that helps to answer this question: “Rabbi Ḥiya Raba and Rabbi Shimon ben Ḥalafta were walking in the valley of Arbel and they saw the breaking of the dawn’s light. Rabbi Ḥiya Raba said to Rabbi Shimon ben Ḥalafta: So is the greatness of Israel. First a little and then, as it proceeds, it continuously increases” (Esther Rabbah 10:14). Healing is a gradual process. If we expect the light to burst through our solitary space filled with blackness, then we are waiting on something unrealistic. Rather, as the Midrash says, light comes in slowly but surely. Though this may seem like a waiting game, in fact, there is more control we have over the situation than we may think.

The prophet Micah writes, “Though I sit in darkness, Hashem is my light” (7:8). Malbim shows to be an avenue for us to regain control over the light we need. Even if we lack a light that changes our situation, a material light, he writes, “I have the light of Hashem that is the light of religion and faith, the light of hope through the salvation of Hashem.” The Purim story presented itself to be hopeless, an abyss with a disastrous end, but by its conclusion, we saw each shadow to be a pocket of light. Purim tells us that even when the darkness seems overwhelming, the light will always arrive to wave it off. And while we may not harness the power to access the ultimate light that will fix our problems, the light of Hashem is always accessible to us. When we tap into that light, we can truly say, “You turned my lament into dancing, you undid my sackcloth and girded me with joy” (Tehillim 30:12).