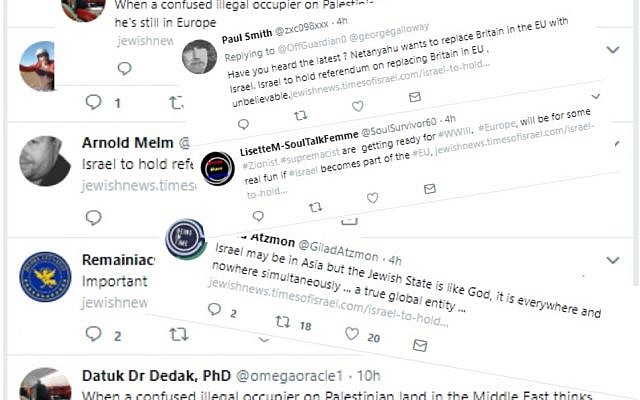 Examples of tweets including the Jewish News' Purim Spiel

The annual Jewish April Fools is a tradition the community looks forward to, but thanks to growing wariness of so-called ‘fake news’, it’s becoming increasingly difficult to fool people.

If you had picked up the paper this week, you’d have seen two quite obviously fake stories.

The first story was about the United Synagogue introducing a talking ban during kiddish. As it only appealed to the Jewish community, most people got the joke and laughed it off.

The second story by ‘Mordy Chai’ claimed that Israel was seeking to join the European Union in the wake of Britain’s departure with Brexit. You can read it here. 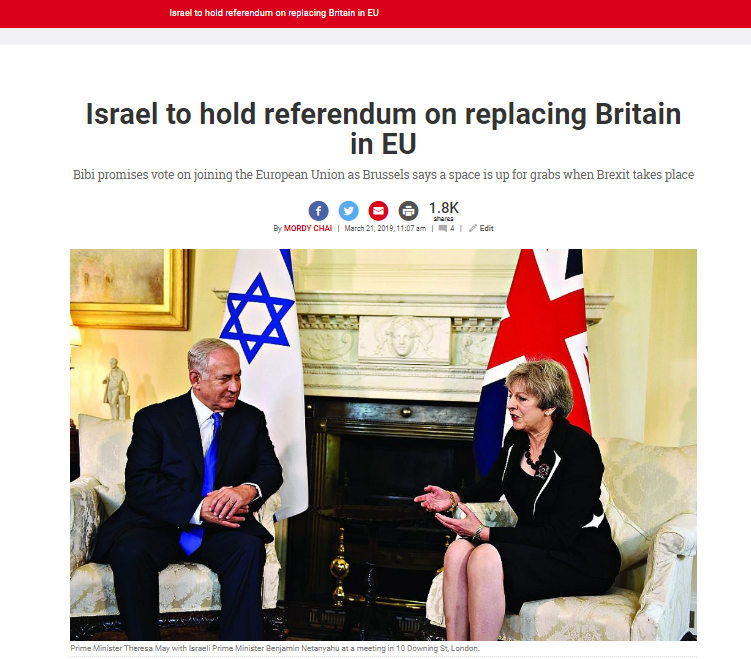 Now if this was true, it would have been a pretty big story.

But it was not reported by any national broadcasters or newspapers.

It’s quite obviously a fake story, with fake names like ‘Esther Giaufret, the EU’s ambassador to Israel’; (the actual ambassador is ‘Emanuele Giaufret’).

The quotes included – supposedly from the Israeli Prime Minister, in a press conference nobody else in the entire world had reported on – are also clearly made up.

Now, I’m wary of the notion of ‘fake news’; I.e. hoax information, of which this clearly is.

But it’s also a joke.

Yet many shared and retweeted the story as if it is true and taken it at unquestioning face value.

On Twitter alone, people shared the story, sharing all kinds of racist antisemitic bile. One person said “Zionist supremacist are getting ready for WWIII”, while another said: “Thanks to the likes of Joan Ryan, Chuka Ummana, Arron Banks, Nigel Farage and a whole host of racist rightwing tools, Israel has managed to b*****k the UK with ease”. 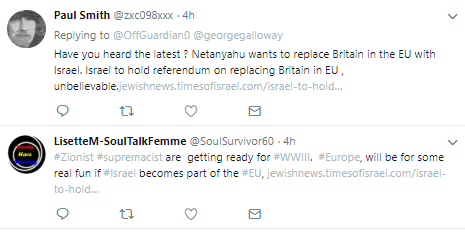 A third said “give these bastards an inch and they’ll try to take a mile. No wonder they’ve been expelled from damn near every country in the world?”

And amazingly, Israeli-born ‘ex-Jew’, antisemite Gilad Atzmon even bought into the story, saying:

“Israel may be in Asia but the Jewish state is like God, it is everywhere and nowhere simultaneously,, a true global entity”.

Surely an Israeli-born ‘ex-Jew’ like Gilad Atzmon would realise an article by-lined by ‘Mordy Chai’ on Purim is a spiel?

It’s almost funny that these people have bought into the joke, and think it’s actually true. The spiel did its trick.

But it’s also scary that it gives them a chance to complete their warped worldview, based on a wealth of conspiracy theories about Jews running the world.

This fake news story allowed their racism to bubble to the surface, almost as if they want to believe it’s true so that their distorted ideology makes more sense.

The Purim spiel should be a light hearted joke which initially fools people before they realise they’ve been duped.

In our post-truth political environment where conspiracy theories have infiltrated left and right, it makes it increasingly hard to spread the spiel in a humorous way.

Perhaps the annual Jewish April Fools should be kept within the Jewish community, through stories about kiddish, if the rest of the world can no longer take a joke. 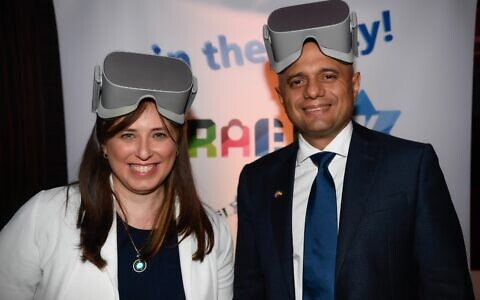 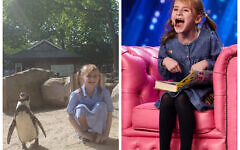 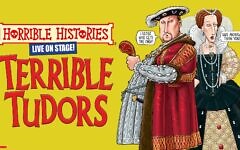 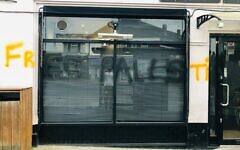