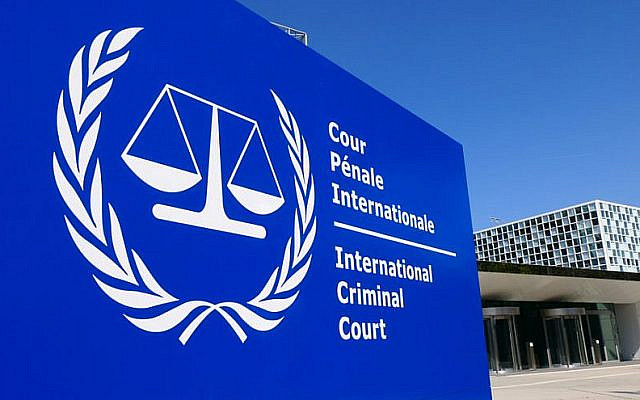 While this situation is brimming with complicated and technical concepts, the recent ICC decision to move forward with opening a criminal investigation against Israel and the Palestinians is really just the latest example of a decades-long effort to manipulate international bodies into undermining Israel’s legitimacy and limiting its ability to defend itself against terror attacks. This is not the pursuit of justice; it is a political attack disguised as judicial action.

The International Criminal Court (ICC) is meant to act as the court of last resort to prosecute individuals for genocide, crimes against humanity, and war crimes when countries’ own judicial systems are unable or unwilling to do so. The ICC is absolutely out of bounds with its decision to investigate Israel, which is not party to the court’s jurisdiction, has a thriving and robust judicial system, and has proved repeatedly that it goes to great lengths to reduce civilian casualties when responding to the threats, violence and terrorism to which it is continually subjected.

The recent ICC pretrial ruling that the court had jurisdiction set the stage for a prosecutor to investigate alleged Israeli war crimes in Gaza and the West Bank. Just this week, the ICC doubled down and announced that it was, in fact, opening an investigation into activities by Israel and Palestinians in the West Bank, Gaza and East Jerusalem, with a focus on the hostilities in 2014 beginning on June 13, 2014.  The choice of this date highlights that the ICC investigation is a politically motivated sham; the investigation begins one day AFTER Hamas, the terrorist organization that rules Gaza, kidnapped and murdered three Israeli teenagers.

These actions by the ICC have very real consequences and could make Israeli or American civilian and military officials subject to arrest and imprisonment globally, hamstringing economic, cultural and security cooperation.

Prior to the ICC’s decision, the US responded that it has “serious concerns” with the unwarranted extension of the court’s jurisdiction. Germany, Hungary, Australia, Canada, the Czech Republic and Brazil joined the United States in opposing the decision as beyond the scope of the ICC. In response to the decision to move forward with a criminal investigation, U.S. Secretary of State Anthony Blinken stated, “the United States firmly opposes and is deeply disappointed by this decision,” and “we will continue to uphold our strong commitment to Israel and its security, including by opposing actions that seek to target Israel unfairly.”

Hamas and the Palestinian Authority applauded the move, which should especially give the ICC pause, as terrorist or terrorist-affiliated organizations, which routinely commit, encourage and/or subsidize violence against civilians. Representative Ilhan Omar joined in, accusing the United States of undermining the court’s ability to “investigate, probe and render justice.”

While the jurisdictional arguments arising in this case are technical, the decision sets a perilous precedent for the U.S. and Israel. It shows a dangerous willingness by the court to put aside the law in order to pursue politically motivated cases. Like the United States, Israel never ratified the “Rome Statue” and never submitted itself to the ICC’s jurisdiction. And for good reason – the United Nations and other international bodies have been hijacked by those seeking to undermine Israel, often led by Palestinian leadership and their allies. If the ICC can ignore its own jurisdictional limits and operate outside of its legal framework to attack Israel, will the United States be next?

By taking up this case, the ICC is departing from its primary responsibility. This is not an investigation of a rouge actor, but of a state defense ministry that operates within a highly functioning legal framework. Israel is a state with a real democratic government and a strong system of judicial review. In fact, the sanctity of the rule of law is so strong that the country’s own Prime Minister Benjamin Netanyahu is currently on trial for alleged public corruption as have other Israeli leaders. Israel has investigated allegations of wrongdoing by its military, sometimes with highly celebrated figures leading the investigations. With its strong legal system and civil society, Israel is clearly not a country within the scope of the ICC’s mission.

The strong rule of law in Israel is also clear in the events leading up to the conflict that the ICC wants to investigate. On June 12, 2014, Hamas kidnapped and murdered three Israeli teenagers. Hamas and the Palestinian authority responded by congratulating the murders. On June 30, after the teenagers were buried, three anti-Arab Israelis killed a Palestinian teenager – Israeli authorities found, arrested, and charged the three with murder. They were each subsequently found guilty. Two received life sentences, and the third received a sentence of 21 years.

This politically motivated move by the ICC is an excellent reminder why the U.S.-Israel strategic alliance remains so critical. The United States continues to defend our strategic ally Israel on the international stage and fight against dangerous anti-Israel activists worldwide who use international bodies like the ICC to cut off Israel from the rest of the world and deny its right to exist. It is in the interest of the United States to do so, as the ICC has also set its sights on America’s military actions as well.

Fortunately, a bipartisan coalition in both the House and Senate are standing up to express their concerns. Senators Rob Portman (R-OH) and Ben Cardin (D-MD) led a bi-partisan letter this past week stating that the ICC decision overreaches its authority, and that the investigation represents a biased attack on Israel. The letter encourages the Biden Administration to forcefully condemn this action and to “steer the ICC away from further actions that could damage the Court’s credibility by giving the appearance of political bias.”

This follows the effort last year led by Representatives Elaine Luria (D-VA) and Mike Gallagher (R-WI) to send a letter to then-Secretary of State Mike Pompeo warning the State Department of these exact ICC actions and urging his team to call on the ICC to cease its politically motivated investigations into Israel and the United States. They, along with more than 260 members of Congress, understood: “The ultimate sustainable solution to the Israeli-Palestinian conflict lies in the resumption of Israeli-Palestinian direct negotiations in pursuit of a two-state solution – not in the pursuit of cases at the ICC.”

It is abundantly clear that the ICC’s decision is yet another Palestinian-initiated effort to use the international community to isolate and delegitimize Israel. At their urging, the United Nations and its Human Rights Council have passed dozens of anti-Israel resolutions that are targeted diplomatic attacks seeking to weaken Israel, while simultaneously ignoring multiple human rights violations occurring elsewhere.

When the Palestinians join with human rights violators like Iran, Syria and North Korea to attack Israel on the international stage, it only hurts their cause and the cause of peace. When the Administration and Congress call out political shams like that undertaken by the ICC, they strengthen international justice and the long-term chances for peace.