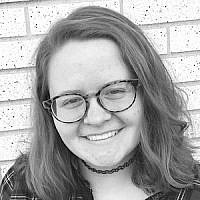 The Blogs
Lydia Bestul
Apply for a Blog
Please note that the posts on The Blogs are contributed by third parties. The opinions, facts and any media content in them are presented solely by the authors, and neither The Times of Israel nor its partners assume any responsibility for them. Please contact us in case of abuse. In case of abuse,
Report this post.

When I was preparing to graduate from college in the spring of 2016, the future felt hazy and unsure. Though I attended university 45 minutes away from Pittsburgh on the Ohio River Valley, I came to Pittsburgh three times a week to connect with the Jewish community that was nonexistent at my school. As a candidate for conversion to Judaism, I found refuge at the Hillel Jewish University Center through the University of Pittsburgh, and started attending weekly Shabbat dinners there. During one service, a Repair the World fellow came in to teach us about food justice and to pitch volunteerism through Repair. His presentation was captivating and I mentally bookmarked the nonprofit organization as something to check out later.

I received three acceptance letters in the same week in March: one from Repair the World, one from City Year, an education-based service year program in my hometown, Milwaukee, and one from Pardes, a Jewish yeshiva where I would have spent the year studying Talmudic texts in Jerusalem. Ultimately, I decided that Repair the World offered me everything I was looking for: a dynamic service year with a Jewish focus, an opportunity to stay in the area, and a Jewish service learning aspect, which included learning once a week with lay educators in food and education justice and reading Rabbi Jill Jacobs’ social justice manual Where Justice Dwells.

The concept of tikkun olam, “Repairing the World” became an essential part of my conversion process when I accepted the offer to become a food justice fellow with the organization in August 2016. I have really loved my experience as a fellow, and the connections I have been able to make through it. As a food justice fellow, I have had the opportunity to work with three local food non-profits: 412 Food Rescue, Just Harvest, and the Jewish Relief Agency, along with countless urban gardens and farms.

At 412 Food Rescue, I’ve had the chance to coordinate volunteers, a job made easier by the development of a food rescue app. 412 Food Rescue recognizes that 40% of food goes to waste, yet 1 in 7 people are food insecure, both in Allegheny County and nationally. They rescue food that’s going to be thrown away from food distributors, grocery stores, local bagel chains, and other food hubs. The food is usually being thrown away for a silly reason, like a ripped box or a mislabeled product. 412 Food Rescue ensures that this food gets a second chance and finds a new home with people who will use it.

At Just Harvest, I’ve been a part of food advocacy work, canvassing for the Fresh Corners project that aims to bring fresh produce into neighborhoods traditionally thought of as “food deserts” or as being food insecure. With the dawn of the farmers’ market season, I’ve been able to collect stories of individuals who benefit from the Farmers’ Market Fresh Access program, which allows SNAP (food stamp) users to receive $2 extra in food bucks for every $5 they spend on fresh fruits and vegetables.

I came to Repair as a dewy-eyed social justice novice, new to the world of food insecurity and inequity in communities. When my fellowship ends in July, I will leave with a deeper understanding of the issues individuals face in Pittsburgh and in cities throughout the nation, and a knowledge of what is fixable, what is preventable, and what is a result of decades of institutional oppression.

Happily, I will be remaining in Pittsburgh and continuing my work with Repair the World, and will begin my new role as workshop coordinator in August. A native Milwaukeean, I didn’t expect to fall in love with this city and make Pittsburgh my forever home. I am captivated by the city’s incredible history as well as its innovative and progressive nature. I have discovered friendly and vibrant micro communities that make me feel at home in my new city.

In addition to working for Repair the World part time, I will be going back to school for nursing in the fall. I decided that I wanted to continue to serve people, and that nursing would be an exciting and challenging career for me. With a Bachelor’s degree in Classics under my belt, I had very few intensive science courses in college, but I am looking forward to delving into the world of medicine.

Without the aid of a gap year, I may still have been in the same situation that I was in after college: unsure of the future and my path. Now, I am confident in moving forward. When my service year ends in July, I do not feel as though I will be leaving service behind, never to be a volunteer again. Instead, I feel that this year has taught me the importance of service, its centrality to my Jewishness, and the many ways in which I will integrate it into the fabric of my existence for the rest of my life.

Lydia Bestul is currently a food justice fellow with Repair the World, and is excited to continue working for the Jewish non-profit next year as the workshop coordinator. She is glad to make Pittsburgh her “forever home” and excited to return to school in the fall for a career in nursing.

About the Author
Lydia Bestul is currently a food justice fellow with Repair the World, and is excited to continue working for the Jewish non-profit next year as the workshop coordinator. She is glad to make Pittsburgh her “forever home” and excited to return to school in the fall for a career in nursing.
Related Topics
Related Posts
Comments