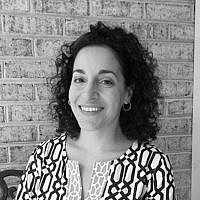 The Blogs
Rinny Yourman
Apply for a Blog
Advertisement
Please note that the posts on The Blogs are contributed by third parties. The opinions, facts and any media content in them are presented solely by the authors, and neither The Times of Israel nor its partners assume any responsibility for them. Please contact us in case of abuse. In case of abuse,
Report this post. 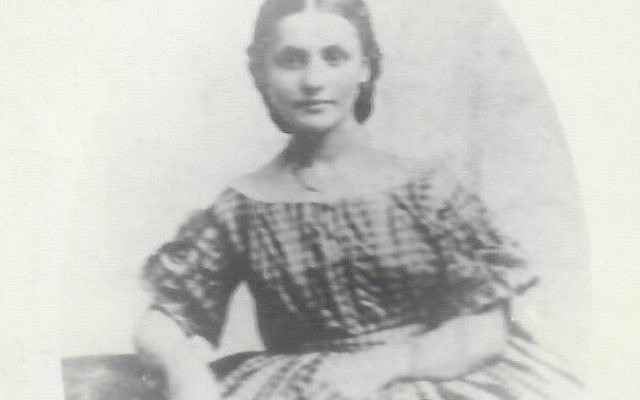 The author's great-great grandmother Henrietta, whose story captivated the author's daughter in the weeks leading up to her bat mitzvah celebration.

Thanks to the publication of such books as Putting God on the Guest List by Rabbi Jeffrey Salkin and The Mitzvah Project by Liz Suneby and Diane Heiman, Jewish tweens have been actively “putting the mitzvah back into b’nai mitzvah” by engaging in mitzvah projects and acts of kindness and tzedakah to restore meaning to their big day. Mitzvah projects have helped b’nai mitzvah kids to deepen the spirituality of their celebrations while inspiring and cementing their long-term commitment to social action and good deeds.

With all the focus on restoring the mitzvah, though, is there something we can also learn from the humble, long-ignored b’nai? Might there be a reason to start putting the b’nai back into b’nai mitzvah as well?

On their own, the words bat, bar, and b’nai are words denoting familial relationship. When combined with the word mitzvah they refer to Jewish kids who’ve turned 12 or 13 according to the Hebrew calendar and have reached the age of majority responsible for the full range of Jewish religious commandments.

When our children become b’nai mitzvah, we gather to celebrate a minor miracle – that our once little kids have finally reached the age when they are adult Jews. But there’s another, far more fundamentally important miracle that we tend to take for granted. It’s now the 58th century (in the Hebrew calendar) and, after traveling many centuries down our historical road, it’s a major miracle that these Jewish kids are Jews. They’re Jews!! And their being Jewish today is inextricably linked to a remarkable sum of deliberate choices made by their ancestors, extending back potentially many generations or even just one – to remain a Jew, become a Jew, and/or marry a Jew, as the case may be. These b’nai mitzvah kids are the children – the b’nai – of ancestral decisionmakers who cleaved to the same ultimate choice – Judaism – no matter the alternative.

These choices are all the more exceptional because they were never easy for the generations that preceded us. We tend to take our religious freedoms for granted here in the United States, even in the face of rising antisemitism in recent years, but our collective Jewish history has consistently demonstrated the complications and consequences of this choice – made by our mostly nameless, faceless, and unknown ancestors – both a gift and burden transferred from one generation to the next.

I thought about all of this several years ago, with the approach of my daughter’s bat mitzvah celebration, and wondered if there was a way we could make this multigenerational commitment to Judaism meaningful to her. How could we honor her ancestors’ loyalty to Judaism at this particularly Jewish moment in our daughter’s life?

As it so happened, for many years and in a largely desultory fashion, I had been trying to assemble a detailed family history of my ancestors. Not just a genealogy of names, but something deeper, a sliver of Jewish history told through the stories of my ancestors’ quotidian Jewish lives.

The modest beginnings of this project originated with a ninth grade assignment by my high school Jewish history teacher, asking us to explore and share our family history. The assignment required me to interview my parents and to fashion some sort of family story from their memories. I still have that report, with its requisite but now worn construction paper cover page bearing a hand-lettered title. Since that time, in inspired fits and starts, I have slowly expanded on that story by finding and reviewing other primary and secondary sources pertaining in particular to my father’s ancestors, a group doggedly bent on safeguarding and transmitting its carefully-curated historical narrative. Thanks to their meticulousness, I can trace back my lineage to the late 1700s, with names and even stories.

Around the time of my daughter’s bat mitzvah celebration, I decided we would honor her ancestors by sharing the then-extant iteration of my family history with her and her younger brother. I didn’t tell the story in one sitting, but in several, at night, cuddled together, in lieu of our bedtime read-aloud routine. Even though I stumbled through a version far more rough draft than sterling final copy, I was so surprised by how captivated my kids were.

I told them of an ancestor who helped pay for the education of a promising but impoverished young Torah scholar who later became one of Israel’s greatest rabbis, of another who worked as a baker just to give away her profits to tzedakah, of yet another who was a rabbi. My daughter was most enchanted by the account of her great-great-great grandmother Henrietta. A wit and flirt who loved dancing, sneaking into shows in Manhattan’s theater district, and hitching rides on horsecars, Henrietta was courted by many suitors. Her father Sinai rejected all but one: a dignified gentleman who was – and this was the clincher as far as Sinai was concerned – an observant Jew.

I’ve since added a lot to my family history. A chance gift several years ago of a published family history written by a friend taught me to couch my story within a relevant historical context and to keep track of my sources, so I’ve now busy adding citations and detailed footnotes. And an unexpected internet discovery during the pandemic about one of my mother’s ancestors, a research breakthrough following a passing comment by my mother about a possible adopted second family surname, eventually revealed an unknown yet fascinating contribution by my great-grandfather to Jewish settlement and Judeo-Persian publishing in Jerusalem at the turn of the last century that I am still trying to record and process. With every new discovery I find that my ancestors’ lives enrich my own by challenging and changing my concept of who I am and where I come from.

So how do we put the b’nai back into b’nai mitzvah? Taking a cue from my high school history teacher, I think it’s through storytelling about family history. B’nai mitzvah kids are at the perfect age to learn their family stories through oral history. While I had already written much about my ancestors and shared those stories with them orally, in retrospect I wish I had also encouraged my kids to interview their grandparents about their lives and record those conversations. Although it isn’t hard to research ancestors online, I believe the richness of this experience lies in the act of oral transmission from an older generation to a younger one, sharing personal stories and observations that can’t be found on the internet.

Oral history of this sort is about listening to personal stories and asking for recollections about ancestors. It’s about spending a little time talking to grandparents (or, depending on the situation, beloved aunts, uncles, great-aunts, great-uncles, great-grandparents, parents, caregivers or any relative or friend who might be the family storyteller or historian).  Whether they dispense accurate, inaccurate, abridged or embellished information, it doesn’t matter; we have to expect that editorial license is all part of the family historian’s prerogative. What really matters is that, through oral transmission, despite its imperfections, the familial aspect of the b’nai mitzvah rite of passage becomes something beautiful: an amalgam of stories that casts light on the experiences of living and deceased ancestors, courtesy of intergenerational conversation at a time when so much communication these days takes place electronically through emails, texts and social media posts.

Of course, dark doors may be opened. Usually that’s through family stories about the Holocaust. If these accounts haven’t been shared previously, b’nai mitzvah kids may be ready now to hear them. But there’s also the possibility that buried family secrets may be inadvertently revealed; if that happens, it gives us the chance to process the news together and gently remind our emerging adults that history need not be destiny.

Through the sharing of family stories from one generation to another, we can put the b’nai back in b’nai mitzvah, but this is key: with no fanfare or add-ons to the b’nai mitzvah service or party. This family oral history project is intended to be a no-pressure, benchmark-free experience. At some point before their b’nai mitzvah, we just encourage our tweens to take a little time to listen to their ancestors’ or relatives’ stories and lives, hopefully learning about that challenging but ultimately rewarding choice of remaining, becoming, or marrying a Jew.

About the Author
Rinny Yourman is a children’s screen time activist, a certified digital wellness educator, the parent of two teens, and a member of the Screen Time Action Network at Fairplay. In her writing she explores the intersection of children/families, digital media, and Judaism.
Related Topics
Related Posts 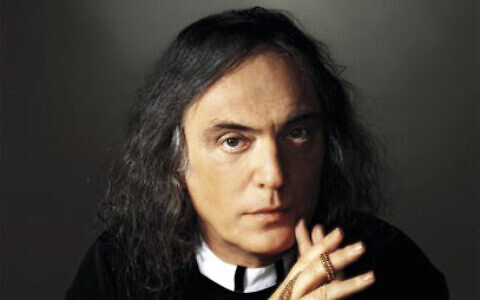 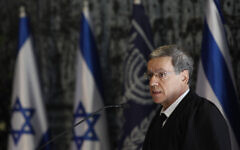 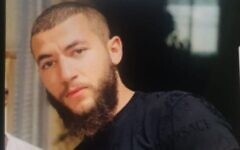 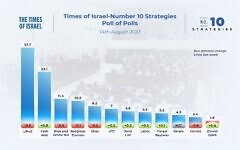