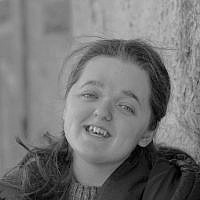 The Blogs
Darcey Walters
Apply for a Blog
Advertisement
Please note that the posts on The Blogs are contributed by third parties. The opinions, facts and any media content in them are presented solely by the authors, and neither The Times of Israel nor its partners assume any responsibility for them. Please contact us in case of abuse. In case of abuse,
Report this post.

Shammai tells us (Avot 1:15) – עֲשֵׂה תוֹרָתְךָ קֶבַע, make your Torah permanent but we also learn from Rabban Gamliel that Torah study is so great when it is combined with worldly occupation, known as Derekh Eretz (Avot 2:2). Is there a way we can make Torah permanent through such notion? What is keva? What is Derekh Eretz? How can we combine them? Should we combine them?

Based off the Rambam (Hilkhot Talmud Torah 1:1-8) Rav Joseph B. Soloveitchik teaches that learning Torah consists of two performances. The first comes from the verse (Yehoshua 1:8), which implies no schedule, rather it is concerned with results, knowledge and intellect. The important thing to note here is that these three things should be completely set towards avodat Hashem, and taken in the correct form. It might be intellectual, but the pursuit itself is spiritual and directed towards the service of God. Secondly, the Rav notes that the results, knowledge and intellect have a “how” component. How can one gain this knowledge, results and intellect? It comes from a sphere of organisation, by being systematic and setting aside time.

The gemara (Avoda Zara 5b) asks what the difference is between an ox and a donkey. Learning Torah is like both of these. An ox has a yoke around its neck and a donkey has a weight around its back. A donkey works hard going from one place to another, and then it rests. An ox is involved in lighter activity and has yoke, using the force for many hours at a time. This is metaphorically capturing the physical vs the emotional/psychological approach to learning, and this two performance logic that the Rav brings down. There is the hard work, results, knowledge and intellect, and there is the time we set aside for it.

Rashi, based off the mishna (Avot 1:15) tells us that making Torah permanent means that it should be something we set aside for around four or five times a day. Additionally, Rambam notes that Torah is something we make primary. Rav Aharon Lichtenstein z’l uses this interpretation and explains that we should not set aside times for Torah like tennis. Talmud Torah is not a hobby, like a sport. Rather, it is a spirit. Even if we are setting four or five times a day to learn, we wish we could learn all day and we thrive for it.

There is a fascinating scene and interpretation of the scene itself in Parashat Vayeshev by Rav Moshe Shapiro, the Rosh Yeshiva of Yeshivat Lublin, which thrived during the Second World War, and he was the founder of Daf Yomi. When Yosef meets the butler and baker in jail, and after being sent away and abandonded by his brothers to Mitzrayim, he has two visitors in jail. Both the butler and baker have dreams one night and tell them to Yosef.

The butlers dream included a vineyard with three vines growing beautifully with grapes and he tried to do his job with the cup of Pharoah in his hand, plucking the grapes and squeezing them to wine, producing and presenting it to Pharoah. Yosef interpreted this dream, indicating that the three vines meant that in another three days, Pharoah will have a conversation and reinstate the butler to his job, and he will be restored.

The bakers dream had the baker walking with three baskets filled with a bunch of items on his head and a bird came, plucking away and eating at the food. Then, when the baker went to Pharoah, there was nothing there. Yosef interpreted this dream, indicating that in three days, Pharoah will call the baker and kill him.

Rabbi Meir Shapiro, asks what made Yosef understand that the butler would remain alive and the baker would be killed?

The details of the story that govern the butler and the baker are what count here. The butler talks about the fact that he was picking and producing, he was vibrant and generated a dynamic initiative by doing something. He was alive, involved and actively engaged. In life, we are here to be alive with a tafkid and we are here to fulfil productive roles and opportunities. In contrast, the baker has baskets on his head and is unproductive, doing nothing, and Yosef understands that to mean he has no future.

The gemara (Pesahim Yerushalmi 10:1:7-14) notes that the butlers dream had the word ‘cup’ mentioned in it four times which is a source for the four cups of wine we drink at the Pesach seder. It is that the butler was embracing each step in the process of making wine. This included a love of service to Pharoah and yearning to return. He was clearly a hard worker and wanted to keep up with an effective service that was productive and wanted a future. The gemara teaches us too that we are striving for a connection with God. The butler wanted his own connection, and we as Am Yisrael too strive for our own relationship with God which can only be done if we are effective and practical in our service.

When a person stops working hard and lets life take its force, that means nothing, and it is not what life is about. Yosef is logical enough to realise that life works in a way when it consists of work, gain and accomplishments, alongside growth and vibrancy.

Through the prism of learning Torah, this whole notion becomes relevant because we are put in this world to grow in our ability to master and study Torah. The mishna tells us (Avot 2:7) that the more Torah, the more life. So, it is the more we put our all and our engagement into the study of Torah, the more we will get out of life. That is working hard, being actively engaged with a strong effort and full life force. Producing vibrant chidushei haTorah is done by putting the most into our limmud haTorah. To add on, the mishna continues that “the more sitting [in the company of scholars], the more wisdom”. Ultimately, the more we take and absorb from our teachers, the more we will grow and the more wisdom we will attain to take with us on practical realms through our lives.

There is a famous gemara (Berakhot 35b) which consists of a dispute between Rabbi Shimon bar Yokhai and Rabbi Yishmael about the notion of Torah im Derekh Eretz. Rabbi Yishmael argues that one should set aside time not only for Torah, but also for work. In contrast, Rabbi Shimon bar Yohai says one should dedicate himself exclusively to Torah. Many have acted in accordance of the opinion of Rabbi Yishmael. So, how is it that we make our Torah permanent, and the source of all with our hard work, combined with Derekh Eretz?

The interpretation of Rabbi Meir Shapiro on Yosef’s dreams definitely parallel our yearning for Torah, yet it too parallels how we should live in this world through our every day interactions, jobs, education (secular and religious) and with society at large. The gemara (Chagiga 12a) records the opinion of Reish Lakish who explains that the name of God, Kel Shakai, refers to God as being “the One Who told the world Enough!”. The Torah Temima explains that the intention of God creating the world was to encourage and empower humanity to strive to engage with and bring order to creation, so this means partnering with Hashem in every aspect of life. This too parallels with two verses in Tehillim, (Tehillim 127:3, Tehillim 115:16) that we are an inheritance from God, and that God gave the earth over to man. We inherit the world He created, and take up every opportunity there is to build a society.

This whole notion is beautifully displayed by Rabbi Joseph B. Soloveitchik in his famous “The Lonely Man of Faith”, which depicts why we are in this world. We are ultimately here as Adam I, to serve God based off the verse (Bereishit 1:28), where we are told to fill the earth and subdue it, which is simply the Derekh Eretz aspect we are exploring here. It is the careers we choose, whether that be in law, finance, education, science, arts, humanities or philanthropy. It is the education we choose, whether it is studying medicine, English, engineering, marketing or computer science. The gemara (Kiddushin 30b) notes that only manual trades can assure a steady income. This once again connects to the stunning perush from Rav Meir Shapiro, indicating that it is active work and utilising the world God created which is extremely significant.

But we are also in this world living as Adam II, to serve God through the verse of “to keep and to guard”, which is to authentically keep Torah, mitzvot and halakha properly and serve God through His commandments. Torah becomes permanent through both of these notions, and so the notion of Torah im Derekh Eretz becomes tangible, as we realise this is what God wants of us. God gave us 613 mitzvot, but God also commanded us to live in this world which He gave us, and which He created. There are two integral foundations here to consider and apply.

We have come to terms with the fact that Torah and work do in fact have a positive correlation, and God wants us to do both equally. But how do we make time for both?

It is at any free moment that we want to sit and learn with a Sefer or a gemara, and even at the most minimum, Torah is an immovable force and the axis on which our life spins. Even if we have lectures from 9 in the morning until 7 in the evening, with only one hour for an evening chavruta. Or even if we work from 9 to 5 with commute in between which can be dedicated for a shiur or a shnayim mikra, that is complimentary to our lives. That makes it central to our lives as it affects our mentality, spirit and time. We set aside time for Torah, and we make time for work.

Ultimately, it is the verse that tells us to “know God in all His ways” (Mishlei 3:6), and all His ways are through these two important realities. We have religious experiences, and we live in a society. We know Avraham followed the path of Hashem through being righteous and just (Bereishit 18:19-19), which is completely about how we engage with people in society, through our work, and the economy, and political, psychological and philosophical prisms. Judaism is concerned with our Divine relationship in that we follow Divinely revealed commandments, and we want to learn to the highest of levels, but we are also part of a society, and we have work to do, which is the Derekh Eretz.

Making Torah permanent (keva) means learning in the lens of the ox and the donkey, and making it within our spirit, time and with full effort. It also means acknowledging the world God created and the work we have to do in this world.

About the Author
Darcey is from London, where she works in marketing, and invests her time in various Torah education initiatives, working independently and with various organizations. She has expertise in educational consulting and curriculum development projects, and is the founder of the "Desert Island Torah" podcast which has reached thousands of people across the globe. Darcey has written two books, and is working on several other works to be published in 2023.
Related Topics
Related Posts
Darcey Walters