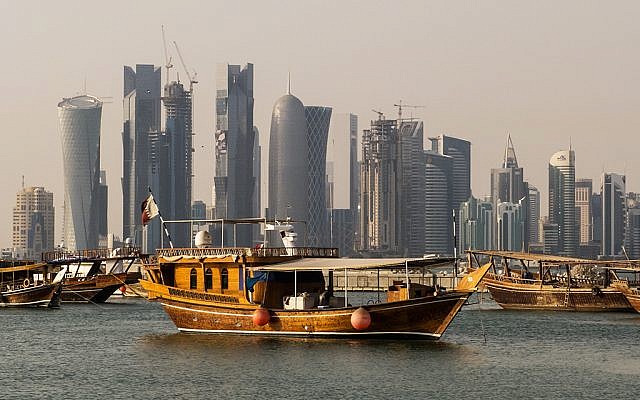 The Wall Street Journal and their exposure of finance loopholes exploited by blacklisted terror suspects shows that when it comes to acting tough on combatting extremism, Qatar’s money is not where its mouth is. The links between Qatar and top-level blacklisted terrorists have been exposed once more, in revelations that are shocking but not at all surprising.

The Gulf emirate has long been criticised for allowing terror financing to flourish within its borders, as well as for assisting terrorist groups abroad. Beyond al Qaeda, Qatari citizens have been flagged for suspicious financing of Islamic State, Hamas, and al Qaeda offshoot Jabhat al Nusrat – all globally listed terrorist organisations.

One individual singled out in the WSJ report is Doha resident Khalifa al-Subaiy – a Qatari financier who has been linked with the most senior-level al Qaeda leaders, including 9/11 mastermind Khalid Sheikh Mohammed.

Al Subaiy was added to the United Nations terror blacklist back in 2008 after having repeatedly provided financial support over several years to leading al Qaeda figures. Despite his proven status as a terrorist sponsor, al-Subaiy was able to acquire up to $10,000 per month from frozen accounts for “basic necessities”.

He was also released and led straight back into the arms of his previous al Qaeda connections after being trialled in absentia in Bahrain on charges of financing terrorism and completing a brief 6-month stint in Qatari prison in 2008.

On paper, the Qatari government assured his activities would be monitored closely, yet al-Subaiy quickly continued with his activities where he left off, ensuring funds flowed to his terrorist connections without anyone stopping him. This one case perfectly encapsulates Doha’s lax approach to enforcing anti-terror measures.

Doha has continuously made exemptions for blacklisted individuals and thus directly allowed them to finance their lethal activities on a global scale.

Other prominent blacklisted Qatari financiers of terror include Abd al-Rahman bin Umayr al-Nuaymi, a past president of the Qatari Football Association and a globally sanctioned supporter of al Qaeda jihadist in Iraq and Syria, as well as Abd al-Latif Bin Abdallah Salih Muhammad al-Kawari, an internationally blacklisted individual with suspicious links to al Qaeda in Afghanistan and Pakistan.

It is beyond grotesque that Qatar continues to get away with insufficiently monitoring blacklisted terrorists living within its state borders. A government clearly guilty of aiding numerous individuals accessing funds which anyone remotely interested in combatting violent extremism would clampdown on.

Remember this next time you see the Qatari emir stand up alongside President Trump and pledge to join the fight against terrorism.

Sadly, this behaviour is in-keeping with an approach that risks further destabilising the Middle East, with Qatar failing to meaningfully participate in last month’s Mecca Summit. This was an important opportunity to join with fellow Gulf states and stand against Iran’s increasingly erratic and destructive behaviour. Instead, they chose to tacitly support the Iranian agenda of aggression via proxy by refusing to condemn it.

It will likely only be a matter of time before the next leaked documents unveil another Qatar-based terrorist connection proving that Doha has turned a blind eye to its terrorist residents yet again.

To think that the consequences of Qatar’s reckless unwillingness to enforce an effective anti-terror strategy would be confined to the Middle East would be a grave error. These menacing individuals are part of the global Islamist insurgency, which has declared war on peaceful coexistence far beyond their borders.

Stemming the flow of funding is critical to hampering terrorists’ ability to bring death and destruction to our streets here in the West, as well as elsewhere. In this respect, Qatar’s actions are not only reckless, but dangerous.