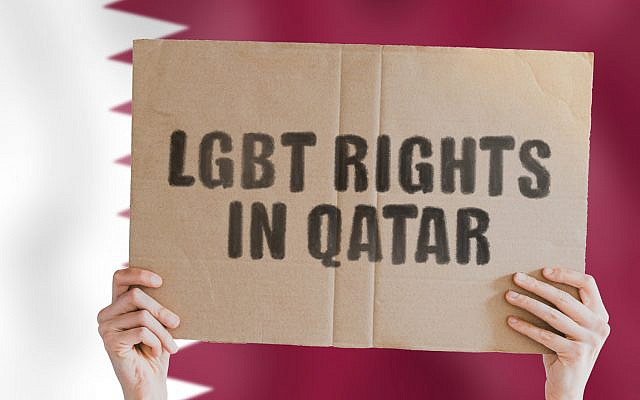 Footballers with diametrically opposed views on homosexuality and alcohol consumption have sparked heated controversy about Islamic mores and human and workers’ rights in Qatar’s final stretch in the run-up for next year’s FIFA World Cup.

Two things stand out in the controversy beyond the specific arguments put forward by opposing camps.

First, some fault lines cut across community lines rather than pit one community (Muslims) against another (non-Muslims).

This is true for fans in autocracies like Qatar and Saudi Arabia who are less concerned about workers’ rights and supporters of European clubs acquired by Gulf buyers with deep pockets and a willingness to spend.

That is not to deny that some in the Gulf states do care about rights just like numbers of Western fans remain critical of Qatar despite reforms of its labour system and Saudi Arabia following the 2018 killing in the kingdom’s consulate in Istanbul of journalist Jamal Khashoggi.

Secondly, the dividing lines are far sharper and far mor entrenched when it comes to social and moral norms than they are with regard to, for example, workers’ rights.

The divide over rights and allegations that mega-sporting and other events allow autocracies with tarnished records to launder their reputations comes as human rights groups are increasing pressure on Qatar.

The activists want the Gulf state to reform its labour regime further, properly enforce adopted reforms, and lift all restrictions on women’s rights.

In contrast to LGBTQ rights and alcohol consumption, human and workers rights are the one sphere the fault lines cut across religious and ethnic lines.

Saudi race car fans and drivers rejected calls for an F1 boycott of this month’s tournament in Jeddah as well as the notion of sportswashing, the use of sports to counter criticism of the kingdom’s tarnished human rights record.

“The country was closed off from the world. Now it is changing, and they should support us wanting to,” said Reema Juffali, Saudi Arabia’s first female professional race-car driver.

Similarly, Newcastle United fans celebrated the acquisition of their club by Saudi Arabia’s sovereign wealth fund even if some expressed concern about the kingdom’s human rights abuses.

That didn’t stop thousands wearing Saudi garb from welcoming the new ownership and Newcastle’s perceived newfound wealth with wild scenes of singing and drinking when the club played its first match in October after the takeover.

Australian gay footballer Josh Cavallo kicked off the sexuality debate when he declared in early November that he would be afraid to play in the Qatar World Cup because of the Gulf state’s ban on homosexuality and harsh legal penalties ranging from flogging to lengthy prison terms.

One of the few players to discuss his sexuality publicly, Mr. Cavallo expressed his concern a month after coming out as gay. Mr. Cavallo said other footballers had privately expressed similar fears.

Qatari officials have insisted in recent years that LGBTQ fans would be welcome during the World Cup but would be expected to respect norms that frown on public expressions of affection irrespective of sexual orientation.

Paul Amann, founder of Liverpool FC’s LGBT supporters’ club Kop Outs, met in 2019 with Qatari World Cup organizers before traveling to Doha with his husband to evaluate the situation for himself.

“I’m very satisfied that their approach is to provide an ‘everyone is welcome’ ethos that does include respect, albeit through privacy. I’m not sure if rainbow flags generally will ever be accepted ‘in-country,’ but maybe in stadia,” he said upon his return.

Considered one of the best Egyptian players in history, Mr. Aboutrika went into exile in Qatar, where he is a commentator for beIN, the Gulf state’s sports broadcasting network. Authorities accused him of membership in the controversial Muslim Brotherhood and added him to an Egyptian terrorism list after his departure.

Mr. Aboutrika has denied allegations that he funded the Brotherhood. The group was banned after the 2013  military coup that overthrew Mohammed Morsi, a Brother who was Egypt’s first and only democratically elected president.

Mr. Aboutrika has long been known for his Islamist sympathies, empathy with Ultras Ahlawy, one of several militant soccer fan groups that played a crucial role in the 2011 mass protests that toppled President Hosni Mubarak, and his support of Palestinians in the Gaza Strip, blockaded by Israel and Egypt.

“Our role is to stand up to this phenomenon, homosexuality, because it’s a dangerous ideology and it’s becoming nasty, and people are not ashamed of it anymore. They (the Premier League) will tell you that homosexuality is human rights. No, it is not human rights; in fact, it’s against humanity,” Mr. Aboutrika charged.

Nevertheless, Mr. Aboutrika remains toxic in his native Egypt despite his advocacy of Islamic mores. Two players of his former team, Al Ahly, were dropped from the club’s squad for shaking hands with the former footballer during the FIFA Club World Cup in Qatar in February.

At the same time, Mr. Aboutrika remains popular among the club’s supporters. In Qatari stadia, Egyptian fans celebrated Mr. Aboutrika during the Arab Cup that ended this weekend, chanting ‘Ya Trika.’

What is evident in the sexuality debate is that few people, if any, will be convinced by arguments raised by the opposing side. Both sides of the divide feel deeply about their positions. The best one can hope for is a live-and-let-live middle ground that is what the Qatari 2022 World Cup organizers appear to be proposing.

The question is whether the controversy has let a genie out of the bottle. Largely state-controlled media and clerics, and others in Qatar and elsewhere in the Middle East have fuelled the fire. Qatari World Cup organizers’ statements have sought to calm Western fears but, together with government officials, have refrained from attempting to manage emotions at home.

There are no winners in this controversy. Neither LGBTQ fans and players nor Qatar wins if the argument produces a situation in which the environment in the run-up and during the World Cup becomes toxic.

Egyptian-born Liverpool player Mohammed Salah has so far stayed out of the fray. Yet, he has not gone unscathed in the reassertion of Islamic mores.

Instead, Mr. Salah said he did not think about alcohol and had no interest in trying it.

“Not thinking about doing forbidden things is an act of worship in itself,’ Dar al-Ifta said.

A broader debate on the role of religion in education and society at large informs the assertion of Islamic mores. Gulf states have taken significant steps in recent years to liberalize social mores.

Saudi Arabia has lifted a ban on women’s driving, loosened gender segregation, enhanced women’s rights, and introduced Western-style entertainment, but, like Qatar, has yet to abolish male guardianship entirely. The UAE has liberalized alcohol consumption and allowed co-habitation of non-married couples.

This weekend, Qatar celebrated its national day with a military parade. Alongside Saudi Arabia and the UAE, Qatar has increasingly emphasised a national identity defined as much by nationalism and national belonging as by religion.

Representatives of Al Azhar and Egyptian parliamentarians, activists, and pundits clashed this week over the need to memorize the Qur’an and the use of Quranic texts rather than poetry and literature in Arabic language classes.

“Separating students in the religion class is (a) form of discrimination that divides society,” said journalist Isaac Hanna, the head of the Egyptian Association for Enlightenment.

Mr. Hanna suggested removing religion from school curricula and replacing it with a course on morals and citizenship.

In a world in the throes of social and economic, if not political transition, controversies about mores emanating from the Gulf’s increasing role in international sports suggest that deep-seated beliefs and attitudes may not keep pace with top-down reforms.