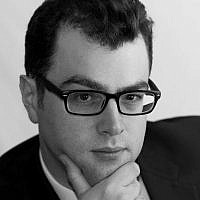 In the classic film Casablanca, Police Captain Renault shuts down Rick’s Café Américain, explaining that he is “shocked, shocked” to discover there is illegal gambling taking place there. At that moment, an employee of the casino presents a sheepish Renault with his night’s winnings. Today, the United States is playing the role of Captain Renault to Qatar, choosing to selectively emphasize the country’s role in supporting international efforts to defeat ISIS, while simultaneously ignoring Qatar’s long history of financial support for other terrorist groups and its habit of giving violent extremists safe haven.

On one hand, Qatar and the United States have a mutually beneficial relationship. The Al Udeid military base in Qatar is the largest US military base in the region, hosting both US and coalition personnel. Qatar has also cultivated relationships with several US universities, which have permanent instructional facilities in that country.

However, airmen and students are not Qatar’s only guests. The emirate also chooses to host leaders from Hamas, the Taliban, and the Muslim Brotherhood. Additionally, Qatari financial institutions stand accused of facilitating payments to violent terrorist groups.

This past January, Hamas leader Ismail Haniyeh relocated from the Gaza Strip to Qatar. In its announcement of the move, Hamas stressed that living in Qatar would allow Haniyeh the international freedom of movement that Egypt and Israel denied him. Haniyeh joined his predecessor, Khaled Meshaal, in taking advantage of Qatar’s welcome mat. Meshaal has lived in Qatar since 2012 and reportedly lives “in the most luxurious hotel in the most beautiful district [in Qatar],” according to Egyptian media. The Qatari foreign minister has referred to Meshaal as Qatar’s “dear guest,” despite the fact that the US has designated both Meshaal and Haniyeh as global terrorists, while Hamas itself has ample American blood on its hands.

Meshaal is not the only “dear guest” of Qatar. In 2019, Qatari Emir Tamim bin Hamad Al Thani hosted Doha-based Muslim Brotherhood radical ideologue Yusuf al-Qaradawi at a Ramadan banquet. Qaradawi was seated next to the emir, a gesture of high honor. Qaradawi has in the past prayed for the destruction of the United States, the United Kingdom, and Israel; labeled gay people as criminals; classified suicide bombings targeting Israeli civilians as “martyrdom in the name of God;” and prayed that Muslims would carry out “divine punishment” against the Jews as Hitler did. Qaradawi is banned from entering the United States, France, the United Kingdom, and Tunisia due to his violence-inducing rhetoric. Saudi Arabia, Egypt, Bahrain, and the United Arab Emirates have designated Qaradawi a terrorist. Yet, the Qatari government chose to honor him.

It does not end there. These leaders are joined in Qatar by representatives of the Taliban and al-Qaeda. The Taliban maintains a permanent office in Qatar and several high-ranking members reside there, including U.N.-designated members of the deposed Taliban government in Afghanistan. Internationally designated al-Qaeda financiers such as Abd al-Rahman bin ‘Umayr al-Nu’aymi have also found refuge in Qatar and maintain ties with the royal family. Qatari authorities arrested well-known al-Qaeda financier Khalifa Muhammad Turki al-Subaiy in 2008 but released him after six months.

Qatari financial institutions and charities stand accused of providing financial support to violent extremist groups across the Middle East. A US lawsuit filed in June 2020 alleged Qatar provided funding to Palestinian Islamic Jihad (PIJ) and Hamas through three Qatari financial institutions: the Qatar Charity, Masraf Al Rayan, and Qatar National Bank, which all have links to members of the Qatari royal family. The plaintiffs are friends and family members of 10 US citizens who died in terror attacks in the West Bank carried out by PIJ and Hamas between 2014 and 2016.

The lawsuit is not the first time Qatar has been accused of providing financial support to terrorism. Qatar has a long history of supporting the Muslim Brotherhood and its offshoots, including through loans to Egypt’s deposed president and former Muslim Brotherhood leader Mohammed Morsi and direct funding Hamas. In 2012, as other nations refused to recognize the legitimacy of Hamas’s violent takeover of the Gaza Strip, Qatar’s emir became the first head of state to visit Gaza, pledging $400 million to Hamas. Since then, the Qatari government has continued to send millions of dollars annually to Hamas and its employees, including a transfer of $30 million this past June.

The US government under both Presidents Obama and Trump has meekly scolded Qatar for its support of terrorist organizations but has gone no further. The Qatari government whitewashes its outrageous behavior by declaring it supports regional counter-terrorism operations, yet seeks to maintain open lines of communication with these terror groups. That is not good enough. It is past time for Qatar to decide whether it will commit to combating terrorism beyond the abstract. And it is time for the United States to do more than sheepishly pocket the benefits of Qatar’s hosting its military while quietly condoning Qatar’s terrorist-enabling behavior.