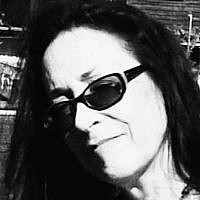 The Blogs
Robin Diamond
Apply for a Blog
Please note that the posts on The Blogs are contributed by third parties. The opinions, facts and any media content in them are presented solely by the authors, and neither The Times of Israel nor its partners assume any responsibility for them. Please contact us in case of abuse. In case of abuse,
Report this post.

Rabbi Mendel Kessin, in his popular shiur of March 20th 2020, begins by extolling the greatness of chochma—wisdom, contrasting it with nevuah–prophecy. Although only prophecy can reveal with certainty the meaning of such a global phenomenon as this pandemic,  the chazal—sages, tell us that human intelligence is, in some ways, superior to prophecy. Through implications and deductions, wisdom and intellect can grasp a great deal. Humbly casting doubt on his own intellectual mastery, he introduces the methodology to explain this planetary phenomenon, what it suggests about the messianic process, and how we can protect ourselves and do what is required to further the purpose of tikkun—rectification and Redemption. The rabbi sources relevant and prophetic works and examines the nature and the impact of the pandemic in the context of Hashkafah, how G-d runs Creation for its ultimate objective: the reunification of his Oneness with all mankind.

The rabbi begins with an allusion from Hiyyah bar Abba, from Midrash Rabbah based on “Shir ha’Shirim,” parashas beis, pasuk yud gimmel which, translated, says that the fig tree produces young fruit. This alludes to the idea that, shortly before the messianic revelation, a great plague will come to the world and the wicked will perish. But is the purpose just to punish evil-doers or is it more profound, and are we that close?

Two basic premises: First: none of this is an accident–not a global pandemic or the illness of even one person. Second: G-d loves mankind and, particularly, the Jewish people. What He does is for the benefit of mankind though we perceive it as a calamity. We know that such rectification of the world has been the mission of the Jews via their performance of mitzvot–commandments, teshuva–repentance and, when those are lacking, yessurim–suffering. So how does this pandemic further the objective of Redemption? What obstacles still stand in the way?

G-d wants nothing more than to redeem mankind. The rectification is nearly complete but there is an almost insurmountable obstacle. There is an unpaid debt  mankind owes due to several terribly destructive behaviors that corrupt man’s nature and, thereby, denigrate G-d in whose image man was created. The consequence of mankind’s sinful behavior has always been prosecutions and judgements in the Heavenly Court, prosecutions brought by that angelic prosecuting attorney, that promoter of justice and temptation, the Satan. His job is to defend justice. The final Redemption can come only when the demands of justice have been satisfied. That requires kapora—atonement. Lest anyone think that G-d dances to the tune of the Satan, not so. G-d must accommodate the system of justice that He created. Now, so close to the end, the prosecutions are many and grievous. What are the arguments, the obstacles, that provide the Satan “the ammunition to keep the Redemption at bay”?

The first is zemo—immorality, corruption, depravity. Mankind is corrupting his own nature. Homosexual marriage, human trafficking,  mass consumption of pornography, pedophilia are some of the sins that have eroded man’s dignity and degenerated that Divine spark.

The second violation of justice which must be atoned for is sinas chinam–baseless hatred fostered by loshon ha’ra–slanderous speech. G-d seeks the brotherhood of man. Created in G-d’s image, humankind is, therefore, great. The hatred inspired by slanderous speech debases the majesty of G-d Himself and He is enraged by such behavior. Also, such disunity obstructs the function of society. How can mankind function in a godly world with such animosity and inability to work for the common good? We see this particularly in the realm of politics and social media. Society is “split down the middle” and the divide seems unbridgeable.

The third prosecutory argument stems from civilization’s ubiquitous and pervasive immersion in materialism, physicality, the pursuit of pleasure. Mankind is steeped in gashmius–corporeality ignoring ruchnius–spirituality. We avidly pursue that luxurious vacation, that second home, the acquisition of things.

To bring about atonement for these sins, G-d has unleashed this “designer drug.” Its active ingredient, only 40 nanometers in size–four times a billionth of a meter– mitigates the sins and fosters atonement.

Dever–plagues of the past have, historically, been more deadly with much higher morbidity than the current Covid-19. It seems obvious that the Bubonic Plague and the Spanish Flu were pandemics whose objective was to cause death. This pandemic’s objectives are different and, by analyzing these impact, we begin to appreciate how it fulfills the Divine Agenda.

Suffering, Sickness, and Fear of Death: Suffering is one “device” that brings atonement. When the Jews failed to fulfill the Will of G-d, when mankind is steeped in corruption and immorality, suffering caused by illness atones and becomes part of the Heavenly Tribunal’s refutation of the Satan’s claims against mankind. Another type of suffering this pandemic provides is the anxiety provoked by pachad muves–fear of death. When grievous sin is judged to be deserving of chayav misa—death penalty, this “death sentence equivalency,” substitutes for actual death. Rather than subject man to innumerable deaths such as happened during the Bubonic Plague that wiped out half of Europe during the 14th century, G-d subjects people to fear of death instead.

One recent example the rabbi gives of this is that which occurred in 1990 which, on G-d’s Creation Clock, was chatzos—midday Friday afternoon. By the reckoning of this mystical clock, this corporeal world ends when Sabbath begins. On a Hebrew calendar, that year is 6,000. The Gregorian configuration is 2240. The year 6,000 is tantamount to the onset of the Sabbath when existence itself is transformed and both a higher consciousness and a less corporeal existence comes to pass. The year 1990 was equivalent, therefore, to a turning point wherein we were closer to the holy Sabbath than to the mundanity of the weekdays. To remove obstacles to the progress of the messianic process, fear of death engulfed Israel during the Gulf War of that year. The scud missiles fell, the population feared for their lives, and the prosecution’s case was mitigated by the death penalty equivalency. Not one person died from the impact of a missile. President Bush dissuaded Israel from responding to the threat. The threat and the attendant fear remained.

Quarantine: Lockdown reduces the incidence of immodesty and curtails loshen ha’ra—denigrating speech. Not only are social situations far less prevalent or impossible but the isolation and subsequent anxiety wrought by quarantine disables or mitigates the impulse to engage in frivolous and harmful expression in cyberspace as well. Let us understand the gravity of such denigrating speech.

A profound understanding comes from what G-d told the Jews as they stood terrified on the banks of the Yam Suf, the Sea of Reeds,  pursued by the Egyptian army: “Watch what I do; I will fight for you. Be silent!” says G-d. We glean from this several powerful ideas. The Jews were unworthy of being redeemed from Egypt. When G-d appeared to Moshe at the burning bush, the Jews were on the “49th level of tumah,” meaning they were borderline irredeemable. The 50th level would have ended their prospects. Chastened by the warning to be silent, we learn that there was no fate from which G-d could not save them if they refrained from denigrating speech. We have since learned the value of such silence though we often act as though we haven’t.

“How do we understand this?” the rabbi asks. Generally, a person can commit a thousand sins and not be judged by the Heavenly Tribunal. But, when a person speaks ill of someone, the Satan is enabled to act. The perpetrator can be singled out and have his own dark deeds examined. “His file is opened,” the rabbi explains. If the perpetrator is found wanting, a case can be opened against him and his fate will take a dark turn. But G-d also infused this system with compassion. Within the framework of “measure-for-measure” justice, a person cannot be surveilled unless he denigrates another. “The only way the Satan can condemn you is if you condemn others,” the rabbi explains.

Where do we see this in history? King Acha never lost a battle because that generation didn’t engage in loshon ha’ra. Alternately, King Saul lost many battles due to that generation’s lack of unity stemming from negative speech.

The other historical referent is the death of Rabbi Akiva’s students. We assume it was due to their disunity and disrespect for each other resulting from loshon ha’ra. But what did they die of? “Askara” can be assumed to be “Diptheria” a respiratory disease that asphyxiated them. Without breath, there is no speech. Labored breath discourages it. We see now, as then, that unity and refraining from such speech is required of us and protects us.

Lastly, there are two allusions that underscore the themes of speech and the repentance of mankind: the Hebrew word for plague, “dever,” has the same letters as the Hebrew word for speech, “dibur.” The generic category of this viral creature is termed, “corona” which also means “crown.” Doing the behest of the king, this pandemic assists in restoring the crown of G-d, the restoration of His presence in the world.

About the Author
Robin is a retired Language Arts high school teacher who taught in the Los Angeles Unified District for 25 years. After retiring in 2010, she hurriedly made aliyah in 2011.
Related Topics
Related Posts
Comments