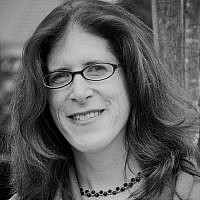 The Blogs
Catriella Freedman
Apply for a Blog
Please note that the posts on The Blogs are contributed by third parties. The opinions, facts and any media content in them are presented solely by the authors, and neither The Times of Israel nor its partners assume any responsibility for them. Please contact us in case of abuse. In case of abuse,
Report this post. 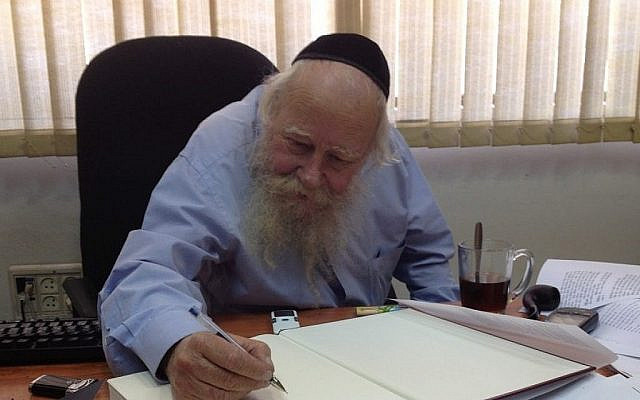 Unlike many friends and acquaintances of mine, I never had the privilege to meet him. I don’t have a personal story of his modesty, his wit, his sensitivity to hold onto, to claim as my personal treasure. What I do have is that sense of closeness, of knowledge, of understanding that lasts only a moment but feeds into curiosity and (occasionally) spiritual and religious devotion. It’s the same fleeting feeling I’ve had at different points in my life, it comes as a flash and it leaves as quickly, but makes a lasting change. It happened once in fifth grade when reading Onkelos’ Aramaic translation of a word that I realized connected to another verse. It happened again during my senior year of college when I finally glimpsed into the Maharal’s kabbalastic interpretations. And then every few years when I would teach adults a passage in Rambam, that feeling would come back. In each instance, it was as though I knew Onkelos, Mararal, Rambam. There are some people who never die, they simply take their place in our collective Jewish memory; they are people who become familiar in our minds.

My first encounter with Rabbi Adin Steinsaltz zt”l was back in 1990 when I was studying at Midreshet Lindenbaum, colloquially known as Brovender’s. There was a lot of talk about how Rabbi Brovender had been put in cherem (religious exile) by Rav Shach. Apparently, this thoroughly amused Rabbi Brovender, who quipped at the surprise of finding himself on a list of gedolim (great Torah scholars) like the great Steinsaltz.

I was curious — after all, I knew what Rabbi Brovender had done to deserve to be on the list: I was a woman in his beit midrash among many other women learning Talmud. What had Rabbi Steinsaltz done? I then spent the next few days reading Biblical Images (1984) and I was changed. Here was finally an honest analysis of our greatest heroes in a way that brought them to life. Yes, they have foibles and they are human, but it’s precisely because of their humanity that we can relate to them and learn from them. We could even strive to emulate them! Rabbi Steinsaltz opened up Talmud study in much the same way. The voice of his commentary is the same voice as the rabbis countering Rabbi Eliezer ben Hyrcanus: It is not in Heaven! (Bava Metzia 59b) Just as our forebears and prophets are to be emulated because of their humanity, so should our greatest corpus of human decision-making be open, to all of us.

From that point Rabbi Steinsaltz became part of the chorus of fleeting voices I had encountered before. I bought my first (incomplete) set of Steinsaltz in 2005 and he became my Rashi, my Rambam. I could turn to him in time of need when desperate for understanding. When learning Tractate Ta’anit with my daughter for her bat mitzvah, Steinsaltz became our guide. When we were nearing the end hoping to finish on time, his keen and insightful online analyses helped keep our pace without losing meaning. Now, attempting to do Daf Yomi, not a day goes by without entering his world. On the day that I heard he had died, the daf and his commentary talked about the passing of talmidei chachamim. President Rivlin was correct in comparing Rabbi Steinsaltz to a “modern-day” Rashi. Like Rashi, Rabbi Steinsaltz zt”l may have left our physical world, but he continues to be a familiar voice in our Jewish conversation, the voice we continue to hear in our collective mind.

About the Author
Catriella Freedman is the director of PJ Our Way, a book-based tween engagement program from the Harold Grinspoon Foundation. She and her husband are raising four kids and a dog in Zichron Ya’akov, Israel.
Related Topics
Related Posts
Comments