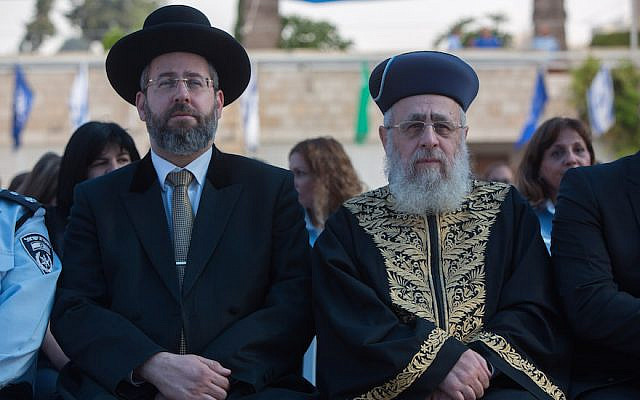 I was outraged and disgusted. This article is going to be very blunt. I cannot help it and I must speak the truth.

A mere few hours after the incredible horror of a terrorist holding four Jews hostage at Congregation Beth Israel in Colleyville, TX (and these Jews being saved, thank God), Rabbi Dr. Seth Farber, who serves as founder and director of the ITIM organization, launched into a relentless assault against the Israeli Chief Rabbinate for not addressing the incident. It is clear that Rabbi Farber’s motivation for using this hostage crisis as a battering ram to go after the Chief Rabbinate is directly related to his long history of incessant attacks on the Chief Rabbinate and current attempts supported by ITIM to strip the Chief Rabbinate of its authority. Rabbi Farber’s effort to take advantage of a mortal threat to fellow Jews for his own agenda is outrageous.

Let us play the same game in the reverse: ITIM purports to be an advocate for converts to Judaism. Where was Rabbi Farber’s public outcry when this righteous convert was murdered, or when this one was brutally killed not long ago? ITIM also claims to advocate for gender equality and marriage rights, but I don’t believe we heard a peep from Rabbi Farber about the Lev Tahor cult abducting girls and forcing them into marriages against their will, not to mention abusing them by other means. And come to think of it, the website of Union for Reform Judaism (URJ), of which Congregation Beth Israel is a member, still does not contain a word about the hostage standoff and resolution (as I write this article, two days after the incident). Why did Rabbi Farber not harshly condemn URJ, which is surely closer to the issue, and instead selectively condemn the Israeli Chief Rabbinate? Something is very fishy here, to put it mildly.

As a close friend and colleague of mine commented when seeing Rabbi Farber’s new screed, “it says more about its author than its target”.

It is unfortunate that Rabbi Farber, along with the fringe-Orthodox Ne’emanei Torah Va-Avodah and Torat Chayim organizations (both in which Rabbi Farber is an active member), have in large measure led a concerted attack to discredit the Israeli Chief Rabbinate, under the pretense of being mainstream Orthodox organizations, whereas in truth, mainstream Orthodoxy of all stripes has shunned these groups and considers them not qualified to represent the Orthodox community, Halacha or authentic Torah values. While one might not agree with every single thing that the Chief Rabbinate does, those who are committed to Torah tradition are mandated to support it and realize that its collapse would signify the end of serious halachic standards in the State of Israel and well beyond.