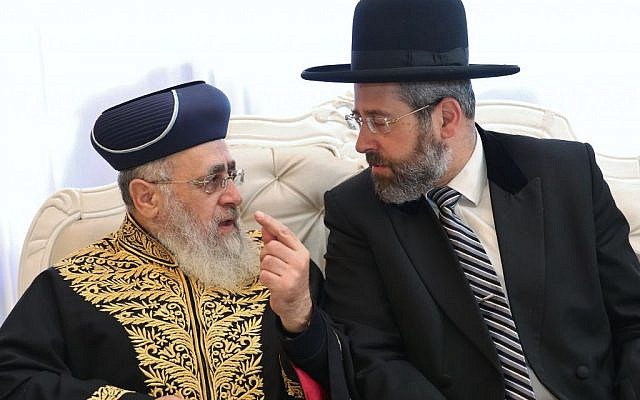 Last week, a government minister sent me a WhatsApp that can only be described as bizarre. The message, with a few links, said: “Have you seen this?”

The links sent me to a clip from an investigative piece on Israel’s Channel 14 (what used to be Channel 20) that sought to delegitimize ITIM, the organization I founded and direct. Their method of delegitimization (presented by a right-wing ultra-nationalist so-called “religious Zionist” group) was to say that some of the foundations that financially support ITIM also support the Reform movement. As such, they argued, ITIM should be shunned. During the show, the anchor tried to egg on the investigative reporter: “Are you saying that ITIM supports the Reform movement?” The reporter couldn’t actually say that so he just repeated himself. “The same donors support both ITIM and the Reform movement.”

The sheer senselessness of such a claim – on the basis of which the reporter challenged my Orthodox credentials – need not be addressed, and the truth is, that I would have ignored the entire episode. But then Colleyville happened. Less than 48 hours after the ludicrous claims against me were aired on national television, four members of a Reform temple in Texas were held hostage for close to 11 hours – apparently because they were Jews.

Across the Jewish world, rabbis, leaders, and government officials called for prayers on behalf of the hostages. Israel’s prime minister – who himself traveled to Squirrel Hill in Pittsburgh in October 2018 after the shooting there – made a statement expressing Israel’s deep concern for the hostages and affirming Israel’s commitment to fighting antisemitism around the world.

I tried to find some statement from the chief rabbis of Israel condemning the hostage-taking, or showing support for the Jewish community in Colleyville. Nothing.

I tried to find some statement from the group that sought to delegitimize ITIM on Thursday night condemning the hostage-taking or showing support for the Jewish community of Colleyville. Nothing.

In fact, on Saturday night, at least one hour after the hostage crisis was public, the chief rabbi of Israel delivered his weekly Saturday night class and, listening to the sections that were published, I was struck that he spoke without mentioning a word about the hostages, without offering a prayer for their safety, without even noting how halacha, Jewish law, gives top priority to pidyon shvuim (the redeeming of hostages). Instead, he told his listeners that the new conversion bill will cause immeasurable damage to the Jewish people and he spouted lies about some of the more moderate religious Zionist rabbis who engage in conversion.

The chief rabbinate and the right wing of the religious Zionist community, which (falsely) claim to follow the traditions of Israel’s first chief rabbi, Abraham HaCohen Kook, have turned Rabbi Kook’s poetry into poison, and his ahavat chinam – love without judgment – into animosity.

To be sure, there is much disagreement between the Orthodox and Reform communities, ideologically, and practically. But we are all one people, even with our major disagreements. Israel has a great responsibility toward all Jews, even those that we disagree with, and moments such as Colleyville remind us all too quickly how great that responsibility is. The groups that appeared on Channel 14 and others that espouse their hatred towards other Jews are engaging in chillul hashem, sacrilege, and it is time to call them out on this.

So, when I wrote back to the minister who sent me the WhatsApp that these kinds of attacks don’t bother me, I should have written something else. It would behoove all Jews to stop trying to delegitimize each other. We have enough challenges from without. If our enemies seek to destroy us from without, let us not make their work easier by destroying each other from within.