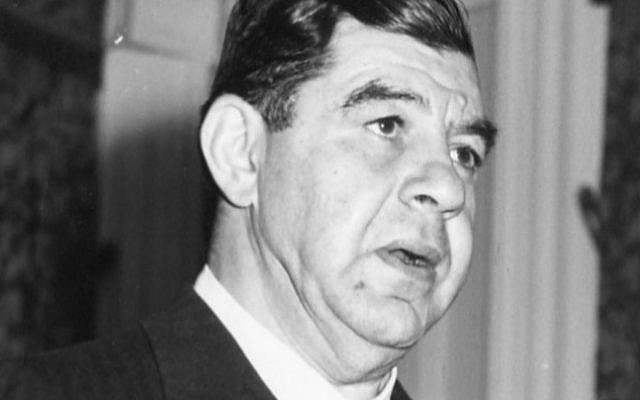 The Great Kosher Meat War of 1902 (Potomac Books, Dec. 1, 2020) describes the controversies surrounding Chief Rabbi of New York City, Jacob Joseph. History views him as a tragic figure, an immigrant from Vilna who did not speak English, yet was enmeshed in a highly politicized battle among kosher butchers, kashrut supervisors and consumers.

In a December 13 note From the Editor’s Desk, Andrew Silow-Carroll, the editor-in-chief of the New York Jewish Week, wrote a postscript to the story.

Wild in the Streets

[T]he tragic tale of Rabbi Jacob Joseph, a Vilna rabbi brought to New York in the 1880s to serve as a sort of chief rabbi to the city’s growing and diverse Jewish community.

“He never learned English, he never figured out America. He was a small-town rabbi who was utterly defeated,” said Seligman.

Rabbi Joseph’s story ended in success, not sadness.  Like many immigrants to the Lower East Side, Rabbi Joseph’s hardships served as a prelude to his descendants not only entering  into, but reaching the pinnacle of, American society. The rabbi’s grandson, Lazarus Joseph, served in prominent positions in New York City from the 1930’s to the mid-1950’s , both in the civil service and elective office.  In each, he served the people. He investigated crime in the meat industry before gaining election to the New York State Senate in the depths of the Depression.  There, he championed mortgage relief and other state aid to the needy. Governor Herbert H. Lehman embraced him warmly.

After World War II, he won election to two terms as the first Orthodox Jew to become Comptroller (Chief Financial Officer) of New York City. He strove to improve the lot of working people. He advocated strenuously on behalf of Holocaust survivors. Prophetically, he warned against excessive borrowing, which decades later nearly pushed the city into bankruptcy. In all, he spoke candidly, most notably calling out the incompetent mayor with whom he served.  Multitudes mourned a much beloved statesman at his funeral in 1966 and the New York Times published a prominent obituary on his death.

Lazarus’s son made the ultimate sacrifice, Lazarus’s son, Jacob, a 33-year-old junior at Columbia University, left school to enlist in the Marines.  He died at Guadalcanal in October 1942.  Five years later, his father and other city officials dedicated Capt. Jacob Joseph Playground, at the corner of Henry and Rutgers Streets on the Lower East Side in his memory. A bronze plaque affixed to a flagpole commemorates Capt. Joseph, a fallen warrior. For thirty years, students at Rabbi Jacob Joseph School, located at 165 Henry Street, used the park for recreation. The playground serves the neighborhood even today.

Ethics of Our Fathers teaches that the glory of the older generation lies in their grandchildren.  From an immigrant “failure” to a city father in two generations proves the success of the Joseph family.  Jews should take pride