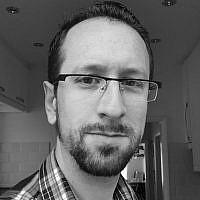 The Blogs
Jonathan Levy
​you shall love your neighbour as yourself" (Leviticus 19:18)
Apply for a Blog
Please note that the posts on The Blogs are contributed by third parties. The opinions, facts and any media content in them are presented solely by the authors, and neither The Times of Israel nor its partners assume any responsibility for them. Please contact us in case of abuse. In case of abuse,
Report this post. 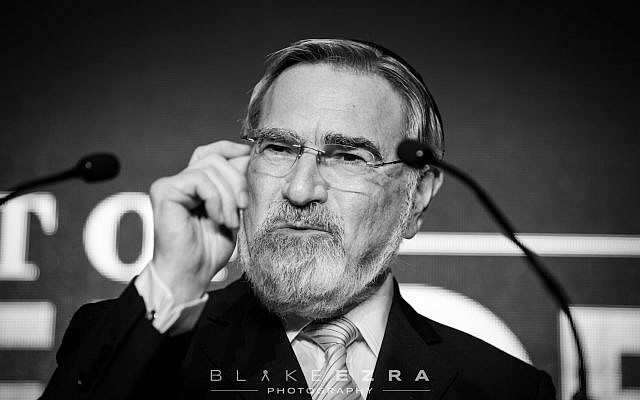 It has been a great source of comfort reading the many recollections and stories written about Rabbi Sacks over the past week. Many of these in my news feed are from peers and good friends of mine. Rabbi Sacks was an acclaimed author, television and radio personality, and academic. He delivered powerful speeches in the House of Lords and was close friends with Royalty, Prime Ministers and global leaders. More significantly, Rabbi Sacks was a Rebbe, that made ordinary people like me feel like they too were important and could change the world for good.

I want to try and explore the nature of Rabbi Sacks’ impact on me and my peers and to do that I am going to start with a bit of history. 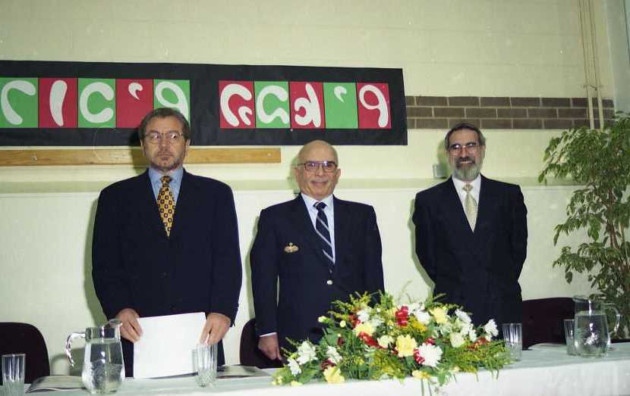 The first time I heard the name Jonathan Sacks, was at a visit to my grandparents in the East End of London in 1991, when I was only nine years old. My Booba Phyllis’ best friend Milly Resnick was boasting about her cousin becoming Chief Rabbi. In the community I grew up in, Chigwell & Hainault, we merited Rabbi Sacks’ presence over several Shabbatonim and events over the years. Most prominent was the inauguration of our Rabbi, Rabbi Baruch Davis, in 1998. Rabbi Sacks visited my school, King Solomon High School, many times. The most memorable I recall was in 1996 when King Hussein of Jordan was invited as a guest, landing in the playing fields in his private Helicopter. It was thanks to the school that I came to own my first book by Rabbi Sacks, Celebrating Life, which we received on graduation in 2001. Following graduation, I decided to go to Yeshiva to study Torah intensively for two years. I was financially supported in this by a grant awarded from the Office of the Chief Rabbi. I remember meeting Rabbi Sacks whilst in Israel that year where he addressed all gap year students at an event held at the Renaissance Hotel in Jerusalem.

Around the time I was in Yeshiva, Rabbi Sacks launched his weekly Covenant and Conversation (C&C) series. This series started off life as a weekly Parsha sheet, printed off religiously by United Synagogue communities across Britain. It was a welcome addition to the permitted materials to read during a long United Synagogue shul service. They very quickly became established as an essential guide to understanding the weekly Parsha. More than this, however, C&C marked the transformation of Rabbi Sacks from respected dignitary and Jewish academic to Rebbe – teacher of Israel. Covenant and Conversation was his virtual Beit Midrash, his channel, through which his ideas could become mainstream across the whole Jewish community. Tapping into Rabbi Sacks’ Torah was now as easy as reading the paper. With the advent of the internet, it had gone global.

For many of my peers and me, Rabbi Sacks’ peak fortuitously coincided with the period in which we were starting on our spiritual journeys. In sixth form, on our gap years, at university, entering the world of work.

Growing up in the ’80s and ’90s was a blessing. I was lucky to have witnessed probably some of the best, most positive decades in human history. Economic growth seemed to be unstoppable. Technological change seemed to be progressing at lightning speed. Science was conquering disease – decoding the human genome, cloning sheep. Despots and regimes fell; peace was near in the Middle East. Then came the dotcom bust, the terror attacks of 9/11, the second intifada, pandemics, and suddenly the world became a lot darker. Headlines about religion seemed to focus on religion gone wrong, on terrorism and extremism. Being Jewish on campus suddenly became fraught with fear as Jewish students came under anti-Semitic attack under the guise of anti-Israel activism. Academia began to assert itself, seeing religion as an irrational force for evil; scientists like Richard Dawkins attacked all religion, calling it delusion. Within the Jewish community, witch hunts and extremists seemed to be taking over any rational dialogue on religion or Israel. These were turbulent and challenging times, and at every step of the way Rabbi Sacks was our defender, our visionary, our guide. Whether it was a new book, a new project, a media interview or production, it was as if God had placed Rabbi Sacks to say the exact right things at the exact right times. Rabbi Sacks enabled us to stand in these times with pride, to be able to boast about the beauty of being Jewish, about the universal relevance of Jewish concepts. Rabbi Sacks was a personal example to us all of the best of what Judaism has to offer not just Jews but the world as a whole.

Several vital influential moments stick out for me:

As a family, we have had the merit of a personal connection to Rabbi Sacks and Lady Elaine, as well as their incredible daughter Gila and son in law Elliott. We keep with pride a photo of Rabbi Sacks holding our daughter Ma’ayan aged just two months old. 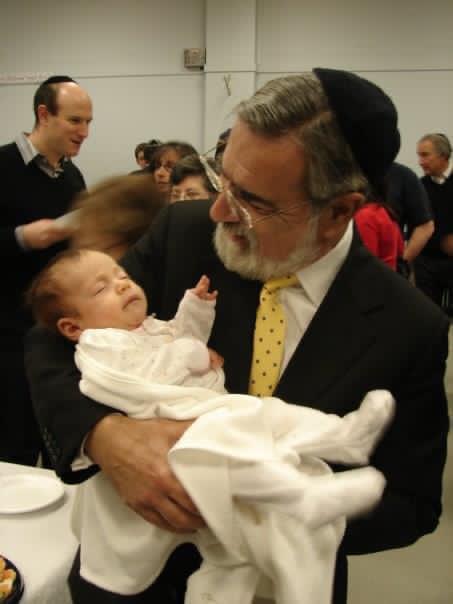 My wife Sharon spent many a Shabbat at the family home and will cherish those memories forever. I believe Rabbi Sacks is known to have referred to Sharon, Gila and their friends as the Besamim Girls, for their beautiful singing over Shabbat. I feel proud knowing that Rabbi Sacks laughed out loud, when he got hold of a copy of our community Purim Shpiel video that Sharon and I produced in 2009 whilst working as community youth directors. A special memory for Sharon and myself was meeting Rabbi Sacks at his home in 2013 just as he was retiring from the Chief Rabbinate. Forever the innovator, he discussed with us his new siddurim and commentary and tasked us to find ways to work with him on innovation in prayer. He gave us his blessing for the future and hoped we could work with him in his new chapter. Finally my most cherished possession, a signed Koren-Sacks siddur, with a personal birthday message from him to me.

Rabbi Sacks is famous for his appreciation of Chabad and the work of the Lubavitcher Rebbe. In many respects, I can see in his life’s work and achievements, many similarities to the Lubavitcher Rebbe; his broad intellectual abilities, his ability to appeal to all Jews (and non-Jews), his being on the forefront of innovation, utilising modern technologies to disseminate Torah knowledge; his ability to inspire leaders. What I have begun to realise in this week of shock, is that we, those he leaves behind, are the shlichim now. He has given us everything we need. It is time to look outwards and share this vision, this Torah. This is a Torah of yemot haMashiach; sweet, beautiful, shining, positive, joyous, full of hope. The world needs it more than ever. Israel needs it more than ever.

As for me, Rabbi Sacks was my Rebbe, and I am forever indebted to him and in his own words:

“Teachers give us more than knowledge. They give us life. Having a great teacher is as close as we get to heaven.”

May Hashem give comfort to his family, amongst the mourners of Zion. Amen.

About the Author
Jonathan has been involved in informal youth and adult education for over a decade and in 2017 moved to Israel with his family from London. In his spare time he is an accountant.
Related Topics
Related Posts
Comments