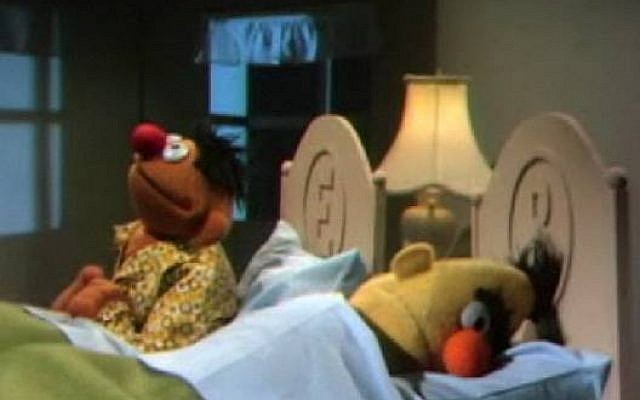 There is much reason to believe that Rabbi Sadan has no hateful intention trying to renew the LGBT debate. He’s so ignorant about the subject, and with him literally thousands of Orthodox Rabbis, that he doesn’t even understand the hatred he’s fostering. So let me help him understand.

(I’m sidestepping the hatefulness he shows about Muslim immigrants in Europe. Not because that’s not important but that’s just for another time.)

Having an “open, honest” debate about gays (GLBTQ is the new politically correct term for the ultra-right not to say gay or homo-sex-ual) is like wanting a frank discussion about the Jews. We all know how evil they are, is implied by such a deliberation. It’s wicked talk from the start.

Face it, Rabbi, your trouble with gays is not because there is anything wrong with such people. If you would be less hostile, you would find them among your close family, congregants, neighbors, colleagues, etc. You only need to say one appreciative thing about  gays for them to come out of the woodwork. The best of the best people. (Not that straights are not. Funny that can praise women, children, Jews and farmers but when we honor gays, people get defensive.)

Your hesitation stems from an interpretation of Torah and other Jewish texts with an absolute desire not to learn that one’s interpretation must be wrong and hence to persist in views that are as stupid as claiming that the earth is flat, gravity or evolution doesn’t exist or life is simple.

I know that if you even so much as question the mistake of 50 years ago that the people calling themselves gay must be sinners, you will be expelled from Orthodox circles as much as the gays. Throw your lot in with the gays and you’re done. And still, every one of the Orthodox rabbis has the responsibility to speak the truth and admit that they apparently know nothing about the issue because it is unthinkable that G^d wants millions of people live asexual lives.

There are many denominations that thrive on denying reality. But Judaism has never been part of such a worldview. Rabbi Sadan, you must shut up and with a humble heart begin to listen to gays and try to think up something better than question their goodness. If not, every word you say about it is a disgrace of G^d – the worst sin in Judaism – far worse than anything you attribute to gays!

It’s for your good, for the good of your close gay loved ones and for the sake of Judaism that you need to stop questioning the goodness of gays.

Much as the Holocaust was not a Jewish debacle but the downfall of Christian Europe, likewise a Jewish assault on gays is a big moral stain on those who are called upon to be a Nation of priests to the whole world.

Don’t question others until you have questioned where you are coming from. Are you defending G^d’s word or rather the ignorance of your community? You need to find out quickly. Meanwhile some meek silence would be in order.