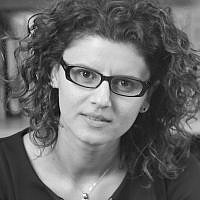 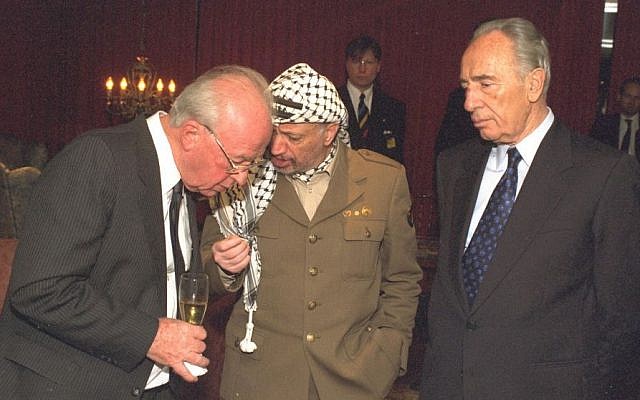 I was 13 when Yitzhak Rabin was murdered, exactly the same age as my eldest daughter is today. The 22 years that have passed since the assassination of the fifth prime minister of Israel make me wonder whether it’s me or our political reality that is pervaded by pessimism.

Rabin, the general who had instructed IDF soldiers to “break their arms and legs” during the first intifada, later recognized the importance of and worked toward a shared lifeand the creation of greater equality between Israel’s  Arab and Jewish citizens. Recently I read the agreement brokered by Moshe Shahal in 1990 that paved the way for the Hadash party’s support of the government coalition lead by Rabin’s Labor Party. And in 1992, Rabin said this at an election event in Nazareth in 1992: “We have been in power for 29 years and are guilty of discrimination. For that I ask forgiveness and intend to act to eradicate discrimination.”

Although the current government is working on many levels to narrow the gaps between Arabs and Jews, such statements, certainly as uttered by the prime minister, now sound like far away pipe dreams.  Instead, we hear such statements as “Arabs are flocking to the polls.”

It is customary to talk about Rabin’s policies on the peace process, and in the political sphere, but let us not forget that Rabin also sent hundreds of millions of shekels to local Arab municipalities to improve the education system in these areas. For the first time in Israel’s history, he appointed an Arab to be the chairman of a government-run company, a development that at the time was anything but a foregone conclusion. More generally, Rabin was prepared to rely on an Arab majority without hesitation, in order to pass the Oslo agreement and thus send an important message: the Arab population in Israel is part of the state’s decision-making process.

Rabin substantially altered national priorities and boldly shifted the emphasis to society’s most vulnerable and the country’s geographic periphery — at the expense of the strong and well-connected. Specifically, he pushed for a 70 percent increase in the education budget, the National Health Insurance Law, greater investment in infrastructure in the periphery, the establishment of public colleges in the periphery, public sector wage hikes and a boost in foreign investment.

Rabin, like the popular song that is dedicated to him says, served as a ship captain. He knew how to navigate public opinion, while staying true to the dictates of his conscience and not only acting according to the whims of public sentiment. In the last years of his life, this character trait facilitated the integration of and ushered in a new sense of hope among the Arab citizens of Israel. Rabin’s revolution thus gives us hope that those who today view Arab citizens as enemies can and will change their outlooks tomorrow. After all, our political involvement and partnership with Jewish society are crucially important for the creation of an infrastructure for coexistence.

Since Rabin’s murder, many processes have taken place in Israeli society, both among Jews and Arabs. And even though we have come a long way with regards to investing in infrastructure, it always seems that a different commander’s spirit could have made the road to real progress easier and more quickly traversed. Having a captain such as Rabin could have resulted in the development of a system that ensures equal representation at the decision-making levels, fair regulation of land and services in the Arab towns and legislation that enshrines equality as a right that’s guaranteed to all.

However today, even if government agencies recognize the need to work with Arab society to promote progress, we are constantly faced with legislation whose sole purpose is to weaken an already fragile coexistence. Specifically, I refer to the proposed nation-state law, muezzin law, Nakba law and many more initiatives that rip Arab society up from within and set the entire country back three steps.

As an Arab citizen of Israel I am not an acolyte of Yitzhak Rabin and cannot identify with the Zionist values ​​that he represented. Nevertheless, it seems that his values also paved the path on which we stand today and from where we can find our rightful place within the State of Israel. For this, the Arab citizens of Israel should salute Rabin, who sanctified people over land and statesmanship over statism.

For many of us Rabin will forever remain the warrior who brought the value of equality to center stage.

About the Author
Nasreen Hadad Haj-Yahya is a researcher for the Israel Democracy Institute and a research assistant in the geography department of Tel Aviv University.
Related Topics
Related Posts
Comments