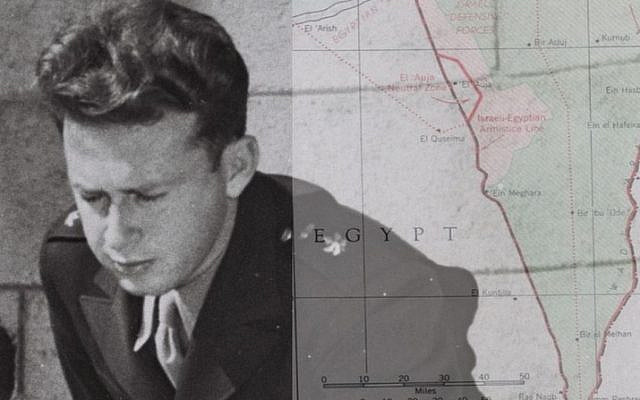 “I have had enough of diplomacy and politics,” declared Yitzhak Rabin.

Just prior to his 27th birthday, the modest red-headed lieutenant colonel was abroad for the first time, reluctantly part of the Israeli negotiating team on the Greek isle of Rhodes.

Dr. Ralph Bunche, who would receive the Nobel Peace Prize the next year for his efforts, had brought together Israeli and Egyptian military leadership on the island to work out an armistice agreement in early 1949. 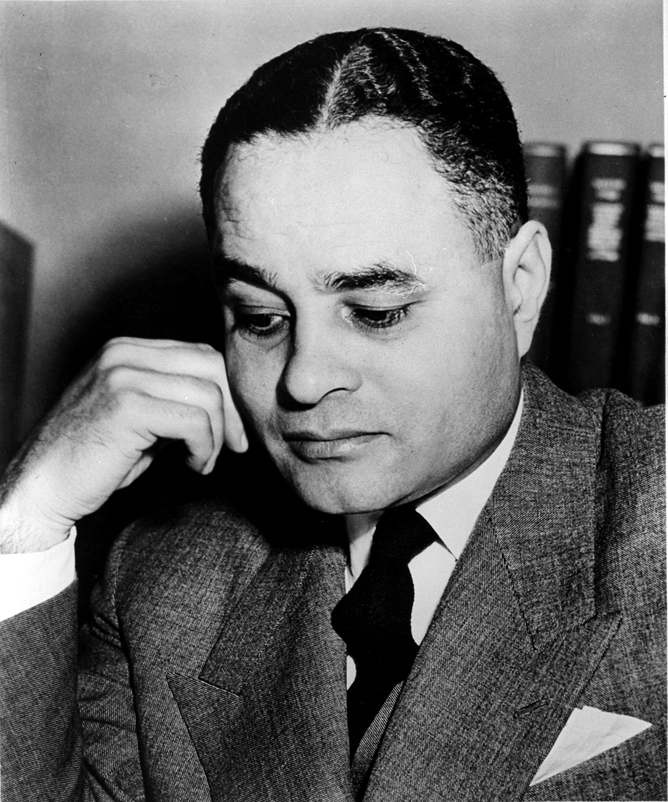 Two days into the talks, the Israelis realized that they needed a representative from the southern front. Its commander, Yigal Allon, had refused to go. Allon’s protégé, Rabin, also strongly preferred to stay in Israel, where the fighting continued.

Both men had served with distinction as part of the Palmach, the elite fighting force which Prime Minister David Ben-Gurion had recently disbanded, its troops integrated into the newly formed Israel Defense Army (now more commonly referred to as the “Israel Defense Forces” or “IDF”). 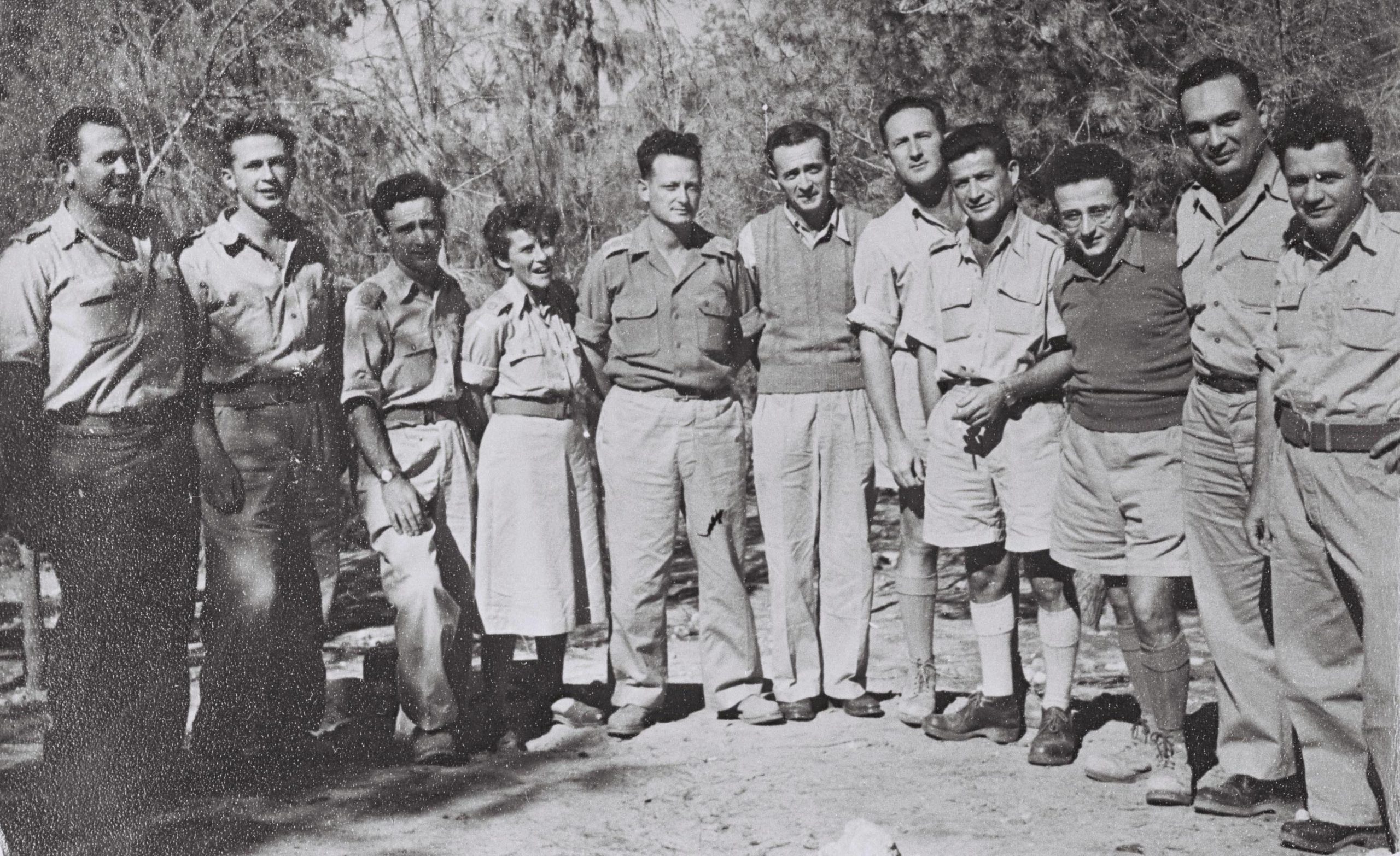 Palmach fighters had prided themselves in a particular ideology that was in many ways antithetical to the “textbook” conduct of a professional military. In the Palmach, chains of command were blurred, the pageantry of military life nonexistent.

Even after ranks were introduced to the IDF in the summer of 1948, Rabin and others wore them sparingly. The concept of a dress uniform was foreign, unnecessary, and disdained.

Despite his reservations, the young Rabin was sent to join the small Israeli delegation at the luxurious Hotel des Roses. 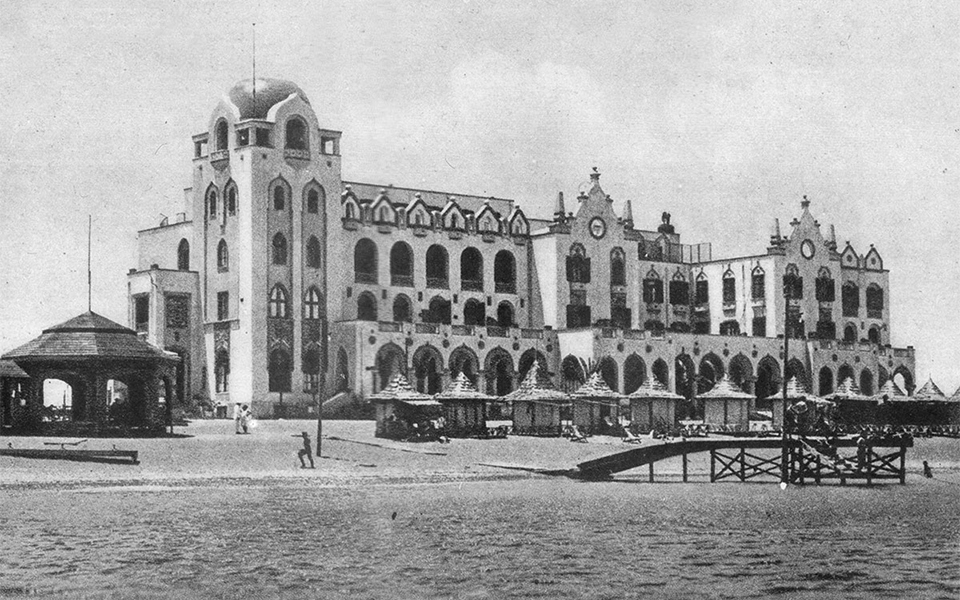 With the exception, perhaps, of Allon himself, Rabin was certainly the most qualified man to represent the interests of the southern front at the talks, possessing an intimate and battle-worn familiarity with the terrain.

Perhaps most importantly — from Allon’s perspective — Rabin would faithfully promote the strategic interests that the two felt most critically needed to be represented and defended in such discussions, especially as they strongly disagreed with many of the opinions held by the others already in Rhodes.

As the front’s deputy commander and chief operations officer, Rabin was quickly stepping out of Allon’s shadow. 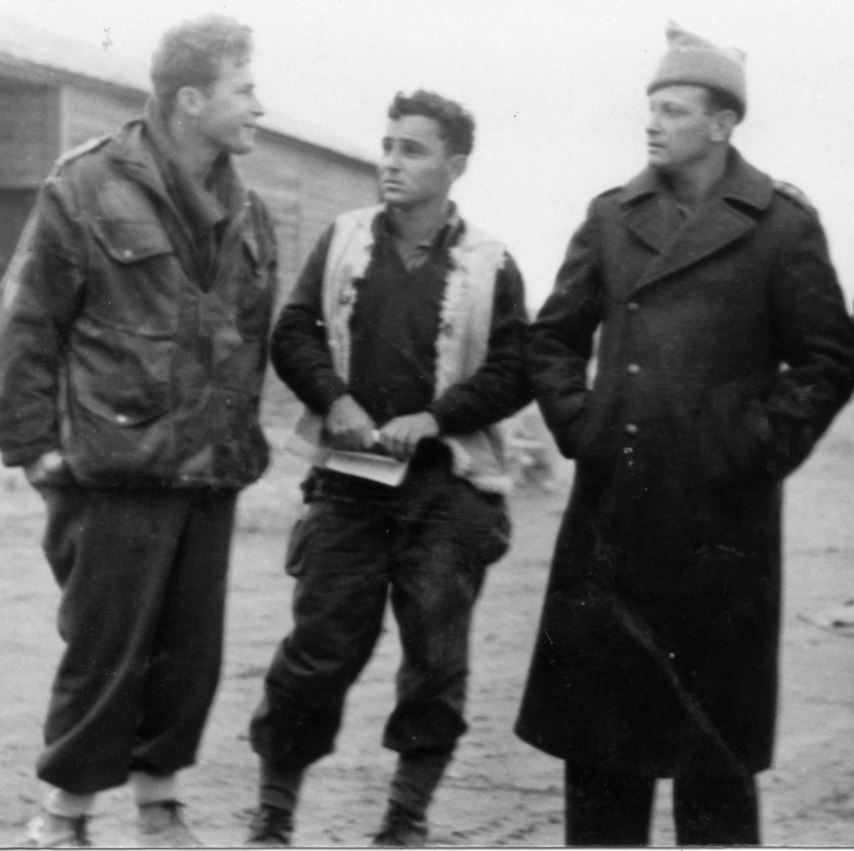 In Yitzhak Rabin: Soldier, Leader, Statesman, Itamar Rabinovich explains that around the time of the talks in Rhodes, Rabin “began to be seen on his own as a first-class military planner, the officer who meticulously mapped out the major operations in the south and then supervised their implementation.”

After years of dreaming of a return to the agricultural life for which he had trained as a teenager, Rabin’s trajectory as a career soldier had now become quite clear. Still a few years shy of 30, he had already achieved one of the highest ranks in the IDF (even though he preferred not to wear it on his sleeve), and was now preparing for his first appearance on the international diplomatic scene.

Never having needed one, he had no dress uniform for the occasion, though; fortunately, one was procured for him.

Recently, another Israeli military official had needed formal attire for a meeting with King Abdullah of Transjordan. For that occasion, a soldier had been dispatched to a Tel Aviv thrift store where he purchased a used World War II American dress uniform, which – now all but threadbare – would be worn by Rabin to meet the Egyptians and United Nations mediators in Rhodes.

A necktie would also be necessary. This, too, Rabin had never worn, nor did he know how to tie (or untie) one. 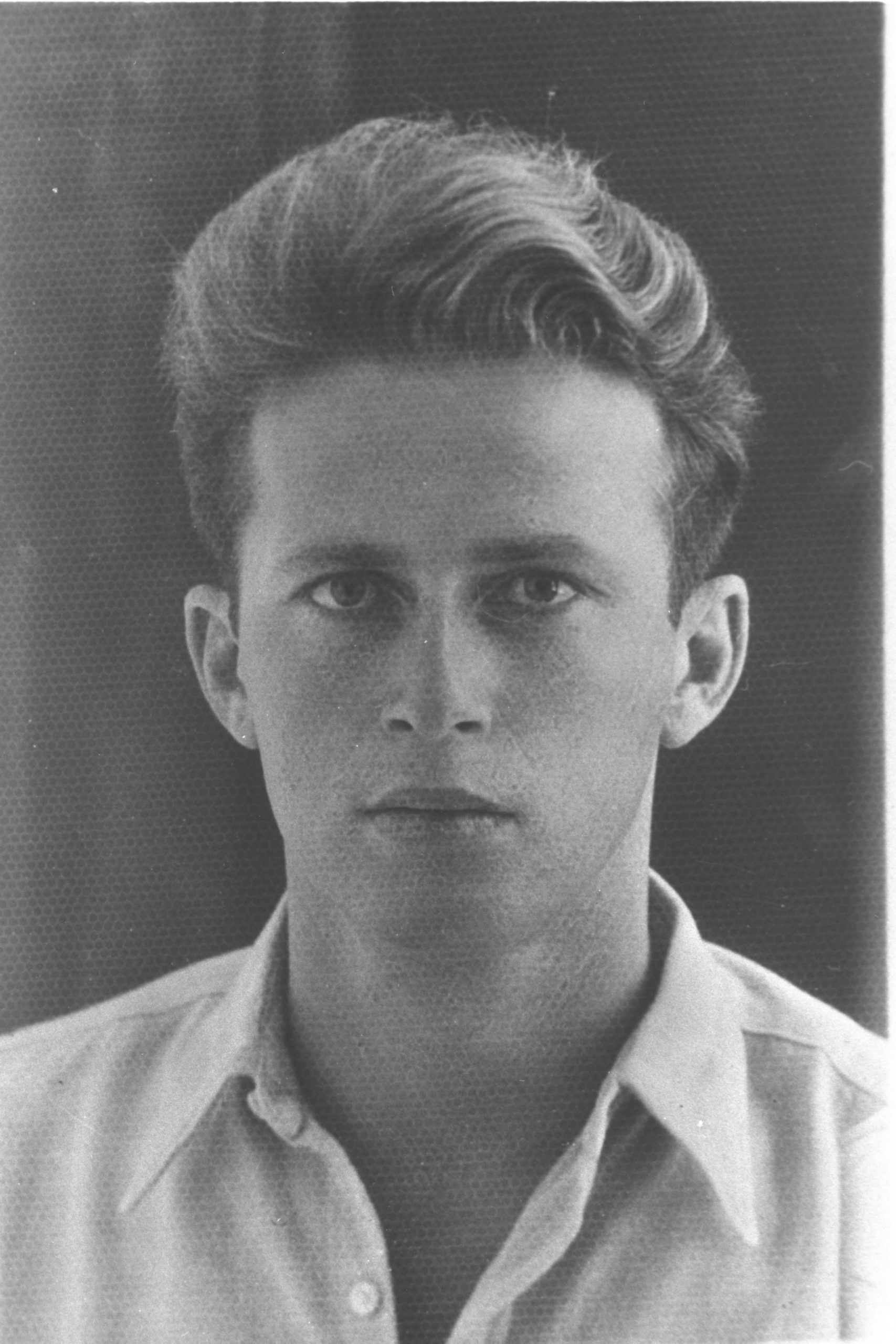 Walter Eytan, the director general of the Israeli Foreign Ministry and head of its delegation to Rhodes had a spare British-knit khaki tie which he gave to the young officer. Though different stories about the necktie were told over the years, it seems that a number of people, including Eytan, fellow Palmach fighter Yeruham Cohen, and even Rabin’s driver, all tried to teach him the proper way to tie a tie.

Rabin was quite dexterous and had once intended to study hydraulic engineering, yet he famously had trouble mastering the necktie at the Hotel des Roses.

Ultimately, the story goes, his driver graciously tied it for him, leaving it loose so that it just had to be tightened in order to show up to meetings and dinner looking presentable.

“I was terrified of the prospect that the knot might come undone,” the future prime minister later recalled in his memoirs.

Despite the assistance, no one had explained how to properly loosen or remove a necktie, and when he went to the hotel’s barber and was asked to take the tie off, Rabin struggled mightily, eventually forcefully yanking it over his head.

Top Egyptian negotiator Colonel Seif a-Din, with whom Rabin had become friendly, witnessed the event with astonishment. The prime minister would later muse that the distinguished Arab officer probably thought at the time: “What kind of savages am I dealing with here?” 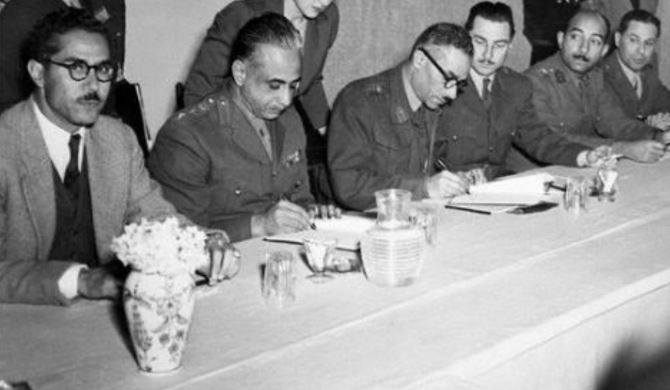 Members of the Egyptian delegation to the negotiations in Rhodes, including Colonel Seif a-Din (third from left) (Public Domain)

Following initial coldness and Egyptian refusal to speak directly with the Israelis or even sit in the same room as them, the two sides would not only come to engage with one another in the context of the official negotiations and the barbershop, but would also socialize between meetings, often playing billiards, a game Rabin first learned (and reportedly mastered) at the Hotel des Roses.

Before boarding the UN charter flight to Rhodes, Rabin had been instructed by his mentor Yigal Allon to accept nothing less than a full peace and to not allow Egypt to retain the territory which would become known as the Gaza Strip.

In his first international diplomatic role, the man who would serve as ambassador to the United States before becoming prime minister reportedly said nothing in any of the official meetings between the sides, though certainly not because he had nothing to contribute to the conversation.

In fact, he served as an active and critical adviser behind the scenes, so important in that capacity that when he asked to leave the island after becoming disillusioned with the direction of the negotiations, General Yigal Yadin refused to let him go. 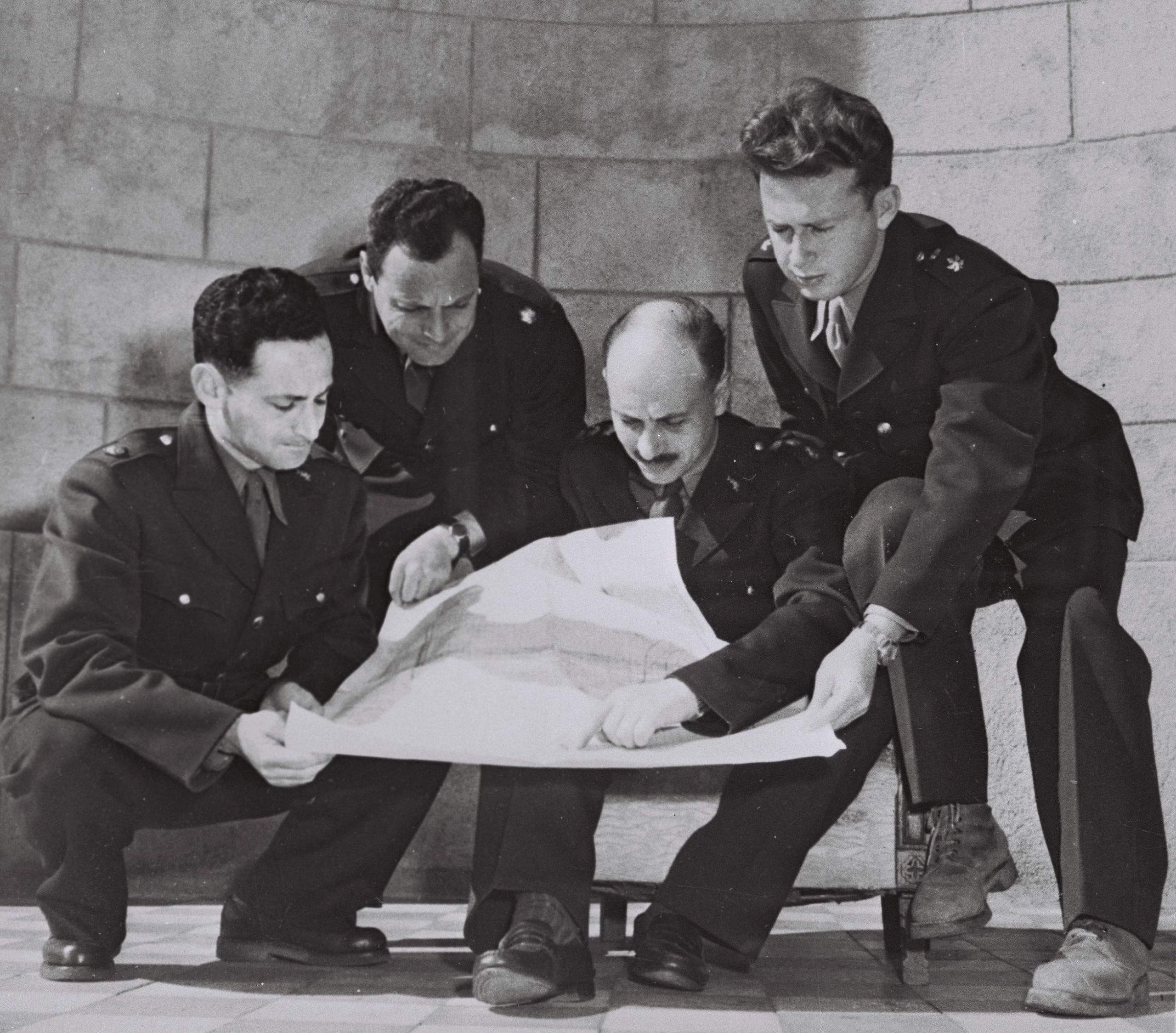 Rabin (right) and other members of the Israeli delegation to Rhodes study a map, 1949. (Courtesy: GPO)

A number of factors likely contributed to Rabin’s mute presence at the official meetings.

In his comprehensive Hebrew-language biography of the Israeli leader, historian Yossi Goldstein proposes a few reasons, including Rabin’s introverted character, his poor English at the time, his respect for the more senior members of the delegation and — perhaps most significantly, according to Goldstein — the disagreements he had with his colleagues.

He himself recalled being “hardly enraptured by the charms of diplomatic ‘give and take'” at the time.

Nonetheless, according to Rabinovich, who served as Rabin’s ambassador to the United States and chief negotiator to Syria in the 1990s:

“This first experience in diplomacy and negotiations had a lasting effect on Rabin. The lesson he drew from the Rhodes negotiations was that it would be wrong for Israel to negotiate with a group of Arab states because the radical parties would force their line on the others. He would always try to negotiate with one Arab party at a time.” 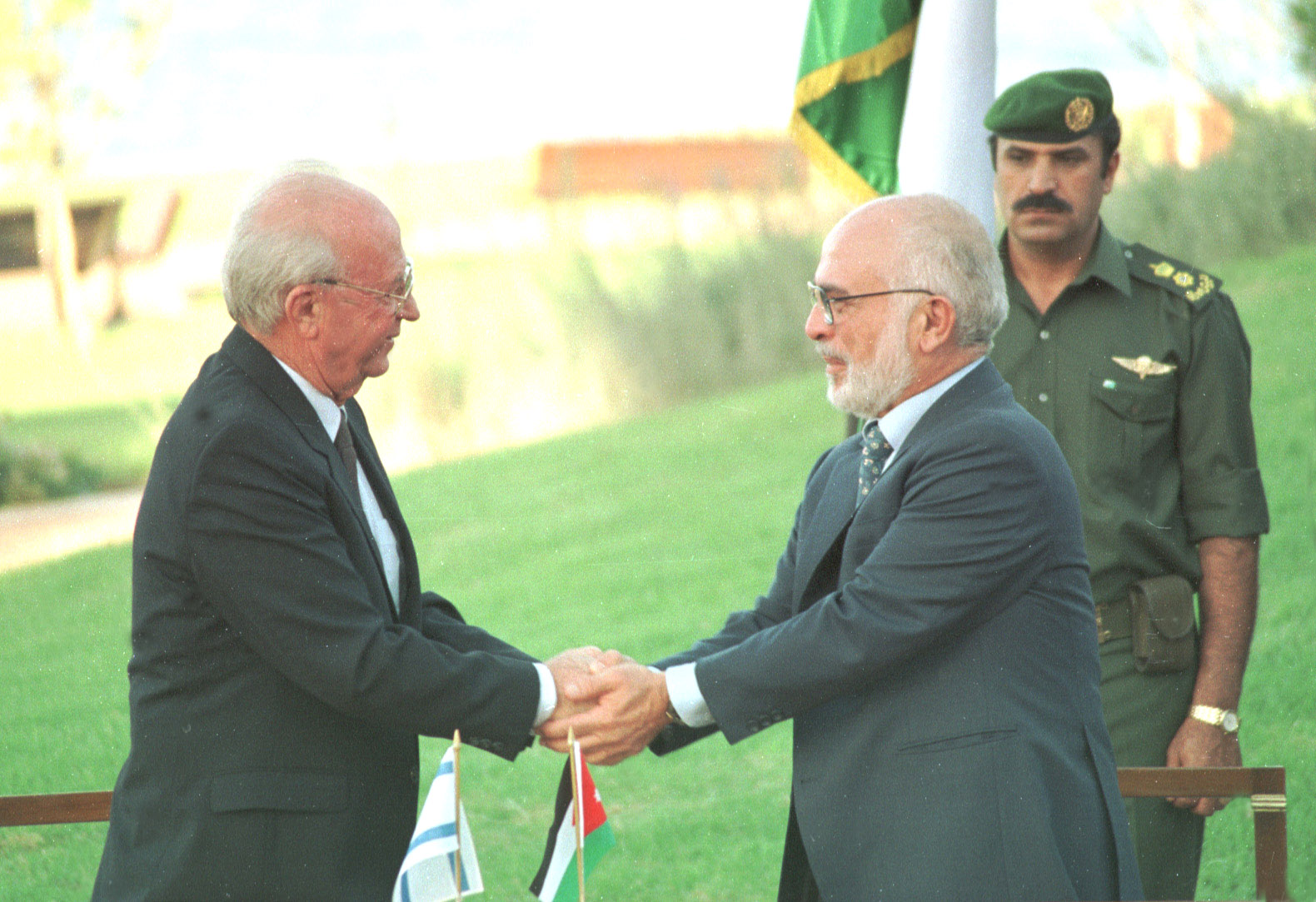 As the agreement with the Egyptians was being finalized, it became clear that, while some of Rabin’s suggestions had made their way into the document, especially with regard to the demarcation of armistice lines, neither of Allon’s two primary objectives had been achieved.

Disagreeing with the prime minister and other senior members of Israel’s leadership, Rabin concurred with Allon in his prescient belief that without securing these demands, war would simply break out again in the not-too-distant future.

Prior to the signing, Yitzhak Rabin boarded a flight home, unwilling to be a part of something he viewed as strategically perilous for the future of Israel — and eager to help Allon secure control of the Negev.

Many thanks to Ambassador Itamar Rabinovich for generously contributing his time and expertise.

“Rare Pictures: When the Haganah Trained on the Beaches of Tel Aviv”
“The Epidemic That Brought Jews Back to Jerusalem”
“The Children of ’73 Write About the Yom Kippur War”