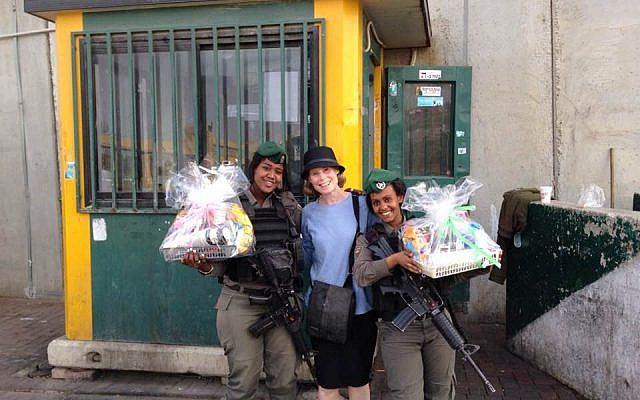 The author at Kever Rachel

In Parhsat Vayetzei, after working for seven years in order to marry Rachel, Yaakov tells Lavan that his term has been completed and he is ready to get married. Lavan gathered all of the local people and made a wedding feast.

When it was evening, he (Lavan) took Leah, his daughter, and brought her to him (Yaakov). He consummated the marriage with her…When it was morning, behold it was Leah! He (Yaakov) said to Lavan, “What have you done to me? Did I not work with you for Rachel? Why did you deceive me?”

How did Yaakov only realize in the morning that it was Leah? Why did he think that it was Rachel in the evening?

Rashi quotes the Talmud, Megillah 13b which explains that Yaakov had given Rachel certain signs. When Rachel saw that Leah was being brought to him she thought: “My sister may now be humiliated,” whereupon she readily transmitted those signs to her.

What was the modesty exhibited by Rachel?

In Breisheet 29:12 we read: “And Yaakov told Rachel that he was the brother of her father.”

Was Yaakov the brother of her father? Wasn’t he the son of Rivka, her father’s sister? Rather, this is what happened: Yaakov asked Rachel to marry him and she answered, “Yes. However, my father is a deceiver and you will not be able to outwit him.”

Yaakov answered, “I am his brother in deceit.” Then Yaakov asked “What deceit would he use against me?”

Rachel answered: “I have a sister, Leah who is older than I, and my father will not marry me off before he marries her off (he will therefore try to trick you into marrying her).” To prevent this from happening, Yaakov gave Rachel signs/ passwords where he would be able to identify her as Rachel.

When the wedding night arrived and Rachel saw that her father was indeed planning on substituting Leah, she said to herself, “Now my sister will be put to shame” (since Yaakov will ask her for the passwords and she will not know them). She gave the signs to Leah and therefore Yaakov didn’t know until the morning that it was really Leah.

Eicha Rabba, Ptichta 24 takes Rachel’s selfless behavior a step further and explains that when the Beit HaMikdash was being destroyed, Yirmiyahu pleaded with each of the Avot, forefathers- Avraham, Yitzchak and Yaakov as well as Moshe to rise from their graves and beg God to have mercy on their children. However, God would not listen to any of them. At that point, Rachel jumped in and said:

Sovereign of the Universe! It is revealed before You that Your servant, Yaakov loved me exceedingly and worked for my father on my behalf for seven years. When those seven years were completed and the time arrived for us to get married, my father planned to switch me with my sister. I had pity on her and I gave over the signs which I arranged with Yaakov so that he would think that she was me. I did her a kindness, was not jealous of her and did not expose her to shame. If I was not jealous of my rival then why should You, a King who lives eternally and are merciful be jealous of idolatry and exile my children and let them be slain by the sword. I had mercy on my sister, you should have mercy on your children.

God answered, for your sake, Rachel, I will restore Israel to their place.

In Yirmiyahu 31:15 we find the portrait of Rachel crying:

Yirmiyahu’s words of consolation are found in Yirmiyahu 31:16-17:

God did in fact follow through and continues to reward Rachel. The Jewish people have returned the Land of Israel after 70 years of exile. With the founding of the State of Israel, Jews from all over the world are once again able to return to their homeland.