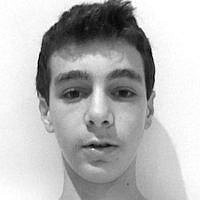 I consider myself a proud “Ramahnik” as I’ve attended Ramah camps in Nyack, the Berkshires, the Rockies, and Jerusalem. My favorite memories are evening activities that ended in laughter and ice cream, benching and dancing after Shabbat meals, and davening outside atop a majestic mountain or while looking out at a glistening lake. Although formally affiliated with the Conservative movement, Ramah camps attract Jewish kids and teenagers with varying degrees of religious observance and instill in us a love of Israel, a pride in Jewish identity, and a curiosity about Jewish texts, rituals, and practices. That’s a lot to accomplish during a short summer and I’m concerned that efforts to inject the politicization of Israeli current events may weaken and undermine one of the few youth experiences that sustains Judaism.

Leaders of the National Ramah Commission recently met with a group of Ramah alumni affiliated with IfNotNow about adjusting the curricula on modern Israel. IfNotNow is a political advocacy organization that opposes Israel’s presence in the West Bank and insists that Israel’s treatment of Palestinians is described using the charged, imperialist term: “occupation.” Per the Jewish Week, one attendee of that meeting asserted that Ramah had “omitted” the Palestinian narrative, an omission which she felt runs counter to Ramah’s progressive values and ideals.

Rabbi Mitch Cohen, executive director of Ramah, appropriately refused to commit Ramah’s support of the term “occupation.” Instead, he noted that Ramah would attempt to broaden the scope of its Israel curriculum through revamped staff training procedures, including fuller inclusion of the Palestinian narrative. That is completely fair and just. Not that Ramah or its staff in my experience ever harbored a “pro-Israel or nothing” stance, but the change in curriculum is an additional measure to prevent any such bias.

But I can’t credit IfNotNow with the same neutrality or efforts to root out prejudice. IfNotNow appears to favor the Palestinian narrative over other accounts, including Israeli, Zionist, and Jewish perspectives. Their website and efforts portray Israel as a powerful and unjust aggressor with no reference or acknowledgment of years of consistent Palestinian terrorism and violence and refusal to accept peace plans. The stated desire of the group is to build “a vibrant and inclusive movement within the American Jewish community,” but its actions may intentionally or unintentionally do just the opposite. For kids to enter into Ramah summer camps and confront the word “occupation” when referring to land captured during the 1967 Six Day War will unnecessarily weaken their affinity and connection with the Jewish state.

So Ramah, I urge you, keep your resolve and focus. Continue to promote the Jewish faith and love of Israel through summer camp programming and spirit (“ruach”), and please do broaden your Israel curriculum thoughtfully, but do not bend to IfNotNow, whose political motives do not align with the goals and purpose of Ramah camps.

About the Author
Noah Phillips is a young journalist with a passion for world Jewry and Israeli affairs. He is editor-in-chief of the Jewish Post, an online news source. Noah has written for Harry's Place, Foreign Policy News, and other sites. Follow him on Twitter @noahaphilli
Related Topics
Related Posts
Noah Phillips
Comments