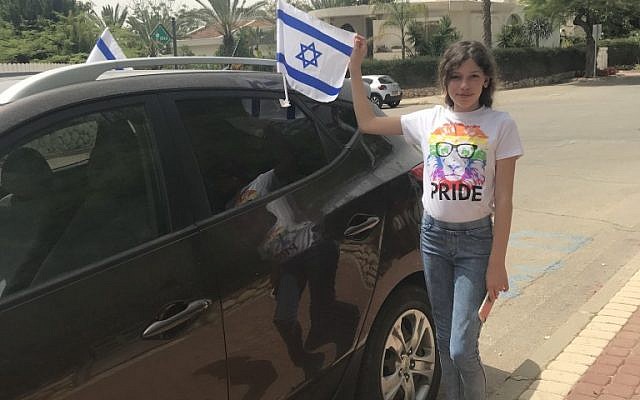 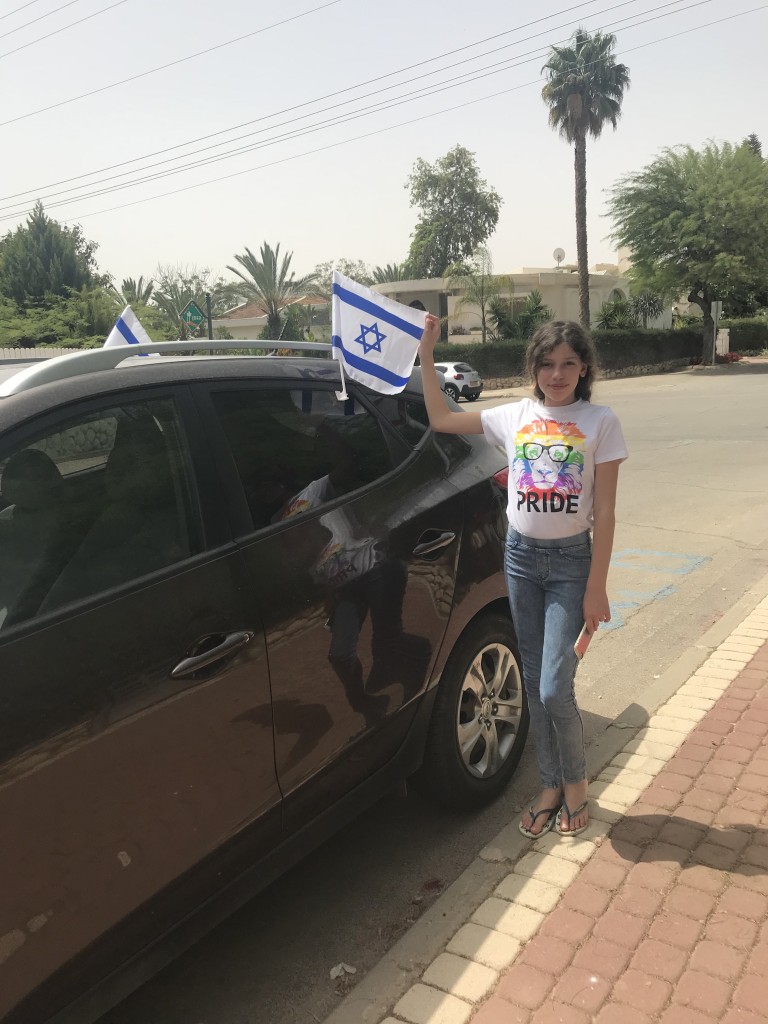 “How much you selling ‘em for?” I asked.

“Nu, lady, please decide quickly, the light is about to change,” he anxiously continued.

He handed me two flags, blue and white with the Star of David smacked in the middle.

Chucking them into the back seat, these small flags suddenly seemed very heavy and awkward.

“Mommy, are we really going to put the flags on the car?” my daughter asked.

“Of course,” I responded.

“But mommy, last year we didn’t put them on the car.”

“Right, we didn’t. This year, I changed my mind. We are reclaiming our flag.”

Twenty-five years ago, I made Aliyah to a very different Israel. In 1994, peace seemed imminent and I proudly waved my Israeli flag – then a symbol of hope for a better future.

In recent years, as I felt democratic values and ethics slipping away, leaving an empty shell of procedural democracy – the “tyranny of the majority” — I stopped displaying the flag. In an Israel where the terms “leftist or liberal” are popular synonyms for “traitor”, I had a hard time finding my “place”.

My precious flag had been hijacked!

I saw an advertisement that Women Wage Peace was offering their own flags, a sort of “alternative flag”. About to purchase one, I had an epiphany.

The Israeli flag belongs to ME and needs to represent MY liberal Zionist values.

I have great respect for Women Wage Peace and their unceasing efforts to demand an agreement.

I would like to see an end to the Occupation.

I am a staunch advocate of building a shared Jewish Arab society in Israel with joint learning initiatives from preschool onwards.

I support the New Israel Fund.

I believe in the Jewish State’s responsibility to assist refugees and migrants.

I oppose the Orthodox monopoly on Jewish religious concerns and support the efforts of the Reform, Conservative and Reconstructionist movements to gain rights.

…. JUST LIKE all those people who consider my tribe and me to be “traitors”,

I pay taxes (lots) to this country,

I educate my kids in the state-run public schools.

And when they graduate high school, I send them to fulfill their civic duties and complete their compulsory military service.

I don’t want an “alternative” flag (although I may get one to complement the traditional flag).

I am reclaiming the Israeli flag.

Flying proudly as my car navigates the Negev highways, my flag represents a beautiful Israel where tolerance, diversity, and the Golden Rule are paramount – just as our founding fathers intended when they wrote the Proclamation of Independence.

Happy 70th Birthday to the State of Israel!

About the Author
Zimra was born in Budapest and grew up in New York City. She immigrated to Israel in 1994 and for the past two decades has worked with diverse for-profit and nonprofit organizations. Currently, she serves as a resource development expert on the Civics and Shared Education team at the Center for Educational Technology (CET) in Tel Aviv. Zimra is mother to 4 children, ages 12 to 21. Inspired by her 16-year old son Amit, a lower limb amputee, she is passionate about competitive wheelchair basketball and spends much of her free time rooting for her favorite teams. Today, she and her family are living in the Negev.
Related Topics
Related Posts
Zimra Vigoda
Comments