As a child growing up I had no real friends. Only a boy of my age who lived across the street. We walked to and from school together. I never played sports. And while the other children played stick-ball or other street games, I sat and watched but never played.

I never played chess or backgammon. Only checkers. I never ice-skated or slid in a toboggan when the ground was covered with powdered white snow. In summer I would walk into water at a beach, splash around but never go over my head.

In short, I was a loner. I was a faithful taker-out-of-books from the local library and was an avid reader, especially biographies of famous men and women and discoverers and explorers. The life of the sixteenth American president Abraham Lincoln was among my favorites.

I took immense pleasure in my Hebrew education, 18 hours a week, and loved walking with my father to our Orthodox synagogue whose cantor’s tenor voice was compared to Enrico Caruso. I studied hard but was only an average pupil. My one accomplishment in high school was to win first prize in a public speaking competition.There were eleven finalists and I was chosen as the winner. My family was extremely proud of me.

When I was eighteen I arrived in Israel. In classes, on the kibbutz, in touring the land I met and made my first real friends… a friendship which lasted more than sixty years. In Israel, like in Europe, the custom when meeting with friends, unlike the cold American custom of shaking hands, was to hug one another and plant a kiss on both cheeks. That symbolized the bond of a true and meaningful friendship.

I dated several girls of my age but never seriously…only for the companionship of going to a movie together or sitting on a park bench sharing ice cream and conversations.

Travel around the world was an educational experience. I became familiar with foreign languages and besides Hebrew, Yiddish and English I could converse freely in French, Spanish, German, Polish and Dutch.

I had an audience with Queen Juliana of the Netherlands. I was an invited guest of Israeli President Zalman Shazar and Prime Minister Menachem Begin. I had a personal meeting with Shimon Peres and on August 5, 1982 I stood in the place reserved for the American President and delivered remarks to the House of Representatives of the American Congress. Very meaningful memories.

At the age of 25 I was appointed to the faculty of a major university as Lecturer on Hebrew language and Old Testament biblical studies. After some years I was promoted to the rank of Assistant Professor.

I met the girl who was to become my wife on an Israeli ship which sailed from Haifa to Naples, Italy and on to Marseilles, France. It was for both of us love at first sight. We knew one another only six days and then I proposed marriage. It lasted for fifty-six beautiful years. It ended on September 23, 2016 when she breathed her last breath. I then became a widower with little meaning left in my life. Her light had been extinguished and I was left to wander in darkness.

When we went to bed at night we held each other’s hand. We always said “I love you” before falling into slumber.

Now I sleep alone. No one hugs me. No one kisses me. No one tells me “I love you”. I long for the romance of past times. I need the hugs, kisses and affection, physical and cerebral, in order to find some meaning in my life. My mind and my body both need to be massaged. Relaxation has escaped me. True and lasting friends are difficult to find …. except in Israel, my home.

I turn to recollections of the past for comfort. I look at the present, rejoicing in two of my three grandchildren who are in universities en route to professional careers. I take great pride in the achievements of my three children: a Doctor of Medicine, a Physical Therapist with a Doctorate in Metaphysics, and a Juris Doctor government lawyer highly respected in the courts. All more successful than their father had been.

These sustain me but they cannot heal the aching wound in my heart. The memories of my sainted and blessed Rahel form the basis of my present sad existence. But it is in faith and in prayer that I find consolation.

Reflections from a broken heart and damaged soul. But wonderful recollections none the less. 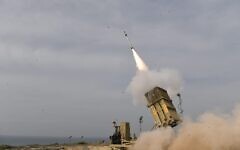