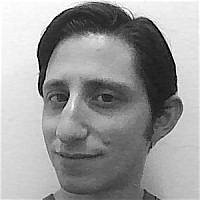 The Blogs
Ronn Blitzer
Apply for a Blog
Advertisement
Please note that the posts on The Blogs are contributed by third parties. The opinions, facts and any media content in them are presented solely by the authors, and neither The Times of Israel nor its partners assume any responsibility for them. Please contact us in case of abuse. In case of abuse,
Report this post.

When horrific acts of violence occur in the United States, when Americans attack innocent people, political leaders have extremely varied responses.  Some call for stricter gun control, others cry out for greater awareness and treatment of mental illness, and there are those who would seek to enable people to better protect themselves.  What these approaches have in common is that in their own ways, they aim to prevent future tragedies.  No one in Washington hears about a mass shooting or bombing and says, “Yeah, that sounds right.”  That would be crazy, no?  Apparently not to everyone.

Just last week, Palestinian President Mahmoud Abbas referred to the latest wave of violence against Israeli civilians as a “justified popular uprising.”  He claimed that his people are “despaired of the two-state solution.”  But wait, wasn’t this violence the result of Palestinian fear of Israel changing the status quo of the Temple Mount?  This new Stabbing Intifada (now with car rammings!) started after Abbas made claims that Israel was aiming to take control of the mount and said that Jews “have no right to desecrate [the Mount] with their filthy feet.”  Of course, that narrative has been so easily refuted time and time again, since it was based on nothing at all, and Prime Minister Netanyahu has gone out of his way to assure people that he will maintain the status quo that gives the Jordanian Waqf control of the Mount.  So back to the old reliable despair and frustration excuse.

But say, for the sake of argument, that Palestinians were truly engaged in an uprising due to despair, that would assume that they are acting towards a goal.  Uprisings are supposed to have an endgame in mind, so what exactly do the Palestinian people want, and are their current actions meant to serve these interests?

Now, the obvious claim is that the Palestinian people want their own independent state.  This is a fair assessment of a population’s reasonable desire for autonomy.  In the early 1990s, it looked like progress was being made for this to become a reality.  No need to go into a history lesson for why not much has changed since then, but the reality is that they still don’t have a state, and Israel still controls much of Judea and Samaria, although they have disengaged from the Gaza Strip.  So more than twenty years after the Oslo accords, there is still no Palestinian state, and the Palestinian people are frustrated.  Totally understandable.

When a people is seeking independence and they place their hopes in the hands of a political process that is failing them, it makes sense for them to seek a means to take matters into their own hands.  When Yasser Arafat died and Mahmoud Abbas took over as leader of the Palestinian Authority, many hoped that the new President would be able to accomplish what his predecessor could not.

Cut to today, when Abbas is in his eleventh year in power, when he had been elected to a four-year term, when no elections have taken place since he claimed the presidency.  A recent poll showed that 65 percent of Palestinians want Abbas to resign.  So they recognize that he is not serving them well, and he refuses to relinquish his power.  Not only have they not achieved a state under his leadership, Abbas finally admitted that he rejected an Israeli offer of a Palestinian state in Judea, Samaria, and Gaza, with a capital in East Jerusalem.  This would have been an end to the conflict.  And Abbas said no.  The Palestinian people would have had their own state for the first time in history.  And Abbas said no.  I would give his reason for refusing the deal, but he did not actually give a coherent rationale for continuing the conflict and maintaining his people’s poor living conditions.  So if the Palestinians truly want a state, an uprising would indeed be justifiable.

But against Abbas, not Israel.

Instead, you see Palestinians stabbing children and the elderly on the streets, driving cars into crowds of civilians and soldiers, and then complaining when they are shot in self-defense by police or bystanders.  How does this possibly serve the goals of achieving statehood?  The victims of these terror attacks have nothing to do with the peace process.  Every inconvenience and hardship that Palestinians face or have faced in Judea, Samaria, and Gaza are put in place solely to protect the population of Israel, so increased terror only justifies that which they are supposedly trying to escape.  And that poll showing a lack of support for Abbas?  It also says that two thirds of the Palestinian people support this wave of stabbings.

So what do they really want?

Surely they want a Palestinian state.  But when their leaders reject this and they respond by attacking innocent Israelis, it is yet more evidence that as much as they want to have their own state, their greater desire is for Jews not to have theirs.  A survey in June of this year conducted by the Palestinian Center for Public Opinion showed that nearly half of Palestinians in the West Bank and Gaza have the ultimate goal of a single Palestinian state that includes present-day Israel.  Over 80 percent of those polled said that Israel has no claim to the land.  An Israel Project poll from four years ago showed that two thirds of Palestinians viewed a two-state solution as a mere stepping stone for an eventual Palestinian takeover of Israel.  Therefore, it is not enough to just have their own state.  They want Israel too, and view its existence as merely temporary.

The world needs a Palestinian leader who will get the people to understand that their dream of taking over Israel will never come true, and that they will never prosper until they accept reality, and work towards building themselves up instead of spreading outward.  If they take steps in this direction, and Israel sees this sort of change in attitude, it is likely that Palestinian life will improve dramatically and quickly.

We are a long way from a peaceful, happy, two-state coexistence.  But if Palestinians can at the very least start hating Jews less than they love themselves, maybe we can get the peaceful part.  And who knows, maybe then they will learn to be happy.

About the Author
Ronn Blitzer is an attorney, writer, and stand-up comedian based in New York City.
Related Topics
Related Posts
Comments