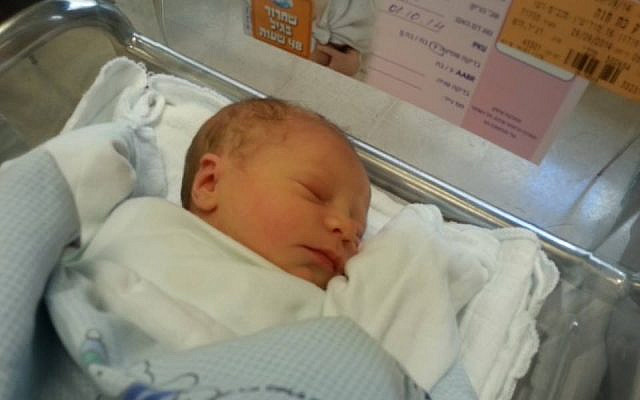 It was on the Shabbat following the death of my mother-in-law, Fraida Malcha bat Baruch, that I first became aware of of Aliza’s presence.  An otherworldly shiver pulsated through my body shortly before (I would only later learn) doctors detected another heavenly pulse: the miraculous beating of her tiny little heart.

We heard what sounded like thunder (or maybe the roar of an approaching plane), but which turned out to be two defensive missiles, which, as we saw them directly above our home amidst the darkness, appeared as two shooting stars before gently disappearing into that good night, and onto their successful interception of a rocket fired towards our city. The Red Alert sirens only then began to wail, sending me, my wife and the baby in her womb into our bomb shelter – well within the 90 seconds required.

Huddled with my family, as the sirens continued to wail, we heard a few quick loud booms in rapid succession – Hamas rockets shot down in mid-air.

At four in the afternoon, two days after Rosh Hashanah, little Aliza (“joy” in Hebrew) was born: the first native born Israeli Levick.

Due to the immense skills of the prenatal staff, she survived the harrowing last few minutes of labour when her heart rate began to drop.

Due to the competence of our citizens’ army, Aliza Ma’ayan survived Hamas.

After centuries of being forced to rely on the benevolence of others, we can now protect ourselves by ourselves. Israel protects the Jews – including our precious sabra.