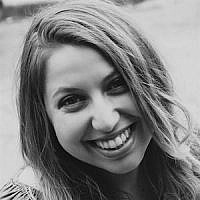 The Blogs
Gabi Parry
Apply for a Blog
Please note that the posts on The Blogs are contributed by third parties. The opinions, facts and any media content in them are presented solely by the authors, and neither The Times of Israel nor its partners assume any responsibility for them. Please contact us in case of abuse. In case of abuse,
Report this post.

Let me set the scene for you.

At the end of a long, hot week, at around 5pm on a Thursday afternoon, I along with the rest of the citizens of Jerusalem begin our journey home to begin the long-awaited weekend. But for some reason, a car accident on the highway leading out of the city had caused traffic jams like I had never seen before. Cars were lined bumper to bumper, trucks blared their horns-as if the sound would somehow clear the wreckage faster- and busses gradually rumbled down the seemingly never ending roads.

Now don’t get me wrong, I understand that-to quote an ancient Australian proverb- ‘shit happens’, and as such traffic is an expected, albeit unwanted occurrence that we encounter fairly regularly. And I really do try to the best of my abilities to always look on the bright side of life, but today was just not one of those days. It was as if the entire city, every single irritating occupant, including those who usually don’t leave their homes on a regular basis, were either waiting for the bus, or complaining that the bus hadn’t come yet, or calling Egged to ask when the next bus was coming, or if you were one of the lucky ones, crammed in like a can of sardines on an actual bus- squishy, but hey- progress is progress.  Now, I’m not going to lie to you; although I was indeed one of the lucky few who did in fact squeeze their way onto the ever so packed number 74 bus to Talpiyot, after two and a half hours on what would normally be a 25-minute bus ride home, I was on the edge of the brink. It was hot. It was noisy. It was crammed and yes, it was smelly. Really, really smelly.

As we slowly edged our way down King George street, I noticed that for some reason the group of soldiers who were standing on top of me (in their defence, they really did try their best to keep the unnecessary physical contact with strangers to a minimum), had a surprisingly pleasant disposition. Ugh, I thought to myself, why aren’t you all resigning yourselves to misery like the rest of us on the bus? Chirpiness is not acceptable at a time like this.

In the midst of my silently judging anyone who could possibly have the audacity to laugh at this point in time, the driver of the bus screeched to a halt, causing all us standing sardines to topple on top of one another, a jumble of bodies and bags and groceries and general havoc.

Just before an exasperated sigh escaped my mouth, one of these jubilant soldiers- who happened to be right at the bottom of this unintentional human pyramid- shouted out “Am Yisrael Chai, Chaverim!”, and in place of the expected groan a wide grin broke across my face.

Because how can you not smile when an entire people is summed up in four simple words? Am Yisrael Chai, Chaverim. We are a living, breathing, organic people. We are going to push and we are going to shout and yes, we are even going to smell on a crowded bus filled with people just trying to get home.

We are the same people who this week stood staring up at ancient walls, who, if they could talk, would tell the stories of daring warriors, of brave children, of grieving mothers and of heartbroken lovers. Of triumphant songs soaring to the heavens from the overcrowded streets and of the tears that soaked its walls as we at long last touched with trembling fingers the place of our heritage, our hope, our future.

This people- our people, alive with song and dance, with passion and love and devotion and courage, is the same people that even after all the celebration and joy, will get up the next morning, head to work and end up on the same, jam-packed number 74 bus after a long week, because they know that living in this city, in this country, is a privilege, not a right, that we must and will work for every single day.

So, as I grin at the beautiful soldier who without knowing it, gave me more perspective in those four words than any speech or book ever could, I take a deep breath, look out the window, and let my mind wander, dreaming of what more I would experience in this bustling city with my people surrounding me.

I may have also been dreaming of a shower.

About the Author
An Olah Chadasha from Perth Australia who is currently living in Katamon, Jerusalem. Studying Jewish History and International Relations at Hebrew University.
Related Topics
Related Posts
Comments