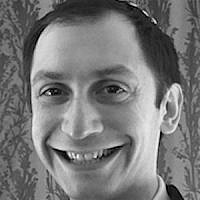 The Blogs
Shalom Schlagman
Apply for a Blog
Please note that the posts on The Blogs are contributed by third parties. The opinions, facts and any media content in them are presented solely by the authors, and neither The Times of Israel nor its partners assume any responsibility for them. Please contact us in case of abuse. In case of abuse,
Report this post.

In 1939 Billie Holiday first warbled the words “Southern trees bear a strange fruit/Blood on the leaves and blood at the root/Black bodies swinging in the southern breeze/Strange fruit hanging from the poplar trees.”  The now famous words of “Strange Fruit” convey the horror and sadness evoked in those who bear witness to the lynching of black and brown Americans with near impunity.  How far have we come in the last 80 years?  We stand together today with raw voices and tear stained cheeks in the wake of yet another lynching. Certainly, laws have changed with the passing of civil rights and anti-discrimination measures.  Yet these policies have not brought the promised blessings of American mobility or security to the millions of oppressed black and brown citizens.  Why should they have?  Stopping a flogging cannot heal gapping wounds!  The violence intended and promoted by Jim Crow cannot be addressed with the commandment, “Though shalt not murder,” but must be radically confronted with shoring up of the needs of the Black community.  Yet, rather than aiming toward restitution, we have instead endured decades of backsliding with the militarization of our police under the guise of a “War on Drugs.”  In 1921 German Jewish philosopher Walter Benjamin wrote,

The ‘law’ of the police really marks the point at which the state, whether from impotence or because of the immanent connection within any legal system, can no longer guarantee through the legal system the empirical ends that it desires at any price to obtain.  Therefore the police intervene ‘for security reasons’ in countless cases where no clear legal situation exists, when they are not merely, without the slightest relation to legal ends, accompanying the citizen as a brutal encumbrance through a life regulated by ordinances, or simply supervising him.  Unlike law, which acknowledges in the ‘decision’ determined by place and time a metaphysical category that give it a claim to critical evaluation, a consideration of the police institution encounters nothing essential at all.  Its power is formless, like its nowhere tangible, all-pervasive, ghostly presence in the lives of civilized states.

Benjamin presaged the function of the police outside the discourse of justice and law to act unilaterally in the social and physical control of the citizenry.  As Billie Holiday sang her haunting song, acrid conflagration stormed Europe as six million Jewish bodies were “gassed, burned and tossed in the holocaust” (Wu Tang Clan – “Never Again”).  Benjamin too was lost in the Nazi flames, but his words echo in our hearts today as we stand with of the minority groups in our own cities and neighborhoods for whom the constant presence of militarized and unbounded police are a pure threatening presence.

It is not simply the fear of or actualization of police violence and executions that torture our moral conscience today. Communities of color have suffered both de facto and de jur systemic racism that has confined social mobility and emaciated political voice.  Through federal, state, local, educational and corporate policies people of color were segregated into specific neighborhoods and barred from trainings and professions that may have lent them clout.

Rabbi Dr. Norman Lamm, who passed away just days ago, preached in 1963,

It was bad enough when hate frenzied mobs lynched individual Negroes, But this crime of shefikhat damim (homicide) is exceeded by the greater blot on our record: the methodical economic exploitation of one segment of our population, the systematic oppression of one race as the source of cheap labor and its designation as the first to suffer in any economic recession. When the economy of a great nation is built upon such patent injustice, it is a crime of avodah zarah, it is a breach of faith. It bespeaks lack of faith in G-d Who is av echad le-kulanu, One Father for all humans, making us all brothers.  It is a lack of faith that democracy really can function as its advocates claim for it, and is not merely a propaganda term in power politics.

Today we say the names of the many fallen, for they shall rest in power and not silence, and we consider the myriad of oppressions they faced in their shortened lifetimes:

We remember Trayvon Martin – and in his memory we hope to close the gap on not just on the deaths of black teens, but of black babies whose perinatal mortality remains more than twice as high  as their white brothers’ and sisters’.  How will URMC work on behalf of these victims of racism?

We remember Breonna Taylor – and in her memory we hope to close the gap not only on black women killed by the police, but black mothers whose peripartum mortality is 2 to 3 times higher than their white sisters.’ How will URMC work on behalf of these victims of racism?

We remember Tamir Rice – and in his memory we demand that our universities and education systems consider how to support hopeful youth of color in their aspirations toward meaningful careers.

We remember Eric Garner – and in his memory we ask city and federal governments to invest in improved housing and meaningful change to the built environment in our city to improve the health of those with chronic disease, which is impacted more by social determinants than by the care we as physician’s provide.

We remember Michael Brown – and in his memory we demand the disarmament of the university security forces and demilitarization of police forces across the country, whose weapons disproportionately threaten the lives of the students, patients and citizens of color.

We remember Freddie Gray – and in his memory we demand commitment to expanding opportunity for people of color to take positions of power within our institutions and governments.

And today we stand together in memory of George Floyd, and in his memory we cry.

May all of their memories, and those of so many others, be for eternal blessing.

I speak first as a rabbi and second as a physician, and I shout with all my soul, “Hear this, those who devour the needy and oppress the poor of this land” (Amos 8:4) – we will not be silent nor rest while injustice pervades our learning halls and healing centers.  “Woe on those who have inscribed sinful laws and written oppressive documents” (Isaiah 10:1) – we will not submit nor give you rest while the law or de facto realia harm our fellows.  “You deprive the poor of justice and steal restitution from the destitute of my people; the widows become spoils and orphans like bounty.  What will you do about the day of retribution and catastrophe?” (Isaiah 10:2-3).   As a Rabbi I wonder, what are the special obligations of the Jewish community to our brothers and sisters of color?

My grandfather, Dr. Werner Israel Halpern, reflected poetically on the verses “Then came Amalek and fought with Israel in Rephidim” (Exod. 17:8), and “He happened upon you on the way, and struck your stragglers in back, and you were faint and weary; not fearing God” (Deut. 25: 18).  My grandfather wrote, “Against intruders / prepare armed response / each home a fortress / fortified with signs / of forbidden entry / while poor hovels / fall prey to hoodlums, / as feeble stragglers / fell to Amalek, / perpetual scoundrel. / Who guards the weary / from cruel assault / when strong and rich / barricade themselves / with mercenaries / rather than steadfast / conviction and faith / that one does battle / with evildoers / to the end of time?”  In the verse in Deuteronomy the final dangling modifier “not fearing God” was applied by the rabbis from time immemorial to Amalek and not the Israelites (see Sifrei and Rashi).  But the Netziv in his HaEmek Davar argues that all of the modifiers at the end of the verse, including the failure to fear God, apply to the Israelites.  In this vein and similar to Rabbi Lamm’s teaching, my grandfather argues that failure to protect the stragglers and the vulnerable amongst us is a failure of faith in God.  We the Jewish community who were once the stragglers, but are now the beneficiaries of social privilege, fail in our essential divine mission if we do not create legal and social structures that prevent predatory behaviors on the less fortunate and raise up those who would be oppressed.  We cannot shelter in our suburban or well off neighborhoods, blind to the plight of the poor and the oppressions of racism still propagated by individual acts of bias or hate and systemic structures of oppression.

Henceforth none of us can claim, “I did not know!”  But let those in power also not bleat for absolution in the tone of Adolf Eichmann, who claimed in his own defense when on trial for crimes against the Jewish People, that he lived in “a period of crimes legalized by the state” and that he hoped only to follow the Kantian “principle of my will must always be such that it can become the principle of general laws” (Hannah Arendt, Eichmann in Jerusalem).  Let us not fall prey to this criminal thinking.  Having a non-discrimination policy or even a diversity statement might cover you under the law, and you might say to yourself, “I am not a racist.” Yet without producing changes and steps toward justice for the black community within our walls and without, you have failed in the moral task.  This will be hard, it will take the will and the finances of the powerful.  Those with power, great or small, must stand for human dignity and civic equity.  We must create change within our scope to affect both reality and law.

In pain and hope,

About the Author
Rabbi Shalom Schlagman MD, a former Regional Director of NCSY in Upstate NY and Judaic Studies teacher in Riverdale, is currently completing residency training in Internal Medicine and Pediatrics the University of Rochester. He lives in Rochester, NY with his wife and children.
Related Topics
Related Posts
Comments