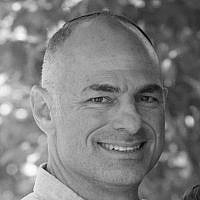 The Blogs
Adam Frank
Apply for a Blog
Advertisement
Please note that the posts on The Blogs are contributed by third parties. The opinions, facts and any media content in them are presented solely by the authors, and neither The Times of Israel nor its partners assume any responsibility for them. Please contact us in case of abuse. In case of abuse,
Report this post.

The last decades of the 20th century saw the Reform Movement move away from Classical Reform Judaism, which affirms ethical and spiritual pursuits absent traditional ritual practices, and the first two decades of this millennium show Reform’s greater emphasis on Jewish ritual.  Paradoxically, these last decades have seen the Conservative Movement taking stances that are more greatly influenced by modern and universalist attitudes than by halakhic principle or long-held ideologies (e.g., synagogue membership for non-Jews, greater use of musical instruments on Shabbat, rabbinic discourse over officiating at intermarriages, questionable/conditional support of rabbis and rabbinical students towards Israel).  Indeed, the Conservative Movement’s waxing closer to Reform positions has led to speculation of a merger of these movements — speculation exacerbated by the financial impairments on Jewish institutions caused by COVID19.  Ironically, in a May, 2020 Forward article entitled “It’s Not a Merger!” the heads of each movement co-authored a piece denying such a merger while giving over a dozen areas of collaboration between Reform and Conservative arms.  The only mention of differences is contained in the one line, “Conservative and Reform Judaism share many commonalities, yet we each retain our theological, liturgical, and ideological distinctiveness.”

Kashrut, Shabbat, tefillah, Torah study — Conservative ideology holds that these practices are not optional, they are obligatory.  Distinctively, Reform ideology holds that each Jew is obligated to be educated in traditional Jewish ritual practice, though each individual has the autonomy to incorporate whatever part of that tradition is meaningful to him/her.  To be clear, the most significant difference between Conservative and Reform ideologies is that Conservative Judaism holds that all are obligated to Jewish observance while Reform Jews have an empowered independence of choice of observance.  Accordingly, can non-observant Jews truly be called Conservative?

If the answer is no, then a merger of the Reform and Conservative movements is sensible on grounds including financial, social, political, educational, administrative and more.  The overwhelming and vast majority of Conservative congregants are not observant of halakha — why is there resistance on the part of Conservative leaders and congregants to merge with Reform?  Is it simply about the decorum and style of what occurs in the synagogue?  Reform has more English, Conservative more Hebrew.  Reform is most attended on Friday night, Conservative on Saturday morning.  Of course there are halakhic issues of difference, but is it just Conservative clergy and the small percentage of observant Conservative Jews that should prevent the nearly 18% of America’s Jewish population who identify as Conservative from joining with the 35% who are Reform and enjoying the myriad benefits?  More starkly, are the nearly one million American Jews who call themselves Conservative actually Reform Jews?   A Reform Jew selects elements of ritual practice to observe, and the same can be said for most Conservative Jews. What distinguishes the ritually non-observant Conservative Jew from the ritually non-observant Reform Jew?

Indeed, there is a clear distinction between non-observant Jews.  Whereas Reform Judaism encourages, embraces and emphasizes personal choice in deciding the individual’s ideal Jewish lifestyle, Conservative Judaism is strongly opposed to such ideology.  The Reform Jew decides his/her own ideal; however, though a Conservative Jew may not be living a fully observant lifestyle, s/he recognizes full observance of Jewish practice as the ideal.  This ideological difference is not about nuance, hair-splitting or semantics — it is a difference of such significant importance that it is the barrier between a merger of the Conservative and Reform movements.  As long as Conservative Judaism’s adherents (i.e., Conservative Jews) maintain an ideology of fidelity to the observance of Jewish practice it will continue to hold a distinct and relevant place on the spectrum of Jewish denominations.  The task of Conservative education is to be congruent with the Movement’s ideology;  all of its programs, schools, camps, classes and offerings must be to infuse its members with the messages of obligation, observance, and distinctiveness in order to remain a Movement that is relevant and necessary, and it will put to rest any speculations of denominational mergers.  Until then, such speculations will continue to grow stronger.

About the Author
Adam Frank lives in Israel with his wife and 3 children. He served 13 years as rabbi of the Conservative Movement's Congregation Moreshet Yisrael in downtown Jerusalem. Since stepping down from the pulpit in 2019, he is engaged in activism in the areas animal welfare and of religious pluralism in Israel.
Related Topics
Related Posts
Comments