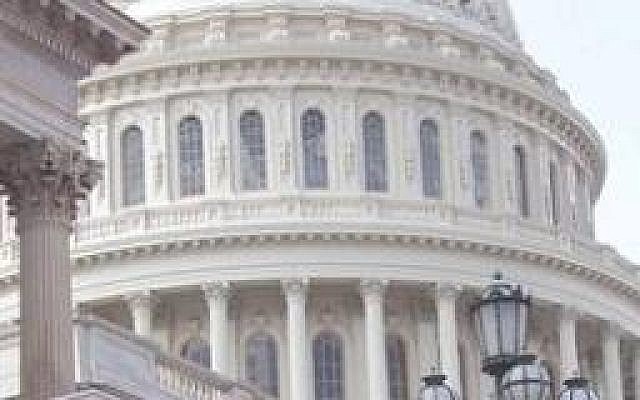 Is Reform Judaism a religion or a political movement?

In it, he writes, “we see election days as Jewish holidays, and I hope that you will add them to your already crowded calendar of Jewish holidays this fall. At my synagogue Shaaray Tefila, we are encouraging our entire congregation to commit to voting this year.”

Growing up, my family was proudly, secularly Jewish. We worshiped and revered our cultural achievements, if skimping a little bit on the religious ones – our heroes were Adam Sandler, not Aaron; Larry David, not Leah; Saul Bellow, not Saul. We were Seinfeld Jews, not Solomon Jews.

Sure, we got presents for Hanukkah, read the Haggadah at Passover, and broke the fast on Yom Kippur, but our Judaism was more grounded in a worldly set of values, a strong sense of our history, and a genuine pride in the artistic, literary, scientific, and political contributions of Jews all over the world.”

Schurz married a woman who was raised in an observant household; he came to realize:

Our current politics are so riven with division, and the highest offices of our government are occupied by people who make membership in ethnic or religious minority groups a cause for dehumanization, exclusion, and even expulsion – and I have never been more conscious of my membership in a group that has had to struggle and fight for its very right to exist.

The need for tikkun olam, repairing the world and leaving it better than we found it, has never been more urgent. I see it as my duty to instill these ideals in my daughter, and I find myself hungry for a Jewish community in which we can share our dedication to them.

Unlike Rabbi Mosbacher, a product of the slums of Highland Park, Illinois, much of my youth was spent in Jeffrey Manor on the South Side of Chicago. Once upon a time it could be found between the US Steel South works, and the Chicago City Incinerator. (The steel works are long gone.) When Richard Speck killed seven nurses a few steps from our grammar school, a national magazine termed us “middle, middle class.”

Everyone I knew was either Catholic or Jewish, and we Jewish kids all walked to grammar school, and afterwards to Hebrew School, Mondays through Thursdays, at Congregation Kehileth Israel, which was across the street. Rabbi Elliot Einhorn’s sermon was more or less the same, each and every week, each and every bar mitzvah: “You must remember to think Jewishly, act Jewishly and live Jewishly.” That was the message heard by every 13 year old Jewish boy in Jeffrey Manor.

Compare that with this quote, from Rabbi Eric Yoffie, linked to on Reform Judaism’s website (https://reformjudaism.org/why-advocacy-central-reform-judaism) “Reform Jews are committed to social justice. Even as Reform Jews embrace ritual, prayer, and ceremony more than ever, we continue to see social justice as the jewel in the Reform Jewish crown.”

I disagree with Rabbi Mosbacher’s insistence that election days are Jewish holidays. Our religion is anchored by two sets of observances: Passover, which tells the story of our deliverance from bondage in Egypt and the High Holidays which ask us to stand accountable for our failings in the past year, and seek forgiveness for entry into the New Year.

Does it not seem that Reform trivializes the story of our escape from Egypt by conflating it with the social justice cause de jour? Was it not insulting when President Barack Obama’ Passover message included, https://obamawhitehouse.archives.gov/the-press-office/2016/04/22/statement-president-passover

Where in all the Tikkun Olam is a sense that we are a people, with a history, and an obligation to our God and ourselves to perpetuate Judaism?

I read recently https://blogs.timesofisrael.com/the-conversation-about-the-birthrate-conversation/ of a rabbi’s grandfather, who had survived the Holocaust and chose after many years to describe the Polish city of his youth, and the story of his survival from Nazi concentration camps. The man had three children, and four grandchildren, one of whom is the rabbi. The four grandchildren, each now forty something, between them have had four children.

Hear this: if four Jewish adults, and their four spouses, have only four children in total, the next generation will have halved. Strictly followed, the 66,000 Jews in Metro Detroit become 33,000 a generation later, and 16,500 in the following generation. That is without taking any account of intermarriage, which is rampant outside the Orthodox.

Elliot Einhorn may have had a sonorous voice; he may not have been a great thinker. But he had a message meant to propel the Jewish people. His daughter, who sat ahead of me throughout high school, is happily married in Brooklyn, mother and grandmother to a large and expanding brood.

Election day was not one of his holidays. But, then again, Reform may not be a religion. It may be, as one of my friends maintains, a political movement hiding behind the religious tax deduction.