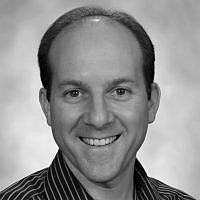 The Blogs
Aaron Starr
Apply for a Blog
Please note that the posts on The Blogs are contributed by third parties. The opinions, facts and any media content in them are presented solely by the authors, and neither The Times of Israel nor its partners assume any responsibility for them. Please contact us in case of abuse. In case of abuse,
Report this post. 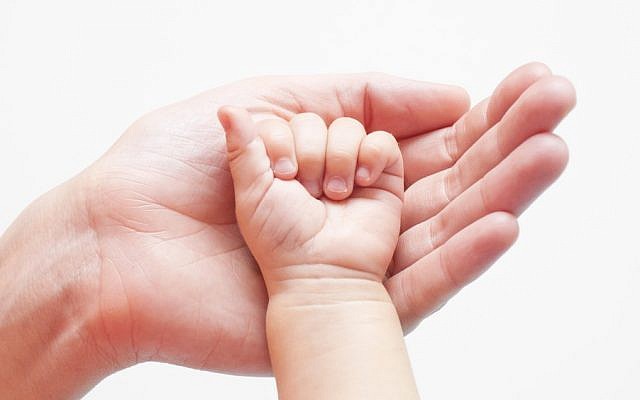 For the first time since he came to America nearly 70 years ago, my 98-year-old grandfather spoke to a group of adults about his life before, during, and after the Shoah of World War II:

“I was the youngest in the house,” Grandpa told them in his heavily-accented English. “I had three brothers and two sisters. My father had three brothers and one sister, all of whom were married and had families. My mother had four brothers and one sister; also, all were married and had families. When I could count all the relatives from both these families I would say there were between 60 and 70 members. Most of these relatives the Germans sent to the gas chambers.”

For my grandfather, and thus for me as well, the telling of the story was more personal. “I know I will not be here forever,” Grandpa explained. “I would like my children, grandchildren, and great-grandchildren to know a little about my life … I am writing because I would like my family to know who I was when I was young… until now.”

One member of the synagogue, however, heard a different message. In an email to me following the presentation, this person wrote,

It was a pleasure hearing your grandfather speak Thursday night. What a story! His talk provoked the following question: [Your grandfather], one of six siblings, had three children, the first of whom was born in a Displaced Persons camp. His three children produced four children, one of whom is you. That is a fertility rate of 1.3. Your generation – and I assume they are all 40-something like yourself — has produced four great-grandchildren. That is a fertility rate of 1.0. It takes a fertility rate of 2.1 to maintain a population. As you know, intermarriage rates among so-called Progressive Jews is running at 70 percent. At that rate, three of [your grandfather’s] four great-grandchildren will marry non Jewish spouses… As you have great admiration for your grandfather and the journey he has taken, I wonder whether you and the other three members of your generation have given thought to any obligation you may have for the preservation of his family and of the Jewish people.

Of course, the phrasing of this person’s question is insulting. Have I given any thought to the obligation I might have “for the preservation of [my grandfather’s] family and of the Jewish people”?! In choosing the rabbinate, I have dedicated my life to the strengthening of Judaism and the continuity of the Jewish people. As a grandson, I commit tremendous time — as a labor of love — to strengthening the intergenerational connections among my family, and, as a father, I speak regularly with my children about their obligation to marry someone Jewish and to raise Jewish children. To suggest that my generation’s birthrate demonstrates a lack of commitment to the obligation I have for the preservation of family and of the Jewish people is offensive.

Yet, while this person’s commentary was incendiary, there is statistical truth to part of his message.

If non-Orthodox Jewry in America seeks to perpetuate itself for generations to come — and I believe non-Orthodox Judaism is worthy of perpetuation — then non-Orthodox Jews must increase their birthrate (and certainly their practice and affiliation as well). The numbers speak for themselves. “If current trends continue,” write Ari Feldman and Laura E. Adkins in The Forward, “the Reform and Conservative movements will soon see a significant collapse in what the [Pew Study] researchers term the ‘leadership age-group,’ people aged 30-69 who are most likely to serve as vital community-sustaining lay leaders and donors. This group could lose more than two-thirds of its current size over the next 80 years.”[1]

The Conversation Is Difficult for Significant Reasons

After all, we in the non-Orthodox world support a woman’s right to work full-time outside of the home, and — if we are being frank — when both adults work in a household, it affects in a variety of ways a couple’s ability to conceive and to raise additional children. Also, people are waiting longer to marry and to have children, which in turn affects their window of reproduction.

Additionally, and I have no data to support this intuition, it seems to me that reproduction is a greater challenge today than it has been since the times of Abraham and Sarah, Isaac and Rebecca, and Jacob and Rachel: all of whom struggled to conceive. We see from the example of our ancestors, but also from the very real struggles of friends and family members, that infertility in a society that assumes married couples have children can affect an individual’s mental health; can affect the strength of a marriage; leaves many couples feeling left out of shared experiences with friends; renders one somewhat disconnected from the normal entry points of synagogue life and community; and can cause lasting strife with a married couple’s parents, aunt and uncles, grandparents, rabbis, and even the stranger passing on the street asking the terrible question, “Nu, when are you going to have a baby already?!” Non-Orthodox communities are blessedly working hard to welcome the intermarried, LGBTQ+, interracial and other historically excluded individuals from our congregations and communities, but we nevertheless still assume that all couples are going to raise children.

Delayed marriage and the challenge of infertility are just two reasons that non-Orthodox Jews have fewer children. Mix these perhaps with fears of rising anti-Semitism, anxiety over the future, and the tremendous cost of raising non-Orthodox Jewish children — day school, Jewish camp, synagogue membership, Israel trips, youth group, kosher food, and more. Then add the rising costs of health care, the economic realities of retirement, and non-Orthodox Jews’ desire to lead middle-class, upper-middle-class, and even upper-class lifestyles with luxury homes, country club memberships and vacations, and it becomes easy to deduce why non-Orthodox couples are having fewer and fewer children.

It is easy to write an email or an essay declaring that, if non-Orthodox Jews were truly committed to the preservation of their individual family legacies and of the Jewish people, they would choose to have more children. However, years of sitting across from loving couples struggling with fertility makes that easy argument a far more difficult one to engage in compassionately. Years of speaking to singles who want nothing more than to find a Jewish life partner with whom to build a family renders the conversation about fertility rates deeply challenging. And years of speaking to married young adults who are struggling to make ends meet financially, means pushing the question about more children off for several years. Needless to say, whether coming from grandparents, parents, friends, co-religionists, or one’s rabbi, the conversation about how many children one chooses to have is awkward at best and — more often than not — is insulting and offensive at worst.

There are certainly steps that non-Orthodox Jewish communities can take to encourage greater fertility rates among its ranks. Grandparents who have the means and wealthier members of the community can step forward to underwrite the costs of raising Jewish children by providing support and scholarships for Jewish day school and Jewish camp, synagogue memberships, Israel trips, kosher food and Jewish youth groups. Non-Orthodox synagogues can work harder to provide day care, after-school and babysitting opportunities, so that parents can receive the small breaks they need — whether to get a cup of coffee or to go grocery shopping (all activities which, by the way, require additional funding to support synagogues). If life were a little less expensive, then perhaps fertility rates could more easily rise and one parent (either the husband or the wife) could choose to remain at home part-time or full-time to help raise the children, to increase the amount of Judaism practiced in the home, and to bring children to the synagogue for Shabbat and holidays.

Within our communities, we also must work harder to play the role of shadchanim — matchmakers — to politely and respectfully help singles who are interested to find suitable Jewish life partners; similarly, we must take the stigma out of using online dating sites like JDate, so that the ones who so desire can more freely use them. We can and must work harder to try to make the conversation about infertility, about miscarriages and abortions, and about fertility struggles a more acceptable part of daily discourse — especially among older generations of parents, grandparents, and clergy talking with younger generations. Perhaps we ought to work harder to create support groups for those affected by infertility or to more freely share infertility struggles so that no one feels alone.

And finally, we must seek to proclaim without feeling guilty that producing more Jewish children is good for the Jewish people and good for the world, because of all of that which Judaism stands for and radiates outward. At the same time, we must better honor and respect those in our midst who, for whatever reasons, are unable to have children or to have more children. And perhaps therein is the greatest challenge of all: how do we speak openly and proudly about the mitzvah of being fruitful and multiplying and about the tremendous positive impact Jews and Judaism make on the world, while also respecting those for whom reproduction is a source of sadness and frustration in their lives? Given the demographics of non-Orthodox Jews, we are perhaps a generation late in having this conversation about fertility and birthrates with our young adults. But first, in order to have the conversation “Jewishly,” we must first have a conversation about the conversation.

Were the Holocaust not to have come to Poland, it is safe to assume that the descendants of my great-grandparents might number now in the hundreds. But they and their children were murdered by the Nazis, leaving only my now-98-year-old grandfather to survive. He and my grandmother, also a survivor, produced three non-Orthodox Jewish children. Those children raised four non-Orthodox children of their own, and those four grandchildren of my grandfather are raising four great-grandchildren. If my family is any sort of representation, the survival prospects based on birth-rate alone for non-Orthodox American Jewry raises the question of whether the “ever-dying” people[2] might become in fact the “never-will-be-born” people. If Jewish families die out or stop practicing Judaism, then we will have violated what Emil Fackenheim called the 614th mitzvah: not to let Hitler earn a posthumous victory. More importantly, Jews and Judaism make this world a better place. Fewer Jews means lessening our ability to bring God’s messages and values to this world.

As we watch the decline of non-Orthodox Judaism — a form of Judaism that I believe is impactful upon our People, upon our country, and upon the world — the time is right to begin to have the conversation about the conversation of fertility. And I am looking for help in how to do so.