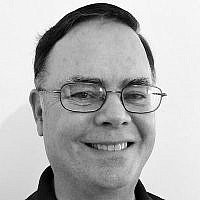 A few years ago, when I was driving in the slow lane on a freeway in Oregon (USA), a driver of a large SUV behind me was attempting to pass a car in the fast lane, but he misjudged how much space he had. I could see in my rearview mirror that he was going way too fast and that he was going to plow into the back of my small car before completing his ill-considered pass. Right before impact, I swerved onto the right-hand shoulder of the freeway. The SUV missed hitting me by just a few inches. After I brought my vehicle under control, I sat for a few minutes, letting my emotions settle and contemplating what almost happened. While I was driving the speed limit and was in my own lane, the SUV driver chose to ignore the traffic laws, potentially causing enormous damage to himself, to me, and to other drivers.

As I look back on this experience on the freeway and consider the pandemic we are facing today, I see a parallel issue concerning the topic of safety. Just as it is clear that following traffic laws decreases the possibility of an accident, it is equally clear that wearing a face mask decreases the spread of the coronavirus. Based on scientific evidence, researchers from the World Health Organization (WHO), the Centers for Disease Control and Prevention (CDC), and the National Institutes of Health (NIH) all recommend wearing a mask as an effective way to decrease the spread of the virus. Yet, while most of us are wearing masks and socially distancing, there are some who seem to believe their need for individuality outweighs the collective need for reduced infection in the population. What makes this particularly troubling is that wearing a mask is not a difficult or expensive task. Metaphorically, it is simply driving the speed limit and staying in your own lane, because that is what is best for everyone.

Just as one errant driver can cause damage to others, the refusal of even one person to wear a mask can have tragic consequences, and there are numerous stories of such tragedies in the daily news. For example, one news account describes how a man in California went to a party with his friends, and he decided not to wear a mask. Unfortunately, no one else did either, and one of the people at the party had the virus and infected the man. He died a short time later.[i] In another recent news report, a pastor in Maine conducted a wedding in which people were not required to socially distance or wear masks, because he did not believe in doing so. While there were only 65 people at the wedding, the event became a “super spreader” in which 175 people to date have been infected by those who attended the wedding, including 7 people who have died.[ii]

Currently, in the midst of a global pandemic in which over 900,000 people have died, there are those who seem to believe their unwillingness to wear a face mask makes them heroic. They emit a sense of privilege and power which emboldens others to join them. They go to parties without masks, crowding together, singing, yelling, and talking loudly as though the virus does not exist. In the USA, President Donald Trump leads the non-facemask group. He mostly refuses to wear a face mask and constantly down-plays the importance of doing so. Even though we know from Bob Woodward’s latest book Rage (and the accompanying audio tapes) that privately Trump acknowledged in early February that the coronavirus was deadly and that it is transmitted by breathing, publicly he proclaimed the virus was insignificant, it would go away by April, and wearing masks was not important. Whenever he is confronted by this obvious discrepancy between what he knew and what he is doing, he does not admit to his deception but doubles down, driving his political agenda forward recklessly, regardless of the thousands of Americans who are dying from the virus. Why is he accelerating instead of slowing down? Why is he disagreeing with the recommendations of the CDC? Why is he promoting unscientific ideas that are harming people?

When I think of the human capacity to normalize harmful ideas, it reminds me of a passage in the prophetic book of Isaiah which indicates that in the 8th century BCE, the nation of Judah had drifted away from obeying the laws of the Torah. The leadership had failed, and the people were doing acts of injustice, promoting wealth inequality, and drinking heavily.[iii]  When the leaders of Judah were confronted about their failure, they refused to repent, instead boasting that they were immune from negative consequences. According to Isaiah, the leaders said: “we cut (made) a covenant with death, and with Sheol (the place of the dead), we fashioned a vision. An overwhelming scourge, when it passes by, will not reach us. For we appointed a lie as our refuge, and in falsehood, we have hidden ourselves.”[iv] Self-delusion infected the minds of those in leadership at the time, causing their feeling of entitlement to override their common sense. Due to their wealth and privilege, they thought they could make a “covenant with death” and survive unscathed, that they could make a deal with darkness and not pay the price. But they were tragically, spectacularly, and irrevocably wrong. In response to their self-delusion, HaShem said these words in the book of Isaiah: “I will appoint judgment for the measuring line and righteousness for a level. Then hail will sweep away the refuge (of) a lie, and the waters will engulf the secret place. Your covenant with death will be cancelled, and your vision with Sheol will not stand.”[v] When HaShem eventually brought justice and judgment upon Judah, it was not just the deceptive leaders who were punished, but all of Judah suffered the consequences together.

When irresponsible leaders attempt to normalize ideas that violate what we know is true ethically, scientifically, environmentally, and historically, the result is always massive human suffering. It does not matter who promotes the dangerous ideas, accepts them, or canonizes them. Sooner or later, reality asserts itself, and then the magnitude of the human error becomes manifest. World history has a lengthy record of dreadful human suffering that occurred when harmful ideas were normalized by unwise leaders, and now with over 200,000 Americans dead from the virus, Trump is establishing his own place in that appalling history.

Given Trump’s proclivity for gas lighting and projecting false narratives, our leaders need to be cautious about implementing his ideas concerning Israeli policies and international alliances. Does he have good judgment? The available evidence indicates that he does not. Rather, Trump self-promotes, misleads, normalizes detrimental ideas, and refuses to change direction when confronted with the truth about something as fundamental and obvious as wearing face masks to reduce the spread of the virus. When he attempts to instruct Israel, we need to remember that right now he is leading his followers into a delusional covenant with death, a make-believe world in which he thinks pretending that a deadly virus does not exist will make it magically disappear. Trump is like the driver of an SUV who is weaving in and out of traffic at breakneck speed, leaving in his wake a series of collisions, which he refuses to accept responsibility for, while encouraging others to join him in his chaotic quest. Therefore, when he attempts to direct Israel’s policies on any matter, we need to refuse his offer and instead seek the counsel of the wisest amongst us, including our security experts, our scientists, our health professionals, and our economists, as we address the important issues of our day, including how to reduce the rate of coronavirus infection in Israel.

[i] Hannah Knowles. July 2, 2020. “Man who went to party warned people not to be an ‘idiot like me’ a day before dying of covid-19.” The Washington Post. https://www.washingtonpost.com/nation/2020/07/02/ man-who-went-party-warned-people-not-be-an-idiot-like-me-day-before-dying-covid-19/

About the Author
After he earned his Ph.D. in Scripture, Stephen S. Carver taught at a small college in the USA for over 20 years. The classes he taught included: Hebrew Scripture, Biblical Hebrew, Ancient Judaism, Koine Greek, Religious and Philosophical Foundations for Ethical Practice, and Introduction to Peace Studies. He has presented many papers at scholarly conferences and has had two books published. He and his wife made Aliyah in November 2019.
Related Topics
Related Posts
Comments