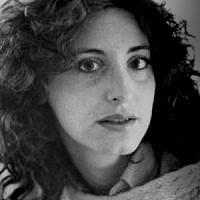 The Blogs
Mollie Fermaglich
Apply for a Blog
Please note that the posts on The Blogs are contributed by third parties. The opinions, facts and any media content in them are presented solely by the authors, and neither The Times of Israel nor its partners assume any responsibility for them. Please contact us in case of abuse. In case of abuse,
Report this post.

President Obama was so invested in the Israeli election this year and Israel, I’m guessing, might be interested in the U.S. Presidential election, 2016. First one out of the Democratic gate — Hillary “shoulda woulda coulda” Clinton.

Like most presidential wannabes, Hillary will need a campaign song. JFK had “High Hopes,” FDR, “Happy Days Are Here Again,” But, sadly, her handlers have their hands full deflecting, avoiding and denying, so they might not have time for composing. Following John Kennedy’s edict to “ask not what your country can do for you, but what you can do for your country,” I have stepped in.

Here’s the thing, Hillary. I’m kind of tone-deaf, so I borrowed the melody from Paul Anka’s iconic “My Way,” one of Frank Sinatra’s biggest hits. But the lyrics? I wrote these just for you, Hillary…

I’m back again, I want to serve you

But Bill said “run!” and I deserve to

To move back to DC

That’s all I want, to be your POTUS

I’ll tell it my way… What difference does it make?

Those dudes are dead, why do they blame me?

It was just a video

Yet they continue to defame me

I lost a few emails

Thirty-three thou, or was it fifty…

I like to email Bill, my handsome hub – he thinks it’s nifty Yes there were times that I was blamed

For scandals we know I was framed

From Whitewater to Travelgate

Deny them all in triplicate

I’ve bob and weave, and I deflect

There’s no one better to elect

And through the smears and all the lies

I spin it my way…

I didn’t know, she was in disguise

She wore a nice chador, I was confused,

Thought we were allies

I just want to step in, want to protect

And add a few more mil to the

And get rich my way…

The servers all have been wiped clean

Blame it on Huma Abedin

My senior aide betrayed me too

I’m quite surprised she’s not a Jew

But wait – I need the Jewish vote

I studied at the yeshivoth

Although some doubt it, how that could be?

He climbed Everest after I was born

I could have sworn!

But I was born five years before

I’ll tell it my way…

When Bill and I moved from DC

We took some flatware and TVs

Some plates and cups, a few armoires

We didn’t know they weren’t ours

Yes there were chairs we took as well

Could not remove that darned doorbell

We needed stuff for Chappaqua

I’ll pack up my way… And much to everyone’s chagrin

I won’t fight fair, that’s not my style

I’m quite the crafty white Gentile

Lewinsky who? We’ve got Carville

Stephanopolis– see? I can spell

I spell it my way

There’s nothing that I can’t achieve

And through it all, with nerve and gall

And do it my way.

About the Author
Mollie Fermaglich is a widely published NYC-based humor writer. She is the author of 3 books including MOLLIE'S RULES FOR THE SOCIALLY INEPT and the blog, Mollies Rules for You.
Comments