This time we’re going to get a little technical, because the issue that seems to be headlining around the world is… no, not Syrian casualties, not economic tremors but approximately 1000 Jewish homes and a new Israeli law.

Yesterday the Israeli Knesset passed the ‘Regulations Bill’ into law. To simplify, this law creates a legal framework for dealing with homes that were built over decades. It provides 125% compensation to absentee owners whose non-residential land was accidentally built on.

The thing about this law that makes it controversial is that is contested by those who would rather hand over these lands to some independent Arab rule — perhaps the Palestinian Authority but their sincerity has come into question — in a diplomatic solution. But that’s politics, and it has no place in a legal discussion.

What I can tell you is this: Israel’s Basic Law on Human Dignity protects individual rights, and includes a clause that laws can contradict this law for a good purpose and within reason. For example, a judge fines a person in court for a misdemeanor — thus taking away his property (money, in this case) for a specific societal, punitive reason.

Here’s a situation: A land-owner has never used his land, and then a home is built on it with or without permission, lived in for a number of years. The fact that the alleged land-owner delayed coming forth, would give ‘reasonable cause’ to allow them to stay, and to forego a claim of previous private property.

Therefore, according to legal experts, the newly-passed Regulations Bill does not contradict, and actually complements, existing Basic Laws (the closest we come to a constitution of sorts) of the State of Israel. 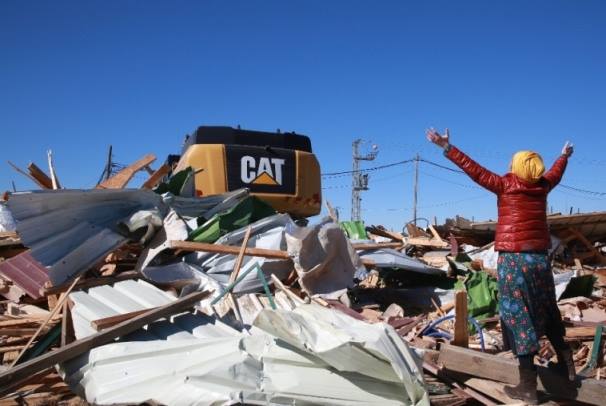 Think about it this way: ​In a just world, where the rule of law is respected rather than politicized, we wouldn’t have to make these claims. It would be clear that international law is on the side of Israel, that lands gained in 1948 when Israel was established, and again in 1967 when Israel was threatened and fought a war against four different countries (at least) – are in fact under Israel’s jurisdiction. What Israel decides to do with these lands is up to Israel, and is within its legal right – actually its legal duties.

Take the Temple Mount – it belongs to Israel, and it is the State of Israel that makes decisions as the sovereign on this piece of land. Others may want it, for over the years it has become a most desirous property, yet Jerusalem has reverted, thank God, back to the Jewish nation for whom this city has always been the holiest.

Now turn your attention to areas in Judea and in Samaria, sometimes called ‘the west bank’ – although Jordan has long forsaken and officially tossed away any claim or desire for these areas – rendering the term completely irrelevant. For us, it is part of our home, an integral part (just look at the map) of the land of Israel and the heart of the State of Israel.

There are those who want us gone, and even some Jewish so-called ‘liberals’ who search long and hard to pull a palestinian Arab out from under a rock, making land claims that are long-overdue (and often proven unbased) and destroying Jewish homes where before there was nothing. The Jordanian government rejected outright some of the claims being heard in Israeli court. And yet, Israel’s Supreme Court is fair and just, and allows any person to petition for a hearing.

This week’s “Regulations Bill”, now officially a part of Israel’s law books, has attracted criticism where it actually should be applauded. It seeks to solve a situation that has arisen over decades, as to property claims and the inability to resolve differences under uncertainty. It provides rule of law where the application of existing laws has been vague. Under Jordanian law, rules of prescription would turn the land over to the present inhabitants. That would mean the Jews of Amona, and Migron, and any other ‘contested’ areas could have remained. 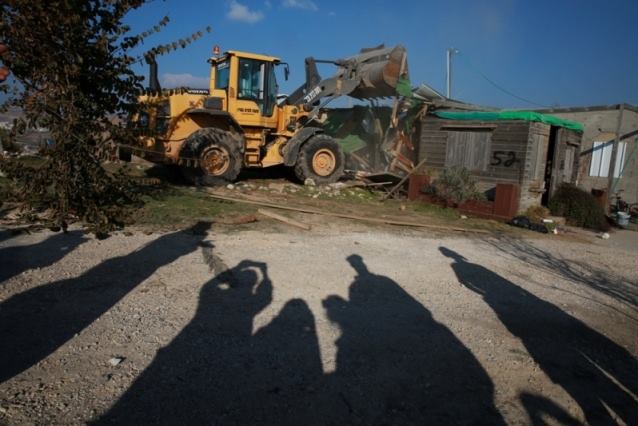 From now on: legality rather than destruction

The Regulations Bill, in addition, awards compensation to those with claims, to the tune of a generous 125% of the land value.
Defenders of Israel, are you being told that Israel is confiscating land that is not her own? ‘Confiscation’ in the Hague Regulations refers only to certain uncompensated taking – the real threat on an international playing field. The US Defense Department’s Law of War manual refers to compensated taking of private properties as ‘appropriation’, not confiscation.

Are you asked the politically biased question: Doesn’t this law preclude any possibility of a two-state solution? First, no – this is not a political issue but a legal one. Second, and therefore? Has not the so-called two-state solution been tried ad nauseam for decades? Do we not want real peace that is achievable in our lifetime?

Let’s call it a day and allow the sides to negotiate with no preconditions and no predetermined biases as to the outcome. They’re not called ‘peace talks’ for nothing.. 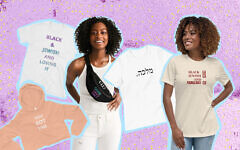