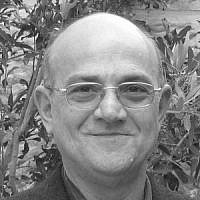 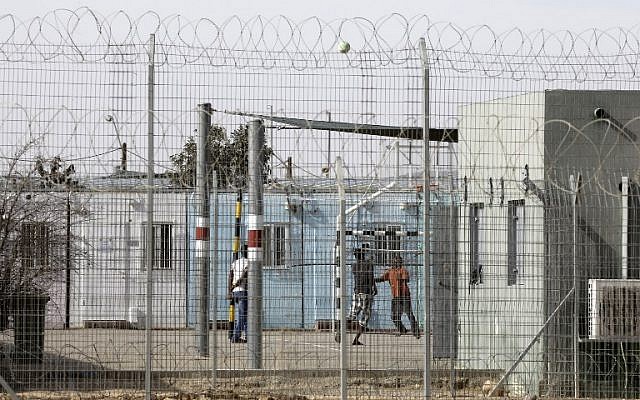 As ongoing protests have shown, the planned forced deportation the Sudanese and Eritrean migrants is anathema to significant numbers of Israelis. In the impassioned debate surrounding the fate of these refugees, the Holot Detention Facility, to which many of the migrants were sent, and which is soon to close, is perhaps the greatest symbol of despair. Built at a sum of NIS 320 million (some $93 million) and maintained at a cost of NIS 55,000 ($16,000) per detainee each year, one wonders if the facility could not be remade for a loftier purpose, one that would offer a more effective and humane solution to Israel’s African refugee problem, which is likely to remain persistent, as the result of poverty and social and political disorder in the neighboring continent.

The facility at Holot that I envision would be an internationally-supported center for rehabilitation and capacity-building, so that when the time comes that these migrants can return to their countries, they will do so bearing skills — in drylands farming and natural resource management, for instance — that can help them transform their fractious societies. Also, given that climate scientists expect that the number of refugees will continue to rise in light of global warming and competition over increasingly scarce resources such as water and arable land, Israel could play a pivotal role in an international mechanism for the managed and orderly resettlement of displaced African populations without absorbing great amounts of people.

Israel is uniquely qualified to host a training center in the far reaches of the Negev for a number of reasons. Firstly, it is an arid zone similar to that from which many of the migrants come and it borders the Egypt desert through which many of the displaced persons traveled to our borders. That part of the Negev where Holot is situated is sparsely populated and far from population centers, making it ideal for the establishment of demonstration farms and similar facilities that can be used as open-air classrooms for hands-on learning.

Further, Israel is a world leader in arid zones management, a field in which it has been sharing knowledge for decades as part of its International Cooperation Program (MASHAV) of the Foreign Ministry and CINADCO, a corresponding body in the Agriculture Ministry. The country is also highly accomplished in computer science and other technological systems that are sorely needed in the African states. Rural healthcare and infrastructure are highly developed here and can be used as instructional models for migrants interested in learning from them. We have established and respected experience in capacity-building of this kind. We have been imparting these skills for decades, in Israel and around the world.

Of course, not all the migrants are interested or capable or advanced study, but even if their time at the proposed training center provides them with basic studies they were deprived of or that were interrupted by life events, that too would be a major benefit. They could contribute to their upkeep by learning desert farming and other skills, thereby enhancing their sense of dignity. Further, the possibility of observing an orderly, heterogeneous society that offers a high standard of life and personal security for its citizens provides lessons that would prove valuable to those who have fled lands of strife.

Israel alone cannot support such a center. The safe conduct of fleeing refugees would have to be internationally arranged and enforced. Similarly, the stay of these migrants at Holot would be confined for most of the migrants to a set period of time and would necessitate an international framework for resettling graduates of a training center back to their home countries or in other states where their newly-acquired skills would be welcomed.

Why Should Israel Undertake this Enterprise?

The benefits accruing to Israel, were it to adopt this proposal, would be many. First of all, by undertaking this initiative, Israel could determine a borders and immigration policy that is not reactive and putative, but constructive, both from the standpoint of the migrants, as well as that of the communities in whose midst they have arrived for lack of alternatives.

Secondly, at a time when Israel is often maligned for its policies, by taking the lead in addressing a pressing problem of global dimensions Israel’s prestige would be enhanced and demonstrate our society’s ability for creative problem-solving where the migration policies of other, more resourceful countries have not succeeded.

Thirdly, by undertaking an initiative of this sort, Israel would be able to make use of resources already invested in the isolated Holot facility. It would also be able to contribute to this international challenge, not by permanently absorbing all the migrants arriving at its border, but by conferring its most abundant resource, knowledge, a resource direly needed elsewhere.

Finally, such an effort would address the migrant tragedy in a manner consistent with Jewish values and historical experience, enabling us to extend to others the benefits we have received at critical times during our own desperate wanderings.

About the Author
Dr. Yosef Gotlieb is a specialist in international development and climate change adaptation. His books include Self-Determination in the Middle East, Development, Environment and Global Dysfunction and, most recently, Rise, A Novel of Contemporary Israel. Dr. Gotlieb directs the Program in Editing and Editorial Analysis at David Yellin College of Education in Jerusalem.
Related Topics
Related Posts
Yosef Gotlieb
Comments