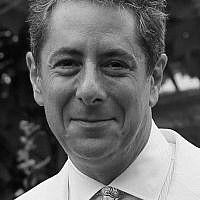 The Blogs
Gideon Aronoff
Apply for a Blog
Advertisement
Please note that the posts on The Blogs are contributed by third parties. The opinions, facts and any media content in them are presented solely by the authors, and neither The Times of Israel nor its partners assume any responsibility for them. Please contact us in case of abuse. In case of abuse,
Report this post.

As an advocate for the expansion of religious options in Israeli Jewish life, news of an aggressive effort by US Orthodox activists striving to block any change to Israel’s Orthodox monopoly must be viewed as a “call to action.” At the same time, it serves as a “call to celebration” of what the Masorti (Conservative) Movement of Israel is creating for the entire Israeli society.

As reported in the Forward, the Agudath Israel-associated Am Echad organization’s advocacy mission to Israel is a direct challenge to the essential work of Masorti-Conservative Jews — as well as to Reform and many others who are seeking diverse Jewish paths in the Jewish state.

These Orthodox activists are correct to note that they are an important constituency in the Diaspora and should not be disregarded. Masorti is dedicated to Jewish pluralism, and so welcomes all elements of the Diaspora Jewish community to raise concerns and use their voices with the Israeli government. I would note, however, that the Orthodox and ultra-Orthodox movements in the United States represent only 9% of the community (Pew Report, 2020) a fact that the Israeli government must take into account when devising responses to the religious concerns and needs of Diaspora Jewry.

Masorti Israel, and its Diaspora supporters, will continue to insist and advocate that our Judaism be fully recognized by the Israeli authorities, and that equal treatment and equal funding from government sources be provided. While the Agudath Israel-associated Am Echad seeks to limit Jewish life in Israel to their particularistic vision, Masorti will advocate tirelessly for freedom of choice, that government policies, and most importantly religious life on the ground in Israel, serve all Israeli Jews. Jewish practice can and should be a source of social and family cohesion, not anger and division. 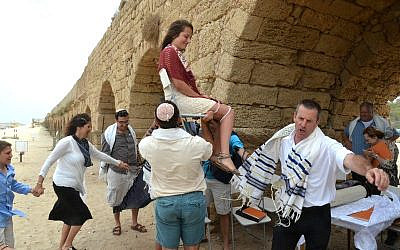 To illustrate what Masorti means to Israel, we need look only to a Bar Mitzvah that was recently celebrated at Masorti Congregation VeAhavta in Zichron Yaacov under the guidance of Rabbi Elisha Wolfin. Here, a classic Israeli mixed family had the opportunity to experience how Masorti Jewish life enriched their family in profound ways.

This family includes a father; an older Baal Teshuva son from a previous marriage; a mother who is a secular former Kibbutznik; her father – the Bar Mitzvah boy’s grandfather – who was raised very religious, but turned his back to religious life, became a Kibbutznik and a senior IDF officer, never ever wanting to have anything to do with religion ever again.

This sounds like the basis for deep religious and family conflict. And it most certainly would be in either a strictly Orthodox or a militantly secular Israeli content. But that is where Masorti comes in.

As Rabbi Elisha says, “We feel a real sense of mission, knowing that we bring a Judaism that heals.”

Masorti, in service to all Israel and all Jewish Israelis, created a powerful religious and community event for this entire family. At the close of the Bar Mitzvah, Rabbi Wolfin reports the joyous family surrounded him with a warm embrace.

The mother: “I could not have done my son’s Bar Mitzvah any other way. We just would not have an Aliyah LaTorah if you guys were not around.”
The father (whispering): “You won’t believe it, my frum son loved it. I was so nervous. And so did my wife… Wow, you allowed us to unite around our son’s Bar Mitzvah. That’s never happened before!”
The grandfather (booming voice): “You know?!? If this was the Jewish style when I was growing up, I would still be religious today, I wouldn’t have to run all the way to the Shomer Hatzair kibbutz and close the door on anything Jewish. You really made me miss all the sweetness that I left behind.”
The frum son: “Kol Hakavod. This is the only way to get my brother and his peers to cherish our tradition. I’ve tried and failed. Now I see why he loved coming to classes. Thank you!”

This family is a microcosm of the reality of Jewish life in Israel. They are not all Masorti-Conservative Jews, and likely returned to their personal Jewish identities after the final mazal tov was offered to the Bar Mitzvah boy. But for Masorti Israel, this is a true success. And it is not an isolated instance. Over 800,000 Israeli Jews identify as Masorti or other liberal streams. (Rising Streams, JPPI 2018) More and more Israelis are choosing Masorti for their Bar and Bat Mitzvahs, their marriages, and other key religious and life cycle celebrations.

Masorti advocacy, and the religious and educational institutions Masorti is seeking to build and strengthen, are there for this entire family, and for the entire people. The purpose of advocacy for space and recognition at the Kotel, and a pluralistic approach to life cycle and religious practices, is to create freedom of choice and greater opportunities – day in and day out – for Israeli Jewish families to find meaning and connection to the Jewish tradition, however they personally experience it.

Let Am Echad engage in the battle of ideas. This is their right in a democratic society. But we will not rest in this struggle for equal treatment until every Israeli Jew has the opportunity to fulfill the calling of their Jewish soul, and that Israeli Jewish families can be united, not fractured, by Israeli Jewish life. And, notwithstanding continued discrimination, Masorti will continue to build this unified Israel, one Bar Mitzvah – and one Bat Mitzvah – at a time.

About the Author
Gideon Aronoff serves as Executive Director of the Masorti Foundation for Conservative Judaism in Israel, and has over 35 years of Jewish communal service experience. He previously served in executive roles at Ameinu, HIAS and in the Soviet Jewry Movement. Aronoff is a graduate of Brandeis University and Cornell Law School, and lives in West Orange, NJ.
Related Topics
Related Posts
Comments