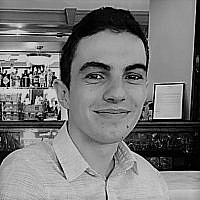 The Blogs
Mark Montegriffo
Apply for a Blog
Please note that the posts on The Blogs are contributed by third parties. The opinions, facts and any media content in them are presented solely by the authors, and neither The Times of Israel nor its partners assume any responsibility for them. Please contact us in case of abuse. In case of abuse,
Report this post.

Seven faith leaders in the small British territory of Gibraltar compared abortion to a modern-day Holocaust.

Political parties in the territory have roundly condemned the comparison, including the Government of Gibraltar. Their only Jewish Member of Parliament, Marlene Hassan Nahon, said “we consider this a total exploitation of such a black moment of history”.

Hassan Nahon, sister to Jerusalem Deputy Mayor Fleur Hassan Nahoum, recently gave a speech at a pro-choice rally and was the first political leader to offer a stance on the abortion debate in Gibraltar. She added in a video interview that “I think we should be leaving the Holocaust completely out of this campaign”.

Gibraltar has autonomy over its own laws and policy, with some exceptions including defence and foreign policy. A significant contributor to Gibraltar’s post-war gains in autonomy was the leadership of Sir Joshua Hassan (father to Fleur and Marlene), the first elected Chief Minister and only Jewish politician to serve in that position since.

Following a 2018 referendum in the Republic of Ireland on the same topic, Gibraltar will hold its plebiscite on March 19 on whether to change the law that currently provides a life imprisonment penalty for terminating a pregnancy. The only other jurisdictions in Europe to prohibit abortions are Malta and Vatican City.

The comparisons of abortion to the Holocaust is reminiscent of the discourse from Efrat – The Committee for the Rescue of Israel’s Babies, and also of the language used by a Trump officials and supporters in America who have claimed that abortions are worse than the Holocaust. 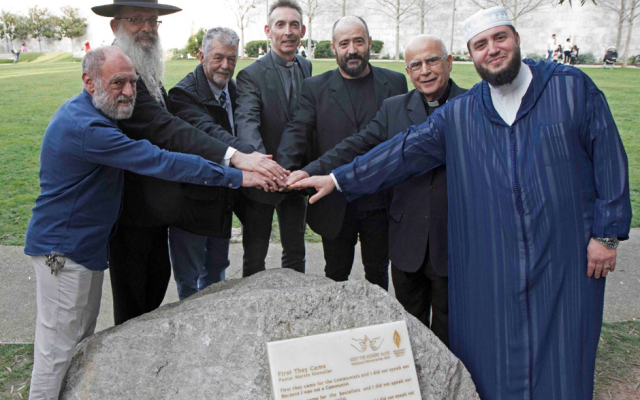 Seven religious leaders pose over a Holocaust memorial. Source: Gibraltar Broadcasting Corporation
About the Author
Mark Montegriffo graduated in politics and philosophy at the University of Manchester, and has been involved in the politics of Gibraltar since he was a young teenager. He has written for UK media outlets, including the New Statesman and Inews, and has appeared on BBC debate programs.
Related Topics
Related Posts
Comments