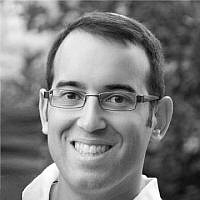 The Blogs
Ezra Gilbert
Apply for a Blog
Advertisement
Please note that the posts on The Blogs are contributed by third parties. The opinions, facts and any media content in them are presented solely by the authors, and neither The Times of Israel nor its partners assume any responsibility for them. Please contact us in case of abuse. In case of abuse,
Report this post. 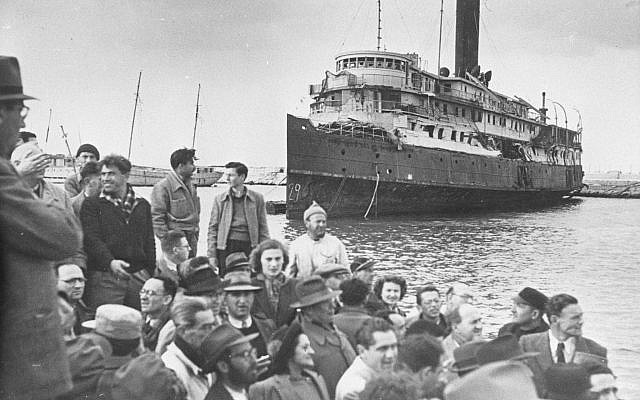 The Palmach, Immigration to Israel [Wikipedia]

As we commemorate Holocaust [and Heroism]* Remembrance Day, many students of HIS-story (history) leading up to and following the Holocaust see a connection between the horrors of Europe and the founding of the State of Israel. Not just in terms of adjacent and inter-related historical events but on the cosmic (or divine providence) level as having to do with one another or one leading into the other. While no human can conclusively explain why these two – almost polar opposite – events in Jewish history seemed to have occurred so closely together, for non-atheist students of history it is also nearly impossible to claim the historical proximity is mere coincidence and not part of some divine plan.

The theme of MeShoah LeTekuma – from Holocaust to Resurrection, connecting between the two historical events, is even a very common theme for Israeli Yom HaShoa commemoration ceremonies in both secular, religious, and mixed communities.

If we were to take the position that:

A) Zionist developments leading up to the Holocaust (including the 1920 San Remo conference – establishing the Balfour Declaration as International Law – which was exactly 100 years ago this week) and the Holocaust itself were part of a series of events or forces encouraging and indeed pushing Diaspora Jews to emigrate to British Mandate Palestine and establish the modern State of Israel. AND

B) These events were not just chance coincidences but related to a “Divine Will” that the time had come for the return of the Jewish people to their land and the founding of the modern Jewish State Israel.

Then given A and B, wouldn’t those propositions still bear weight and deserve consideration today? Couldn’t we interpret subsequent events such as the Six Day War, the return of Soviet and Ethiopian Jews, and other modern events in Jewish history as also being connected to the same “Divine Will”? G-d forbid we should be accused of trying to prophesize or understand things which cannot be understood, but we have already mentioned how many cannot shake the feeling that the historical proximity of the Holocaust and the founding of the State of Israel are two inter-related events that challenge rational and believing observers to try and understand on some level something which clearly no-one can ever understand fully.

But if we perceive a ‘Divine Will” for the return of Jews to their land when looking at events of the 1920s-1950s, and if we can sense a continuation of that pattern via the miraculous developments and events over the last 72 years of Israel’s history, then wouldn’t the same ‘Divine Will’ apply today and therefore shouldn’t all who sense the connection between the Holocaust and the Return of the Jews to Zion (Israel & Jerusalem) take heed?

Note: I am putting aside (1) the difficult and common question of where was G-d during the Holocaust and (2) assuming the world does generally proceed according to G-d’s plans (a common belief among the faithful). Those are two major topics with more volumes written about them than I can do justice to in a single blog post.

About the Author
Ezra hails from NJ and studied Computer Science, Electrical Engineering, and Philosophy at Rutgers University. He blogs from a small village (yishuv) in the Galilee.
Related Topics
Related Posts
Comments