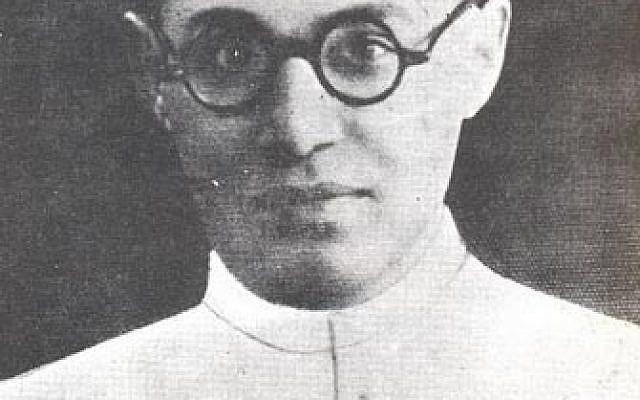 In mid-March New York Times opinion editor Bari Weiss wrote an important piece about the need for the tight-knit Iranian Jewish community in the New York City suburb of Great Neck to practice social distancing during this COVID-19 virus crisis. She indicated the extreme difficulty the Iranian American Jews in that city faced because of their large weddings, large family gatherings for the Sabbath dinners and coming together regularly for religious services in sizable numbers. Weiss made many correct observations of New York’s Iranian Jews, but she failed to look at the past history of Iranian Jewry–  specially during World War II in facing a similar life-threatening epidemic which transformed them. Specifically the poverty-stricken Jews living in their ghetto within the city of Tehran nearly 80 years faced a horrific typhus epidemic that took the lives of many of them. Yet one community doctor and activist, Dr. Sapir helped save many of their lives as well as transformed their dire health conditions. This very unique historical experience has still remained with many Iranian Jews today and Dr. Sapir’s spirit of helping the sick during that epidemic lives on among Iranian Jews living in the U.S. with volunteering their efforts in the right against COVID-19.

The name Dr. Rouhollah Sapir may not mean anything to American Jews or Americans, but he was perhaps one of the most beloved community volunteers for Iran’s Jews in the 20th century. According to the Iranian Jewish historical website 7dorim.com, Sapir was born in 1911 to a Jewish family in Tehran and was among the first physicians to graduate from Tehran University’s new School of Medicine established in 1934 during the reign of Reza Shah Pahlavi. This was indeed a unique achievement for the time as the vast majority of Jews in Iran lived in poverty and for centuries had been denied the opportunity to gain any sort of higher education. As Sapir began his medical career, he noticed how Jewish patients were badly treated and often totally ignored when they visited government-run hospitals in Tehran at the time due to the physicians’ anti-Semitism. As a result, Sapir, Dr. Rahim Cohan and a group of then young Iranian Jewish activists organized the “Kanun-e Khayrkhah”, a non-profit clinic which began operating inside a synagogue in Tehran’s Jewish ghetto. Sapir’s primary goal in establishing the clinic was to provide urgent medical care to poverty-stricken Jews in Tehran’s ghetto free of charge and free of anti-Semitism. Sapir appealed to those few in the community who were affluent in order to help raise the funds, medical supplies and even food for the clinic. Almost overnight the clinic was helping Tehran’s sick and poverty-stricken Jews and also educating the community on general and public hygiene habits. At that time, Iranian Jewish musicians Mousa Neydavod and Morteza Neydavod, as well as other artists organized a musical concert in which the proceeds helped with the clinic’s financial problems. 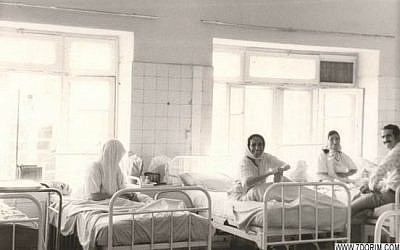 Sapir’s non-profit clinic for Tehran’s poverty stricken Jews could not have come at a better time when Iran was subsequently dragged into World War II  and foreign soldiers as well as foreign refugees flooded the country. These foreign refugees as well as Tehran’s poor Jewish community where treated in the Kanun-e Khayrkhah clinic. Sadly during this time Tehran’s Jewish community faced a deadly outbreak of typhus brought into the country by foreign visitors and intensified due to poor hygiene and a lack of proper medical facilities for the people living in the city’s Jewish ghetto. As a result of the typhus epidemic, thousands of Jews died in Tehran’s ghetto during this time. But Sapir was a tireless warrior volunteering on behalf of his community and worked long days and nights to treat patients. Likewise, he taught personal and public hygiene to the uneducated and poor in the community. He also made efforts to keep clean the ghetto’s public areas in order to stop the spread of lice which was responsible for the spreading of typhus. Additionally Sapir visited many of his patients at their homes who at the typhus virus and eventually contracted the illness himself. Nevertheless, a dedicated Sapir continued his work to treat ill patients in the community and ignored his own symptoms. Eventually Sapir was bed ridden and died at the age of 32 on April 12, 1943 as a result of the complications brought on by the typhus.

Dr. Sapir’s dying request was that other volunteers and the Jewish community of Tehran would continue to keep his non-profit clinic open and operating for the benefit of the community. Indeed in the proceeding years after his death, the Kanun-e Khayrkhah clinic was kept open and even expanded with the generous donations of affluent Jews in Iran. Eventually the clinic was transformed into the “Cyrus the Great Hospital”. After the 1979 Islamic revolution in Iran, the hospital was again renamed the Dr. Rouhollah Sapir Hospital to honor the community’s remarkable volunteer. The hospital over the decades has not only provided Jews with medical care but also many non-Jews in Iran. While it is one of the most sophisticated and best equipped hospitals in Tehran nowadays, the hospital has essentially been taken over by the Iranian regime’s authorities and only has a handful of Jewish doctors and administrations are still working there. The hospital is fully funded by the Iranian regime as Iran’s Jewish community has dramatically shrunk today to between 5,000 to 8,000 people who are unable to fund the hospital. Sadly the Iranian regime also uses the Sapir hospital today as a propaganda tool to show of their supposed benevolence to Iran’s Jews for naïve western media outlets. 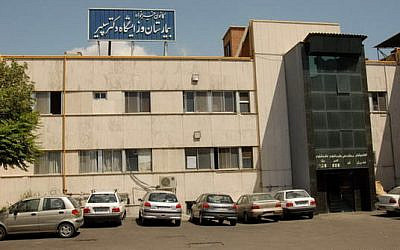 In America, the younger generation of Iranian Jews living in New York and Los Angeles may not know or remember Dr. Sapir, but they continue his tradition of volunteering their help to others during the COVID-19 crisis. With the outbreak of the Coronavirus, recently I interviewed a handful of young Iranian Jews in both states who started a volunteer blood donor referral program that connects COVID-19 survivors as potential blood donors to the families whose loved ones were COVID-19 patients in hospital critical care units. Their group of volunteers have tried to help anyone needing blood since many hospitals have been asking families of COVID-19 patients to find their own blood donors. Young Iranian Jews have also donated personal protective equipment to hospitals and health care providers and volunteered their time to hand out food to those who have lost their means of income. Most importantly, many Iranian American Jewish physicians have been on the front lines to help treat those infected with COVID-19. The honorable legacy of Dr. Rouhollah Sapir giving unselfishly to help his community during times of epidemic is one that Iranian Jews in America should embrace and cherish for years to come.