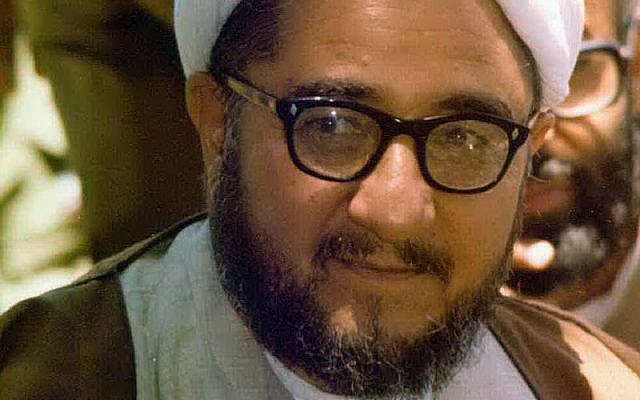 For the past two decades, I have had the special honor of reporting on the news and recent history of my ancient Iranian Jewish community which today is largely based in Southern California. Perhaps their most difficult stories involve tragedies that came about when scores of Jewish families endured antisemitism after the 1979 Islamic revolution in Iran.

Thousands of Jews were abruptly forced to flee Iran at that time in order to escape the new Khomeini regime’s persecution of Jews, the regime’s random confiscations of Jewish businesses, assets and properties as well as the regime’s thugs suddenly arresting and torturing of Jews in hellish prisons. Yet the most painful stories are those involving the Khomeini regime’s random and senseless executions of innocent Jews in the early years of the revolution. I am asked on a frequent basis why I continue to write about and speak about these executions that occurred more than 40 years ago and the answer is because the world has forgotten these crimes the regime has committed against Iran’s Jews! This week 41 years ago the Khomeini regime’s revolutionary thugs for no reason executed Nosrat Goel, a Jewish mother of four children from the city of Shiraz who at the time of her execution was pregnant with her fifth child. Her story is one of the thousands of stories of pain and heartache Iranian Jews in America still carry with them. We remember Mrs. Goel’s horrific story and call on the international community to hold this demonic regime in Iran that killed her responsible for their crime.

Mrs. Goel’s heartbreaking story was shared with me several years ago by her cousin, Mr. Asher Aramnia, a now 84-year-old Iranian Jewish businessman living in Los Angeles. Mrs. Goel’s nightmare began on July 3, 1980, when the Khomeini regime’s Revolutionary Guards thugs in the city of Shiraz randomly arrested her while she was working in a hair salon. Aramnia said the regime’s thugs were looking for a infamous prostitute in Shiraz by the name of “Zahra” and when they could not locate the prostitute, they randomly arrested Mrs. Goel and claimed she was the prostitute they were required to find and arrested. At the time, Mrs. Goel and 23 other individuals the regime claimed were criminals were taken to Adelabad Prison in Shiraz and locked up. She was supposed to be held and tried the next day before the regime’s religious court but unfortunately circumstances during that day turned for the worst when the regime’s notorious Ayatollah Sadegh Khalkhali arrived later on at the prison. Khalkhal was the regime’s infamous “hanging judge” who at the start of the revolution had been travel across Iran carrying out random executions of “drug offenders” and other “enemies of the new regime” he saw fit. 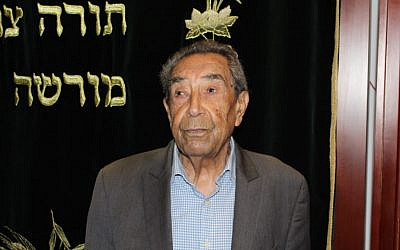 Mrs. Goel along with the 23 others arrested in the prison were brought before Khalkhali and he ordered her immediate execution on the charges of drug trafficking and operating a house of prostitution. She was never given any defense attorney and no evidence of her guilt was brought before Khalkhali’s sham trial that day except for the charges from a regime revolutionary guard who claimed she was the prostitute Zahra. Sadly Mrs. Goel who was pregnant at the time was promptly shot before a firing squad the same day as Khalkhali sham trial. Likewise the 23 other “enemies” of the regime who were imprisoned with Mrs. Goel were also executed on the same day as she was executed at Khalkhali’s direct orders. Aramnia said he was living in the U.S. when he learned of Mrs. Goel’s random execution by the Khoemeni regime and was shocked. “It was incredibly sad news, he said. “Her children and our entire family are still devastated after more than 40 years since they killed her for no reason”. On several occasions I tried to reach out to Mrs. Goel’s children to get their side of this painful story but they are still traumatized by the tragedy after four decades and unable to speak publicly about it. To this day the Ayatollah regime in Iran has never apologized for wrongfully executing Mrs. Goel or paid any restitution to her family for her wrongful killing.

Mrs. Goel was not the first Jew and not the last Jew the regime has executed since coming to power 42 years ago. In May 1979, the Khomeini regime executed Iran’s Jewish community leader, Habib Elghanian on trumped up charges of spying for America and Israel. Then in June 1980, the regime executed affluent Jewish businessman Albert Danialpour for no reason and in July 1980 they executed Iranian Jewish businessman Ebrahim Berookhim on false charges of spying for Israel. According to a 2004 report prepared by Frank Nikbakht, who heads the Los Angeles-based “Committee For Minority Rights In Iran” at least 14 Jews have been murdered or assassinated by the regime’s agents, at least two Jews have died while in custody, and 11 Jews have been officially executed by the regime. In December 2012, Toobah Nehdaran, a 57-year-old Jewish woman was brutally murdered and her body was dismembered inside her home in the Jewish ghetto in Isfahan. Regime agents are suspected of the crime. Nikbakht said with every Jew the Iranian regime executed in the 1980s and 1990s, thousands of Jews fled the country for fear of their lives. The Jewish community of Iran, which numbered 80,000 in 1979, is now between 5,000 to 8,000. The Jewish community in Iran today continues to live in constant fear for its security amid threats from Islamic factions.

As Jews living in America today, we have responsibility to keep alive Mrs. Goel’s tragic story and the stories of the countless heinous crimes the current Ayatollah regime in Iran has shamefully committed against Iran’s Jews for more than four decades. How was can remain silent while the current Biden administration negotiates a “nuclear deal” with the regime that has its hands soaked in Jewish blood? We will continue to name and shame this regime for killing an innocent Jewish woman and her unborn fetus. The Ayatollah regime in Iran and its lackeys in the West can continue to dismiss Mrs. Goel’s execution and even try to sugar coat the regime’s mistreatment of Iran’s Jews, but their long horrific record of killing and abusing Jews is something they can never escape. One can only pray that one day those that committed this crime against Mrs. Goel will be tried before a tribunal for crimes against humanity.

About the Author
Karmel Melamed is an award-winning internationally published Iranian American journalist based in Southern California; He is a member of the Speakers Bureau of JIMENA: Jews Indigenous to the Middle East and North Africa
Related Topics
Related Posts
Comments
Advertisement