Could it really have been 15 years?

It seems like it just happened and it seems like a lifetime ago, when terrorists hijacked airplanes and flew them out of a flawlessly sapphire-blue sky into the World Trade Center and aimed them at the Pentagon, when almost 3,000 people died that day because a small group of otherwise stone-age monsters had enough technical know-how and lacked enough basic humanity to do what they did.

It has been 15 years this Sunday since the news broke, starting fairly slowly in the morning with reports of a plane flying into the building, alarming enough but surely, obviously, unquestionably an accident, and then ratcheted up and up and up inexorably to the Twin Towers falling, but not before people jumped out of their windows and sank, seemingly slowly and with an odd ungainly grace at the very end, to their terrible deaths.

It has been 15 years since the smell of burning death lingered in the air for weeks, making its way uptown every evening, when the wind changed and blew north.

It has been 14 years since the Tribute in Light, the two pure sky-piercing beams that go between the heavens and the earth — specifically, from the site of the World Trade Center — every September 11, a transient, transfixing memorial to pain and ode to hope.

Our world has changed since then.

Now we know that the unthinkable is possible, that monsters live in this world, that the seemingly eternally solid can be taken down, given enough malice and ruthlessness.

We also know that human beings are capable of great, selfless good. The first responders who rushed to the inferno, the police officers and firefighters and just plain citizens who went upstairs, carried people downstairs, came the next day and the days after that to dig in the still-on-fire rubble, the rescuers who later sickened and died because they’d breathed so much toxic air, with particles of chemicals and plastics and organic matter that no one should breathe.

We now live in a very different world. Although one immediate response to September 11 was that comedy and irony were dead, of course those things were resuscitated quickly. But to a large extent our innocence died. Why we should have been innocent at all in a post-Holocaust world is a real question, of course, but now, we, this generation, the generation that saw the smoke against the perfect cloudless blue, have no excuse.

We also have no excuse not to be kind to each other. Those of us who are not monsters — most of us — overwhelmingly most of us — must learn from the waking nightmare of September 11, 2001, exactly 15 years ago, that decency, selflessness, tolerance, and goodness matter.

We also don’t have any excuse not to pay attention to what’s going on around us. There’s a thin line between suspecting strangers simply because they are unfamiliar and therefore threatening and ignoring clear danger signs. We must continue to be tolerant and accepting — that’s what makes us Americans and that’s what makes America the world’s polestar — but we also have to learn to walk that line.

If we don’t learn from history, we will repeat it. Let’s try to learn from it instead. 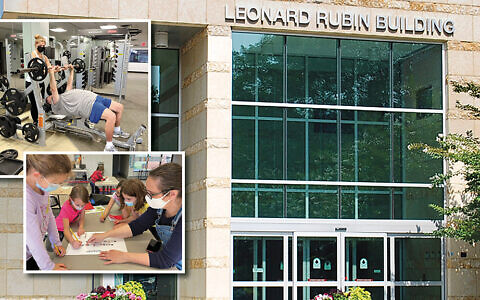 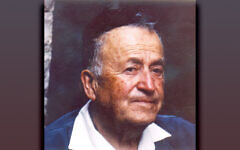 When the Nobel prize flowed through divine channels
Larry Yudelson 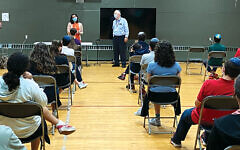 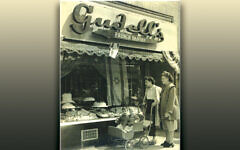 ‘Jonileh, how are you?’
Jonathan E. Lazarus 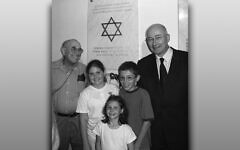 Remembering a father’s escape from the Shoah
Charles Ticho 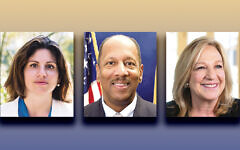