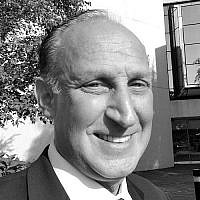 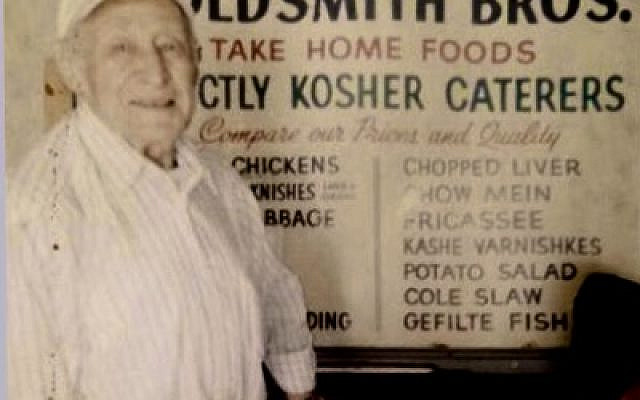 Baruch Dayan Emet, we mourn the passing of Simon Goldsmith, Holocaust Survivor, of Brooklyn, NY. Simon was Niftar on April 2, 2020 (8 Nissan 5780). He was born in 1918 and the youngest of four sons of Moishe and Regina Goldsmith of Minsk, Russia. 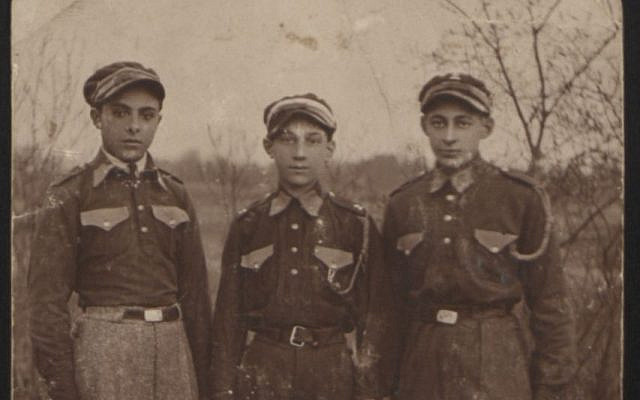 As a young man, Simon lived in the shtetl, Ivye, in Poland. Ivye later became part of the Soviet Union and today, it is in Belarus. Simon studied Torah in Vilna, once known for the great Rabbi Eliyahu, the Vilna Gaon and he once shook hands with the Chofetz Chaim, Rabbi Israel Meir Kagen, but Simon’s greatness was in America, in his business and family. For over 35 years, he owned Goldsmith Bros. Kishke Co. Bow Ties & Groats with his brother Josef Goldsmith. They sold knishes and food, such as chopped liver, cold slaw, potato salad, gefilte fish, cold cuts, franks in blankets, fricassee, kasha varniskes, kishke, kreplach, potato pierogies, and even chow mein. Goldsmith Bros., a retail store, also catered to bar mitzvahs, brisos, and weddings, and sold wholesale to Kosher butchers. 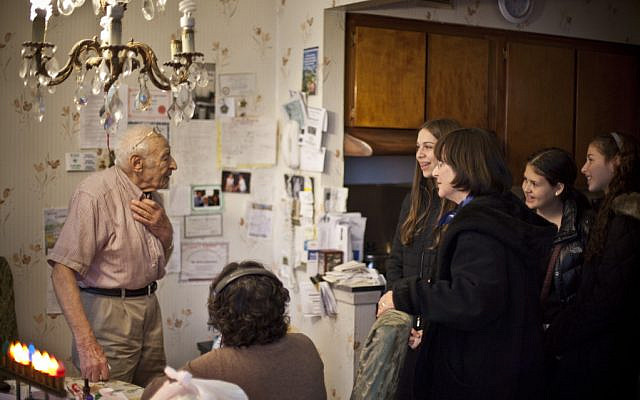 I first learned about Simon Goldsmith as a Volunteer for Connect2, Friendly Visiting for Holocaust Survivors, and the Mitzvah Man organization, in Brooklyn. I wanted to visit Simon at his home but learned that he was at Haym Solomon Nursing & Rehabilitation. I “googled” his name and found an article on Tablet Magazine (January 2014), “Soon There Will Be No Survivors,” which featured information, photos, and audio clips of 9 New York Holocaust Survivors. Soon I was standing in front of him asking, “are you the famous Knish man from Church Avenue?” and was greeted with a warm handshake and a big smile. I will always remember Simon’s accent and the way he said “Goldsmith’s knish-er-eye.” 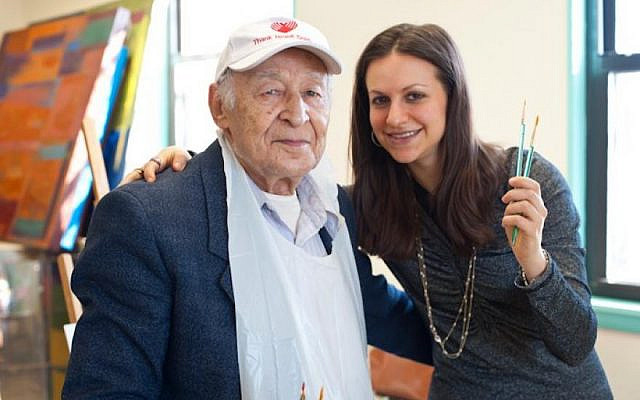 I brought Simon mishloach manot, gifts for Purim from Connect2 and the Mitzvah Man and he was so appreciative. During later visits, I brought him knishes from the Mill Basin Deli and Essen New York Deli on Coney Island Avenue, two of the very few remaining kosher delis in Brooklyn. 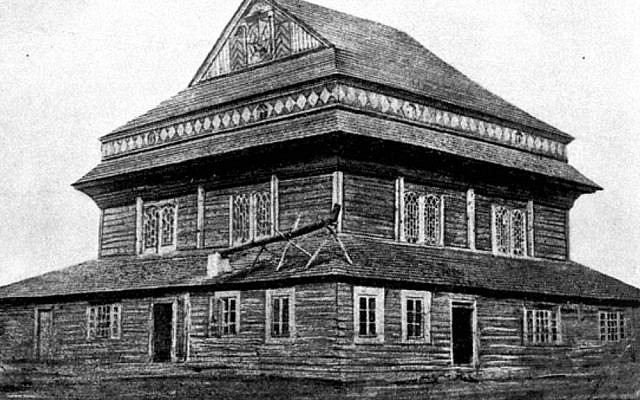 Simon Goldsmith gave gifts of family photographs to the United States Holocaust Memorial Collection. They can be seen at https://collections.ushmm.org

Simon told me that before the second World War, his father and 3 others bought a car and Simon learned to drive as a young teenager.

During 2014 – 2015, Simon was involved with Witness Theater, a program conceived by Irit and Ezra Dagan, developed by JDC-Eshel in Israel, and brought to New York in 2012 by Selfhelp Community Services. Witness Theater are plays narrated by Holocaust Survivors and reenacted by high school students at the Yeshiva of Flatbush Joel Braverman High School in Brooklyn. Until the corona virus hit, Witness Theater was an annual event, with performances throughout New York. 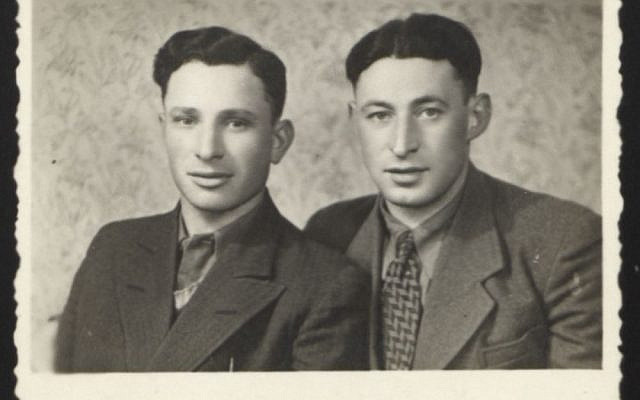 Simon Goldsmith, on right, with brother Josef on left (Courtesy)

Students reenacted Simon’s bar mitzvah as Simon narrated the play and explained that he had a great childhood, with many friends, his father was a rich man and a store owner. “I had the biggest bar mitzvah Ivye has ever seen,” said Simon.

In July 1941, the Germans created a ghetto in Ivye. Simon and about 250 boys and girls, escaped to a nearby forest and hid for about 3 years. Many of the Jews who fled the hundreds of ghettos hid in the forests, resisted against the Nazi regime, and were known as Partisans. On erev Passover 1942, other Jews were driven into the Ivye ghetto, pogroms were initiated and on May 12, 1942, Lithuanians and German Nazis used machine guns to murder about 2500 Jews in the Ivye ghetto. After being found in the forest and liberated in July 1943 by the Russians, Simon served in the Soviet Army and drove a truck to help fight against the Germans. “My drivers license saved my life,” Simon told everyone. Simon helped the Soviet Army battle against German forces in the Siege of Leningrad in 1943 and 1944 (Simon’s participation in Witness Theater can be seen on YouTube, search Witness Theater 2015, at approx. 1:36). 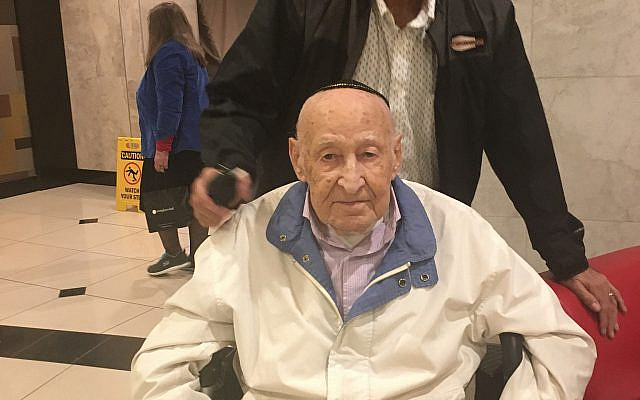 For information about Ivye and the liquidation of the ghetto, search Google, “Jewishgen Ivye We Covered the Pits of Our Martyrs,” for horrifying details of the liquidation. We must never forget what we know about the Shoah.

After the war, Simon was sent to a Displaced Persons (DP) camp before coming to America in 1948. In Brooklyn, Simon meet his wife Hennie from Czechoslovakia, who had survived Bergen-Belson, a Nazi concentration camp in Germany. 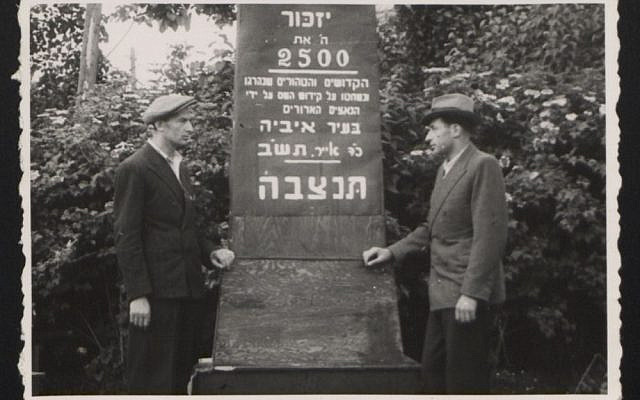 Simon and Hennie would spend summers in the bungalow colonies of Mountaindale, New York in the legendary Catskill Mountains, where hundreds of thousands of Jews spent each summer. Some called this area the “Borscht Belt” or the “Jewish Alps.” Known as “the Knish Man of Mountaindale,” Simon and his brother Josef had a store where they sold knishes, chickens, and other foods. These were the days long before large supermarkets, BJs, Costco, Walmart, and online services such as AmazonFresh, DoorDash, Fresh Direct, Grubhub, and Uber Eats. Bungalow colonies would announce on the PA system, “The Knish Man is on the premises.” Simon was in good company, among “Shimmy the Pickle King,” and “Rudy the Knish Man,” and many others. Back in Brooklyn, there was Mrs. Stahl’s and Hirsch’s of Brighton Beach, Shatzkin’s of Coney Island, and Gabila’s, to name a few legendary knish bakeries that fed New York. 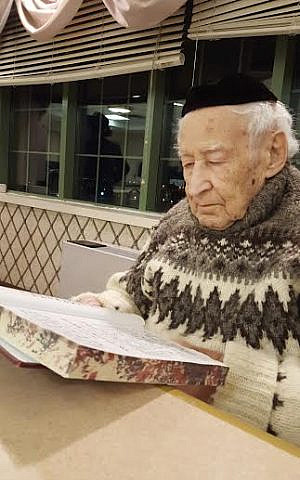 The knish, was derived from the Polish “knysz,” and was brought to America by Jewish immigrants from Poland. The knish was possibly from Knysza, Poland, according to Brooklynite Laura Silver, who wrote “Knish: In Search of the Jewish Soul Food.”

Today, there are very few knish bakeries in New York, Yonah Schimmel’s Knish, founded in 1910 and the last remaining knish bakery in Manhattan, and Knish Nosh in Queens, founded in 1952, to name a few. A far worse statistic is, of the 9 Holocaust Survivors featured in the Tablet Magazine article, only two are left.

Simon attended Congregation Beth Hillel of Flatlands and even served as a Vice President. He enjoyed visitors from the Yeshiva University High School for Girls. He attended many gatherings for Holocaust Survivors, sponsored by Connect2 and Selfhelp Community Services, which was originally founded by volunteers who were dedicated to helping victims of Nazi persecution flee Europe and build lives in America. In recent years, Simon often wore his signature “Make America Great Again,” red baseball hat.

Simon is survived by his son Barry, a Chiropractor in Florida, his daughter Robin, a Registered Nurse in Staten Island, and grandchildren, Lauren and Adam. His son lovingly remarked that when Simon got to heaven, they made an announcement, “The knish man is on the premises.”

I consider myself fortunate to have met such a wonderful person. May his Memory be for a Blessing.