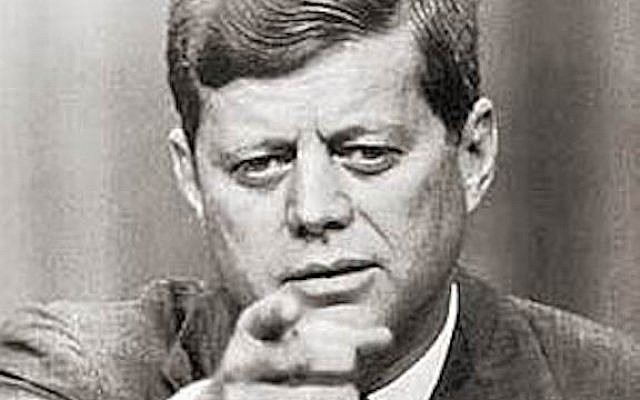 Fifty-seven years ago in my high school in Marblehead, Massachusetts, we heard the news of JFK’s assassination through a 5″x6″ speaker hanging over our heads.  I was fifteen and up to that moment generally thought about football, marching band and the mud that was slowly collecting on our field. When we marched in such conditions our legs became heavy like gigantic fish weights.

After hearing the announcement we were let out of school.   I remember  trying to stop the cries welling up inside of me.  I walked alone,  feeling the stuffiness of my head slowly transforming into a headache.  Though I had walked this way as always the trip seemed infinitely long and unfamiliar.  The drizzle dampened the recently black-tarred road; the water leaked into my sneakers. As I walked I felt a heaviness much greater than a trudge in our muddy football field, as if the mud was quicksand pulling me to nowhere.

I remember trying to sigh but couldn’t . I still was holding my brown paper lunch bag whose crackling sound began to annoy me. The thought of eating was inconceivable so I ditched the bag.

At school we hadn’t been been told the details and were left to our own imaginations. At that time we were only told that the President had been shot and was seriously injured. We had no smartphones to see pictures, to hear infinite rivers of news analysis and to suffer the constant babble of video commentary. On the contrary, we were left to imagine how it might have looked, felt and sounded.

“Were the shots loud or soft? Was there a lot of blood? Who did this? Why? How many others were hit? Would JFK die? How could “they” let this happen? Why on earth would someone do this?”, and other innocent questions of a typical 15-year old experiencing his first national trauma.

On this day fifty-seven years ago our generation’s age of innocence was shattered as we entered the deep sixties shortly after the excruciating fear of an atomic bomb falling at our feet, i.e. the Cuban missile crisis our first preparation of the final initiation.

As I walked alone I could taste nothing but the grey dryness on my tongue and palette.  My feet were now soaked to the bone and I shivered.  “What will we do?”, I asked.  I passed what was rumoured to be a haunted house on the right side of the road; the house’s broken grey shutters and crumbling black paint made the building seem more hollow like the feeling in my stomach.

Ahead was my “oasis”, a local small convenience store.  I was thirsty thinking of the dry Texas air.  I entered the shop and saw the stacks of the Boston Globe smelling of damp ink.  So far the dozen papers had not been purchased.  The news was slow to get out.  I lifted one up to read and the headline “Kennedy Tackles Rifts in Texas“; another local newspaper declared: “President Will Not Choose Johnson as Running Mate!”  The Boston Globe on November 21, 1963 declared: “Guns Handy as Kennedy Rides the Old Frontier” and “Robert Kennedy to Quit, Aid JFK.”

I thought to myself: “so strange”.  Johnson is now president.  The Texas connection didn’t cross my mind, but later it did—for me and many others.  I later became obsessed with conspiracy theories, but that was my nature in those days.  We had al lost our innocence.  We had now been swept up in a non-stop news tsunami which became the sixties’ norm.

Later in university I heard Democratic politician Allard Lowenstein lecture in person.  His theories of conspiracy made total sense to many of us. To others the thought of conspiracy was abhorrent: “A take-over of the Presidency? Absurd!”

Remembering the newspaper headlines had sent a shock down my spine, goosebumps of fear in my shoulders and served as a jumpstart to the turbulent sixties.  As they say, “and the rest was history”, all culminating in assassinations of Martin Luther King and Robert Kennedy.  By then we had entered to first portal to our current surrealist age which like tragedy on steroids was allowed to fester and destroy our dreams.

I shudder from the memories.  I shudder to contemplate what lies in store for us.  Today while we walk the damp pavements of the internet and slowly try to clear our throats from the noxious fumes of plague, apathy and demagoguery that time and again we have tried to flush away, but which has now inundated our wounds.

Again, for the fifty-seventh year, I mourn John F. Kennedy, his vision, intelligence and youth, as I also mourn the death of our own age of innocence.