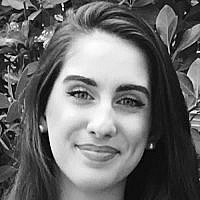 The Blogs
Nilaya Knafo
Apply for a Blog
Please note that the posts on The Blogs are contributed by third parties. The opinions, facts and any media content in them are presented solely by the authors, and neither The Times of Israel nor its partners assume any responsibility for them. Please contact us in case of abuse. In case of abuse,
Report this post. 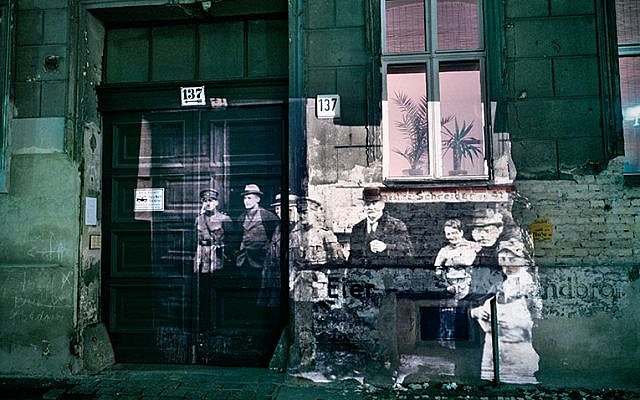 In 1991, Jewish-American visual artist Shimon Attie traveled to Berlin to create art about Jewish identity in the city’s Scheunenviertel, or former Jewish quarter. As he walked Berlin’s streets Attie asked himself, “Where are all the missing people? What has become of the Jewish culture and community that had once been at home here? I felt the presence of this lost community very strongly, even though so few visible traces of it remained.”

This overpowering feeling of absence that Attie experienced inspired his visual installation, The Writing on the Wall: Projections in Berlin’s Jewish Quarter. Visible to street traffic, local residents, and passersby, the neighborhood’s former Jewish residents and shopkeepers came to life through a series of images projected on the same buildings and walls visible in each of the original photographs adapted from Eike Geisel’s 1981 publication Im Scheunenviertel: Bilder, Texte und Dokumente. But, coupled with the discernible intermingling of Yiddish and Hebrew text on storefront windows and evident depictions of the subjects’ professions, the Jewish people depicted remained nameless. 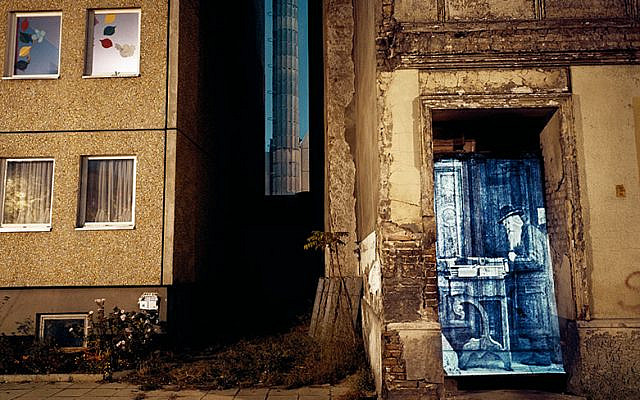 The Writing on the Wall serves as a witness and living narrative to the Jewish people who once lived and worked in this space. Specifically, the memorial connects the social dimensions of memory, disappearance, and haunting that are inextricably linked to evolving narratives of memory culture in Berlin. In regards to commemoration, names in particular serve as a testament to permanence and humanization, as they inescapably withstand time by summoning individual souls and identities. Although collective Jewish identity manifests itself in Attie’s images, the absence of names and individuality evoke emotions of mourning and nostalgia, as the transient light projections represent not only the disappearance of the photographs but also the greater loss of Berlin’s Jews.

Like The Writing on the Wall, artist Christian Boltanski’s The Missing House is a site-specific yet inconspicuous visual installation located along a trail of Holocaust memorials within Berlin’s former Scheunenviertel. Unlike Attie who draws on visual depictions of Berlin’s absent Jewish community and the enigmatic individual identities of the Scheunenviertel’s former residents, Boltanski uses text to characterize the impact of time on identity, memory, and death. 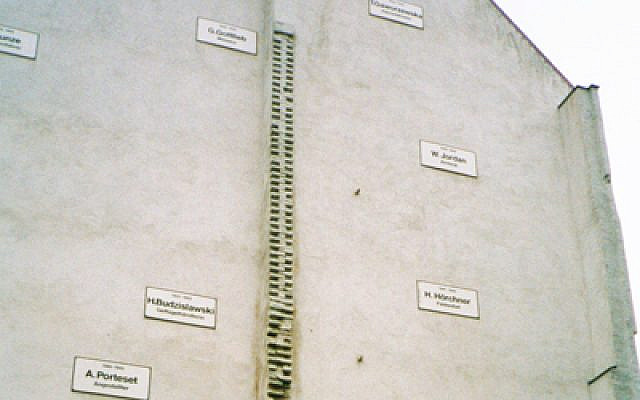 Plaques on the wall of “The Missing House.” Photo by David Lansing (Courtesy of David Lansing, http://davidlansing.com/the-missing-house/)

The memorial incorporates twelve black and white plaques sizes 120 x 60cm mounted on the walls of each story of a building with names, professions, and periods of residency of the tenants who lived next door. Jews first inhabited the house before their deportation, and after German tenants moved in but were later killed in the building during allied bombings. Only slight indications of each tenant’s identity are revealed through their professions and the etymology of each surname, compelling onlookers to make suppositions about the residents’ backgrounds as a result of the memorial’s ambiguous structure and lack of authentication.

Despite differences in background and names, Boltanski calls on the viewer to remember the German and Jewish tenants within the same space. However, the memorial’s missing pieces paradoxically erase the individuality of each name, influencing the onlooker to perceive each surname as part of a collective group of either Germans or Jews, further drawing a thin line between postulation and truth. Through the use of names, Boltanki makes the identities of those who disappeared over time visible once again, while encouraging a reawakening of Berlin’s memory culture through preservation. The Missing House’s archive of names strives to ensure a protection of visibility that is threatened by a disappearance of history and the fleeting nature of remembrance. 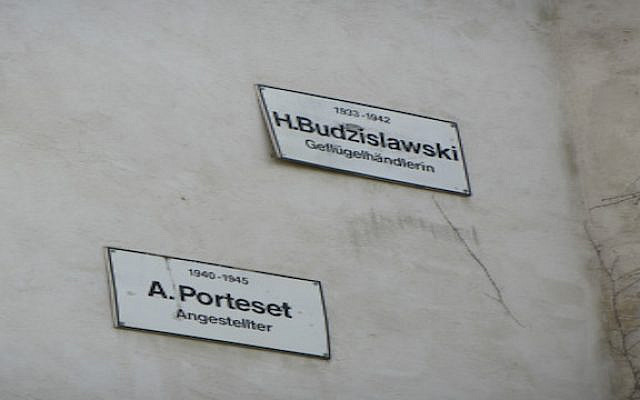 As we approach the 76th anniversary of the liberation of Auschwitz, we must strive to remember the lives that were lost during the Holocaust, as well as those who continue to remain nameless. Ensuring “never again” means embracing a responsibility and duty to prevent future genocide, Holocaust denial, and anti-Semitism through ongoing acts of remembrance and an active retelling of history. Attie and Boltanski’s Holocaust memorials draw on the unseen, while reminding onlookers of the impact of time on identity, remembrance, and commemoration. At the same time, the permanence of these memorials in the Scheunenviertel’s haunted yet constantly evolving space serves as a witness and living narrative to the people who once were but who are no longer.

About the Author
Nilaya Knafo is a Senior Program Assistant at the United States Institute of Peace. She is pursuing a Master of Arts in Religion at Yale Divinity School and graduated from American University in 2019 with a Bachelor of Arts in International Studies. In her free time, she enjoys supporting Yale University's Fortunoff Video Archive for Holocaust Testimonies. All views and opinions expressed are her own.
Related Topics
Related Posts
Comments