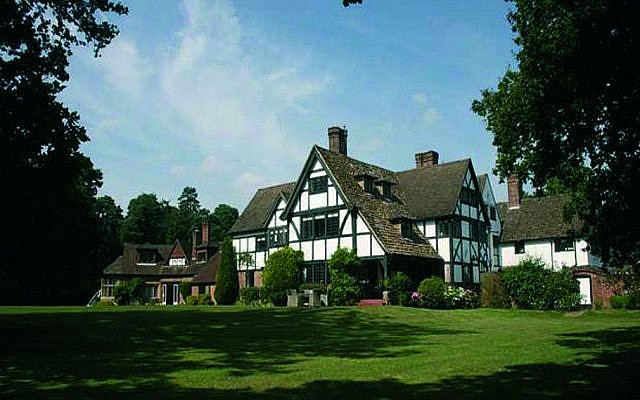 Stuck in my house, with coronavirus raging unchecked in the no longer familiar streets of my hometown, I find my days filled with memories.

Much as Marcel Proust wrote in his story of a young boy’s journey through life, memories of long ago come flooding back.

I illustrate this Blog with one place that was critical in my life-story but has no place in my memory, Fulmer Chase. The Fulmer Chase estate belonged to Sir Edward Baron, a cigarette magnate and leader of the UK’s Jewish community. He was a director of the Palestine Electric Corporation. Little did I know that in my future life his company, renamed the Israel Electric Corporation, would light my home in Rehovot.

During the Second World War Fulmer Chase was used as a maternity hospital for the wives of officers. I was, I am told, born there on a very snowy Christmas day in the middle of a world war. Fortunately, my parents did not listen to the staff’s suggestion to call me Noel, it would not have gone well with my family name at the time, Kleinfeld. (Britain’s not so welcoming attitude to Jews, forced my father to change it to Kaye.)

In a curious turn of the wheel, Fulmer has been renamed by its present-day Muslim inhabitants as the Minor Land of Fadak and holds the Al-Muhassin Mosque, the first and only fully functioning Shia Muslim Mosque in all Europe.

Fulmer Chase is still there, originally a single dwelling built a century ago, it is now offering a number of apartments. As the asking price for just an apartment is around £1,000,000, I deeply regret that my first cry as I came into this world wasn’t “Buy!”.

But Fulmer is best forgotten, I have other memories to keep me busy.

How different might my life have been if I had spent just a few more minutes revising for my end-of-school exams. Just a few more points and I would have gotten a place at my first choice of university and not the second. And I would never have met my wife. Could it have been ‘bashert’? (That’s ‘inevitable’ or “preordained’ for readers not familiar with Yiddish, and is often used to refer to one’s divinely predestined spouse.)

Today, memory can be a problem. Where did I put my glasses? Have I had my breakfast?