The Blogs
Irene Rabinowitz
New Englander by birth, Israeli by choice.
Apply for a Blog
Please note that the posts on The Blogs are contributed by third parties. The opinions, facts and any media content in them are presented solely by the authors, and neither The Times of Israel nor its partners assume any responsibility for them. Please contact us in case of abuse. In case of abuse,
Report this post. 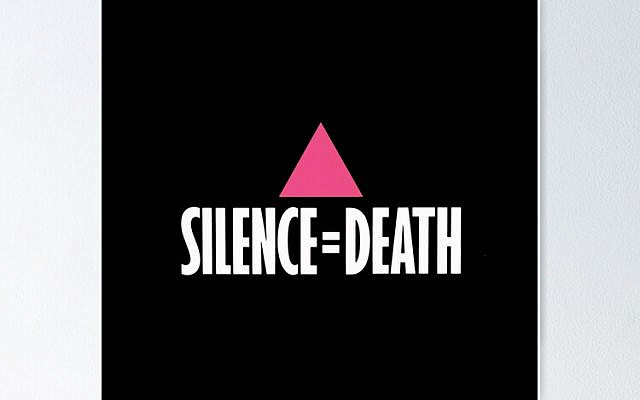 With a nod of appreciation to Proust, I allowed my memory to drift back to the 1980s when a new virus appeared. Some events in life stoke an aroma, some stoke the pain and struggle.

An article in 1981 in the New York Times told us about a rare cancer that seemed only to be found in gay men. This was the beginning. By 1984, a first friend had died and we knew something bad was coming.  People were dying and the United States government basically ignored it because, as it was said back then, it only effects gay men. Now, decades and millions of deaths later, we know that the HIV virus has no biases. It is a virus that has one job, to stay alive, replicate in a host, and to mutate when necessary. But over and over again, we were told not to worry because only gay men were susceptible. So people ignored safer sex guidelines and prevention and  many died because it surely could not happen to them. In my 8 years at the AIDS Support Group of Cape Cod, I saw this played out over and over again. When the father of an 18 year old girl, who was dying, said to me “But how?”.  I explained transmission. He thought only gay men could contract the virus. This was in 1992  or 1993 when information was readily available. He was filled with shame about his daughter’s condition and we took care of her in her tiny old apartment. Until the last days, when her family let love replace shame. I have many, many remembrances of that time, but what stands out now is “but it’s just gay men, so don’t worry.”  We fought back against that mentality. AIDS activism changed how we look at our biases. Silence against the biases surely did equal death. We said every life has value and by minimizing the virus because a group is deemed as “throw away”, we are lessening humanity.

Now we have a new, much more infectious virus. HIV dies outside of the host almost immediately. Covid 19 can live on hard surfaces for days. And is spreading wildly throughout the  globe.  And again, we hear “don’t worry, only old and weak people are dying”. This must have been posted on social media dozens of times among the small group of people that I know. And I have seen it in articles and heard it in a conversation yesterday. And now, decades later, I know how gay men felt when they heard over and over again during the epidemic that others should not worry or even care, because it was “just” them.

Rabbi Yaakov Kermaier reminded us, at Shir Hadash on Emek in Jerusalem, last Shabbat that Amalek (used as a metaphor for all who have tried to destroy the Jewish people) preyed on the weak and old who lagged behind. We saw this in the Shoah and in the pogroms of the late 19th and early 20th century. The rabbi stressed that we should all care about this virus because Jewish values require us to honor the sanctity of life. Even the lives of those who are elderly or weak. We are not “just” those people. Our lives are worth not minimizing.

Anecdotal reports are coming from Italy that, in the frantic triaging of patients, elderly people are sometimes the last to be treated. I do not know if this is true, but would be curious what age is the cutoff.  60? 70? 75? 80? 90?  Does this become a policy or are decisions just being made as patients are initially evaluated?  If this is happening, is it the result of poor planning and a lack of respirators, which has been reported by doctors who are struggling to make treatment decisions? These are decisions that no one should be in the position to face and I surely empathize with those that are tasked with these decisions.

This is not a judgement on medical professionals who are working to save as many lives as possible. That some elderly people are not receiving treatment in a crisis worries me, but I am a realist. What does worry me more is those who who believe that this virus is not one that requires concern because it “just” kills the old and weak. And that these people are willing to say this publicly as they shrug and minimize the danger.

This virus is dangerous; we know that. We also know that minimizing the effect on those perceived as “throw away” does more harm to society than the actual virus. At 72, with a chronic illness, my life span is limited and I would willingly give up my place in line for treatment to someone much younger. That is my choice. But to hear, over and over again, that this epidemic is not something to worry about because “just” those people are at risk of dying, harkens back to a time when humanity was challenged to maintain empathy and compassion for those at risk. And, in many cases, failed the challenge.

About the Author
Irene Rabinowitz made aliyah in November 2014 and lives in Jerusalem. Prior to making aliyah, she lived in a small odd town at the tip of Cape Cod for 28 years. She lived in New York City for 16 years as a young adult (or old child), but is a Rhode Islander by birth. Irene has served as a local elected official and retired from a long career in non-profit management at the end of 2013, after serving as the Executive Director of Helping Our Women for 18 years. She has worked at the Jerusalem Open House for Pride and Tolerance and retired in 2020 from her position as the Resource Development Manager at the Jerusalem Rape Crisis Center. She presently is the USA Charity Specialist at Fogel CFO and Management Services and consults privately with non-profits in the US and Israel.
Related Topics
Related Posts
Comments