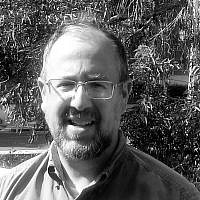 The Blogs
Shawn Zelig Aster
Apply for a Blog
Advertisement
Please note that the posts on The Blogs are contributed by third parties. The opinions, facts and any media content in them are presented solely by the authors, and neither The Times of Israel nor its partners assume any responsibility for them. Please contact us in case of abuse. In case of abuse,
Report this post. 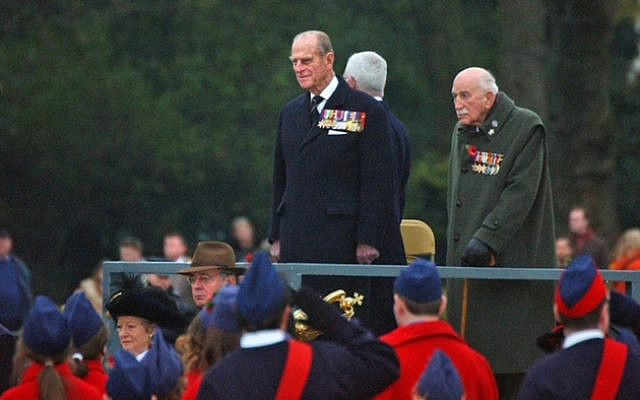 A year has gone by since the death of a great and self-made man, Prince Philip.

Using the expression “a self-made man” to describe someone who rose to universal prominence because of his marriage to the queen of England may seem incongruous. Nevertheless, Prince Philip was the ultimate self-made man. Most of us are the product of our environments. Our identities are shaped, in large measure, by the influence of family, teachers, and peers. In contrast, Prince Philip chose to define himself, and did so by diverging from the path of most of his family and nearly all of his peers.

My connection to Prince Philip is vicarious, but personal. Forty years ago, in April 1982, a close relative of mine had a brief but meaningful meeting with Prince Philip. Her Majesty and her husband were on a state visit to Canada, where I grew up, to celebrate the turning of Canada’s constitution into an act of Canada’s parliament. A gala was held in their honor at the National Arts Centre, to which the prime minister at the time, Pierre Trudeau, invited his stalwarts. As my family member was a former vice-president of the Liberal Party of Canada (Quebec region), he rated an invitation. Somehow, he found himself standing next to Prince Philip. At a loss as to how to make conversation, he spoke about yet another relative’s books on British diplomatic history, to which Prince Philip listened with painfully polite interest. The next day, we were all excited to hear about his encounter with the prince, and I asked my relative what Prince Philip was like. “A German,” was the answer.

In our family, that was hardly a compliment. It meant what the word usually means in Jewish families who lost relatives in the Holocaust. My father used it to describe Prince Philip’s appearance, but it in fact reflected more than his outward appearance. Born a prince of Greece and Denmark, most of Prince Philip’s extended family lived in Germany. Of Prince Philip’s four sisters (he had no brothers), three joined the Nazi Party, and the husband of the fourth (Princess Theodora) enlisted in the Wehrmacht. Prince Philip himself joined the Royal Navy and fought for Britain, against two of his brothers-in-law, who fought for the Nazis.

This was a choice Prince Philip made consciously. He chose sides against his siblings, and against most of his birth family. In his own direct style, he explained his choice in a speech he gave in Jerusalem in 1994. He was educated in Germany, at the Salem School owned by Princess Theodora’s husband, and headed for a time by Kurt Hahn, who was born a Jew and was hounded out of Germany by the Nazis. In Prince Philip’s own words, he told of an incident that occurred shortly after his arrival at the school and that taught him a “very important lesson” he never forgot.

Prince Philip told of how the custom at Salem was for a senior student to be appointed as “helper” to the new boys. “I was unaware of it at the time, but it so happened that our ‘helper,’ as he was called, was of Jewish origin. One night, he was overpowered in his bed and had all his hair cut off. You can imagine what an effect this had on us junior boys. Nothing could have given us a clearer indication of the meaning of persecution. It so happened that I had played cricket for my school in England and I still had my cricket cap with me. I offered it to our helper and I was pleased to see that he wore it.”

With this incident, Prince Philip chose sides. He chose the side of right and humanity against the side of power and inhumanity. He paid dearly for his choice. Despite his status as Her Majesty’s husband (and perhaps because of it), he faced severe restrictions on his ability to visit or even acknowledge his siblings in the post-war period. In the mid-1930s, he made his choice without knowing that Britain would win. He made his choice at a time when the Nazis were ascendant.

At that time, Prince Philip could not know that a decade later, his mother, Princess Alice, would make the same choice. In 1943, when the Nazis rounded up Greece’s Jews and sent 42,000 of them directly to their deaths in Auschwitz, Princess Alice gave refuge in her dwelling in Athens to three members of the Cohen family. She hardly lived in a royal palace; at the end of the war, British officials found her dwelling “humble, not to say somewhat squalid.” Her royal status hardly offered her protection from being punished for hiding Jews by the Nazis. By 1943, many members of the German royal and princely houses who opposed the Nazis were purged and forcibly “disappeared.” Yet she persisted in telling a German general to “get your troops out of my country.” Prince Philip’s speech in Jerusalem in 1994 was at a ceremony at Israel’s Holocaust memorial, honoring his late mother.

It is rare to find in history an example of someone who made such stark choices.  Stark choices usually appear in works of dramatic fiction, as in Star Wars, where Luke Skywalker is tempted to join the dark side, or in Harry Potter, who is given the option to join Voldemort. But Prince Philip was a historical and not a literary figure. Linked by birth to German circles who allied with Nazism, Prince Philip chose the side of the right and good. There are few better examples in history who demonstrate Sartre’s statement: “A man is what he makes of himself.”

About the Author
Shawn Zelig Aster is associate professor of biblical history and geography in the Martin (Szusz) Department of Land of Israel Studies and Archaeology at Bar-Ilan University.
Related Topics
Related Posts
Comments