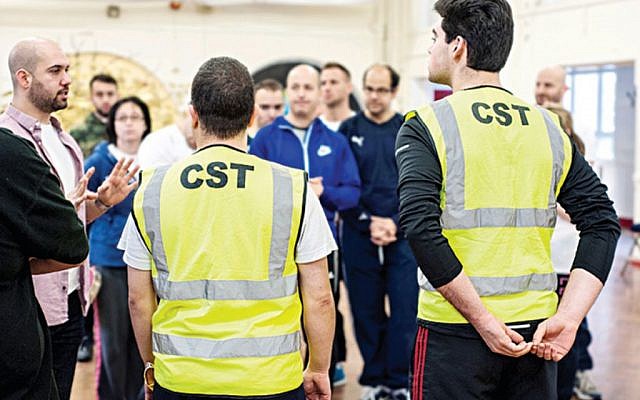 The dreadful reality of anti-Jewish terrorism has struck once more, leaving Jews dead and injured simply because they went to shul to pray on Shabbat.

This is what antisemitism looks like at its most hateful and most lethal. As always after an attack like this, journalists ask CST how we are going to react. Does this change the situation for British Jews? Will we be reassessing our security as a response?

But the brutal truth is that the shooting in Pittsburgh did not tell us anything new: it merely confirms the threat we already know exists.

We have seen it before in France, Belgium, Denmark and the US, whether by neo-Nazis or jihadists.

In the UK, the police have stopped various plots in which would-be terrorists were planning to attack Jews. This is why CST does its work.

CST security operations were stepped up following Pittsburgh, mainly to reassure the UK Jewish community it is protected. This is an important response, even though there was no intelligence to suggest anybody is planning a similar attack in this country.

Our people were contacted and reminded of the importance of fulfilling their duties professionally and rigorously. We spoke to police and to local and national government, all of whom expressed practical and moral support for the community.

Our volunteers know the risks, as do the police officers who rushed to the Etz Chaim congregation in Pittsburgh last Shabbat – four of whom were injured. CST sees its role as facilitating Jewish life.

We want British Jews to feel free to live their lives. Terrorists want the opposite: they want us too scared to go to shul, or to Jewish shops or events.

At the vigil held at JW3 earlier this week, speaker after speaker emphasised their determination to carry on doing the very things that the terrorists hate. Their words were inspiring.

This kind of resilience must be central to how we respond as a community to the Pittsburgh shootings.

We will mourn and grieve, of course, but our way of life must continue. CST will continue to play its part in ensuring this is the case.