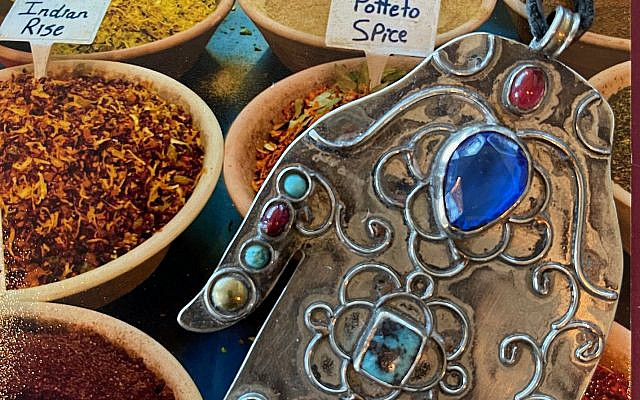 Since the Six Day War, Jews in the United States and in Israel largely operated on the premise that peace could be bartered for with land. Surely the “conflict” was about “occupied territory,” the West Bank/Judea Samaria that Israel captured in yet another war waged by Egypt, Syria, Iraq, and Jordan.

Surely the territory could be used as a valuable bargaining chip. Land for peace, for normal coexistence with a normal neighbor, a Palestinian state. It’s a reasonable premise,  if you don’t come from Arab lands.

Jews being free makes anti-Jewish racists everywhere mad. And in the region, it drove Arab nations mad.  It was anything but normal for Jews to be sovereign, even on a tiny bit of land. So we were ethnically cleansed from all over the Middle East.  “From the river to the sea” is just a progression of this mentality.

How many “no’s” to every attempt at peace, at every attempt at a Two State Solution does one need, to understand the creation of the Palestinian “movement” has more to do with ridding the land of Jewish/infidel sovereignty than of a Palestinian state? Like it or not these “no’s” come from a long history of Jew hatred.

It’s not a surprise for Mizrahim who actually lived as dhimmis, codified second class citizens under the thumb of Muslim rule. After 1948 Mizrahi Jews  knew their time was up in their native lands. It was no longer “just” harassment, occasional pogroms, racist  legal laws penalizing the Jew, and daily humiliations and reminders to know our place.

The issue of Israel, the infidel Jew, having sovereignty in the region is the root cause of so much suffering in the region.

The refusal by jihad  has never been about the ~750,000 Palestinians who became refugees after the surrounding Arab countries waged a war on Israel they were sure they would win in 1948. That they didn’t win, and Israel survived – the miracle drives Jew haters everywhere mad.

Mizrahim who lived as Arabic Jews, as Sephardic Jews, as Mizrahim, as however we want to identify, have a history. We experienced the fear for our lives, the disdain, the acceptance of our presence in our native lands only as long as we knew our place as second class citizens or worse. The embrace of Nazism during Hitler’s rise to power intensified a deeply embedded anti-Jew prejudice/antisemitism that brought on more suffering.

Why is it so hard to understand and utilize the Mizrahi experience? Mizrahi voices, despite being from the region, have been consistently disrespected by fellow Jews. “Too negative?” Too Arab?

Instead of listening to our experience we are labeled, sadly, by one too many Ashkenazi Jews, both here in the United States and in Israel , as  “too right wing ,” or just plain ignorant “amulet kissers,” but who is the ignoramus here?  Who has refused to understand the region?

American Jews have a deep understanding of the Jim Crow South – I cannot say the same for their understanding or interest in the Mizrahi experience of living as Jews in Arab lands.

It took a civil war that the South lost in the United States to end slavery and begin the long process of integrating African Americans as equals. Racists still can’t.

Close to a million Jews were cast out of their native lands in the Middle East and North Africa, including most of my extended family on both sides, who were still living in Egypt and Iraq in the 1950’s.

In many countries in the Arab world, Israel was the last straw. Jewish liberation in the region was not a thing. There are no Jews left in my mother’s  Iraq today but a new law, perhaps triggered by the Abraham Accords, makes contact with an Israeli a deadly offense.

Our history is “too negative,” a teacher at my granddaughter’ s Jewish high school remarked when he saw Martin Gilbert’s “In Ishmael’s House-A History of Jews in Muslim Lands” sitting on her desk. He betrayed a pervasive resistance among Ashkenazim to learning and teaching about  our experience, our pogroms, our shattered lives as dhimmi.

Poverty, fear, scarcity, and European based racism, put the ~650,000 pauperized Jews from Arab lands behind Ashkenazi Jews in Israel,for several generations. This fact is weaponized  by anti-Zionists without any sense of history, the time in history for a dirt poor besieged Israel, and  how it has changed and continues to change as the world grows out of racism.

These changes happen faster in Israel because we are a People with a shared history getting to know each other again. Because half the population have roots in Arab lands. Because our colors and food and music fit right into the region.

Things are changing– visibly (and audibly) within Israel for sure, and in the Arab world with the Abraham Accords. In Israel, we are not only Jews, in Israel we are all Middle Easterners. Most of us, Mizrahim and Ashkenazim long to live side by side with a Palestinian State.

On a recent trip to Israel one of my highlights was hearing Khaled Yusuf Al Jalahma, the ambassador from Bahrain, warmly share his feelings about getting to know and identify with Israeli Jews – “All Israelis are Arabs even the Ashkenazim,” he joked. It felt validating on many levels including being seen.

About the Author
Rachel Wahba is a San Francisco Bay Area based writer, psychotherapist and the co-founder of Olivia Travel. An Egyptian-Iraqi Jew, Rachel was born in India and grew up stateless in Japan. The many dimensions of her exile and displacement are a constant theme in her professional work as well as her activism as an advisory board member for JIMENA (Jews Indigenous to the Middle East and North Africa).
Related Topics
Related Posts