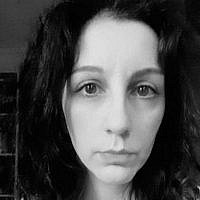 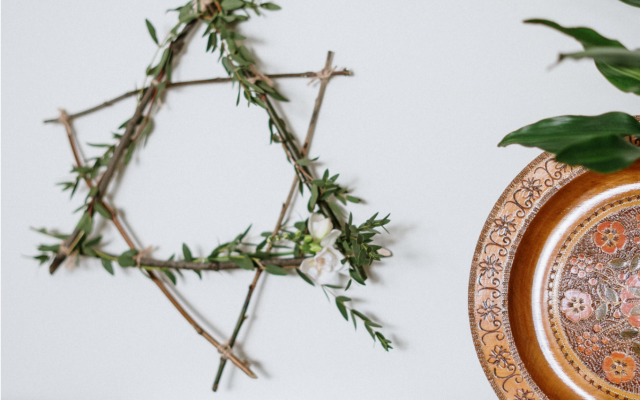 I needed to take a break. Thinking and writing on Israel is a heavy weight on your shoulders, especially if you are living in a country marked by antisemitism (antizionism) and anti-Israelism. So I returned back to my own life, spent time on my own writings, improved my painting skills etc. However, you can’t just close your eyes and forget about what’s going on in the world. I don’t like to play the hero nor do I consider myself a missionary. I am not trying to exaggerate what I have been doing on social media either. In fact, not many people in Turkey are interested. Not even Jews.

I  understand the fact that Jews in Turkey are under pressure but if you never raise your voice, you are doomed to remain under pressure. Sometimes you just have to risk it all to gain some. I wrote about this on Twitter several times. But there is no answer. I sometimes feel like talking to ghosts.

On the other hand, it appears to me that the Jews in diaspora are inclined to ignore Jews of Turkey. I don’t know how American and European Jews perceive them but it seems like they don’t really care about them. They are like any other Jewish community from the Middle East. One might say that if you don’t take yourself seriously, others wouldn’t either. This could be partly true. Maybe if I were a Jew in Turkey, I would leave the country silently instead of remaining and living in the shadows.

Many Turks would say these people are not living in the shadows, they are living like any other Turk does which is a lie. I know that using the word “lie” might sound too much but I can’t simply say this is not true. This is a lie. Jews in Turkey do not live like Jews, they try to live like Turks. Some Jews might say “We are Turks too”. There are plenty of Jewish people in Turkey who feel like Turks. But, in fact, Turk means Muslim. So since you are a Jew, you are not a Turk. I am not talking about my own opinion on Turkishness. For me anyone who feels like a Turk is a Turk. But for the state and for the society here, this is not enough.

Jews of Turkey are not Turks, they are simply Jews. That means they are not one of us. The Jewish minority in Turkey tried so hard to adopt to the newly-founded republic. For example, they were the first minority group to give up their separate school system (“Alliance”) and join the new common education system, first to teach their children Turkish. They were first to change their names and surnames. One of them, Moiz Kohen, became Munis Tekinalp and he was one of the ideologues of Turkish nationalism. What happened then? Nothing. They were still Jews. Then came the campaigns of “Vatandaş Türkçe Konuş!” (Citizen, Speak Turkish), the 1934 Thrace pogroms, the Istanbul pogrom in 1955 (6-7 of September), The wealth tax (Varlık Vergisi), The incident of Twenty classes etc.

Until now they have been striving to survive and prove themselves to be “acceptable citizens”. They even pray for the president and prime ministers every Shabbat on synagogues. What has changed since then? Nothing. Jews are not Turks. Trying something for more than 70 years and getting the same results, makes me think that Jews actually do not consider their lives in Turkey seriously, they are just living it just to live. They have already given up the hope to stay here and become an equal citizen.

Some of my Turkish friends told me to mind my own business and leave Jews alone. I can’t. Because if Jews are not considered as equal citizens, this problem in fact shows our own incompetence to become a democracy. It is our problem. Some people say it is because they are a minority and that is the way it is. Is this true for minorities in Sweden? No. How about the minorities in Denmark? No one says you are a member of a minority so you have to live within the majority-defined limits. We must make this our own problem. My father sometimes laughs at me and says “You have to live one or two centuries to see Turkey changes into the democracy you dream about”. I don’t care. I don’t have to see it. On Twitter, I don’t have many followers. There is a bunch of zionists amongst them who makes me optimistic but generally Turks do not care about the truth in Israel, most of them want to hear about the Hamas propaganda. Most of the Jews in Turkey keep silent and they don’t support me. I don’t expect anything from anyone. I only do what I can do and against all the threats and negative messages, I will try to do my best to continue doing this. I will not quit until I say I am done.