The Blogs
Ruti Mizrachi
Apply for a Blog
Advertisement
Please note that the posts on The Blogs are contributed by third parties. The opinions, facts and any media content in them are presented solely by the authors, and neither The Times of Israel nor its partners assume any responsibility for them. Please contact us in case of abuse. In case of abuse,
Report this post. 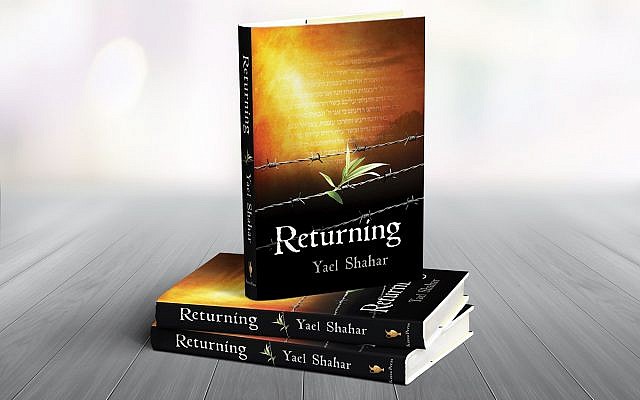 What if you could go back in time and fix that one terrible error you made in your youth? Or even if you couldn’t fix it, you could at least seek resolution and absolution…

There were moments in Yael Shahar’s book, Returning, that resonated deeply with me, certainly with a me of the past. One such moment was when she “took advantage of the many eighteen-wheelers that plied I-35 on their way south. She would single out a truck, throttle the bike up to its full speed to get into the giant vehicle’s slipstream, and ease off the throttle as they were carried behind the truck.” After reading this passage, I knew I could connect with this very down-to-earth author. We already shared a common history.

But very quickly, Ms. Shahar and her characters took me beyond myself, into an excruciatingly different time in history, and to a wondrously different focus on the meaning of reality.

The trip through Returning is an excursion between times, foreign countries, and extremely foreign concepts. Alex, the main character, was a 17-year-old boy caught in the horror machine of the Holocaust. His primal need to survive caused him to accept a role in the hated and feared Sonderkommando in the Birkenau death camp. Several decades later, he struggles to find a way to atone for his choices. God blesses him with a handful of rare individuals willing to hold his hand and heart through this painful process.

I like all five of the principle characters very much, and find myself thoroughly caught up in their ordeal, hoping desperately that they find the answers they are seeking, and absolution. This is difficult writing at its best, allowing us to feel sympathy for the plight of the historically unlovable and seemingly unforgiveable. Ms. Shahar causes the reader to care about two people broken as much by their desire for survival as by the Nazis and their campaign of wanton evil.

The wisdom of the man who is Alex is by turns painfully poignant and inspiring. In his own voice, he allows us to travel inside the tragedy of the Holocaust that stole his family, friends and identity, as well as his relationship with his Creator:

“Will God torture us forever for being Jews?”

“Is this how we’re to be a light unto the nations, as fuel for the fire?”

“The foundation of my existence has been cut from beneath me, leaving me hanging in emptiness. Where once was a vibrant web of ties to others and to God, I find only singed and blackened threads leading into nothingness.”

These poetic words convey for the reader the abject emptiness of spirit wrought by daily life in the camps, especially for those manipulated into being “partners” in crime against their brethren.

Returning also carries with it the terrifying aspect that reality isn’t as we imagine it. Is the apparent time- and space-travel in this story true? Ms. Shahar certainly renders it believable, even for someone like me. I have never had a “spiritual” or “supernormal” experience. No one has ever reached out to me from the beyond. Unlike some of my dearest friends, my dreams have never been touched by visions of angels or demons or predictions of the World to Come. Returning makes me want to believe that such “touching the beyond” is possible, that there is always time to repair what we’ve damaged.

There is so much life-wisdom in this book:

“…beauty is to be found in working within the constraints imposed on us by life.”

“Sometimes the answer to our prayer is the ability to pray at all. Fortunate is he who can see his personal deliverance when it finally comes.”

And more, from wise Alex, who found a miraculous way to carry his story and life-lessons into the future:

“I thought of those times when one quiet smile lit up that impenetrable night, and gave me, if not joy in life, at least a reason to live. There was more power in one of those smiles than in all the weaponry of despair with which the enemy reduced us to silence. In rising above despair, the courage in that smile raised us all – if only for a moment – to the level of immortality.”

“How could one remain resolute in despair when even the act of returning a lost hair pin was a form of communion with God? How could one remain distant from life when the act of biting into a piece of fruit was a motion toward holiness? Judaism is not so much a religion as a civilization. It has inherited some great wisdom and outstanding morals that have stood the test of time, honed down through centuries of caring for one another through hardship and exile.”

Returning is not for the faint of heart – but if empathy for the lives of some of our most misunderstood brethren is important to you, it is a very significant work. One leaves this journey with as many questions as answers, perhaps the most haunting a question to the self: What choices would I have made, in the “choiceless time” of the Shoah? And what should be my opinion of my brothers and sisters and the choices they made?  This powerful telling of a terrible tale has the potential to silence earthly judgment – and replace it with compassion.

with an afterword by Rabbi Nathan Lopes Cardozo

About the Author
After serving in the US military, Ruti Eastman (aka Ruti Mizrachi) married her hero, homeschooled four sons, and intermittently worked in the field of education over a span of 30 years. She has worked in radio, has played in several bands, and teaches harmonica and percussion. Ruti and her family made aliyah in 2007. She currently maintains two blogs, one about Israel, called “Ki Yachol Nuchal!” and the other about general topics such as family, childrearing, marriage, and family history, called “Never Ruthless." Ruti Eastman has published two books of essays on the above topics, both available on Amazon.
Related Topics
Related Posts
Comments